Don Shula, the NFL's most winningest coach who led the Miami Dolphins to the league's
only undefeated season, died Monday at the age of 90.

The Dolphins issued a statement saying that Shula died "peacefully at his home."

"Don Shula was the patriarch of the Miami Dolphins for 50 years," it read. "He brought
the winning edge to our franchise and put the Dolphins and the city of Miami in the
national sports scene. Our deepest thoughts and prayers go out to Mary Anne along with his children Dave, Donna, Sharon, Anne and Mike."

Shula won an NFL-record 347 games (including playoffs). He coached the Dolphins (17-0)
to the league's only undefeated season in 1972, culminating in a 14-7 victory over the
Washington Redskins in Super Bowl VII. 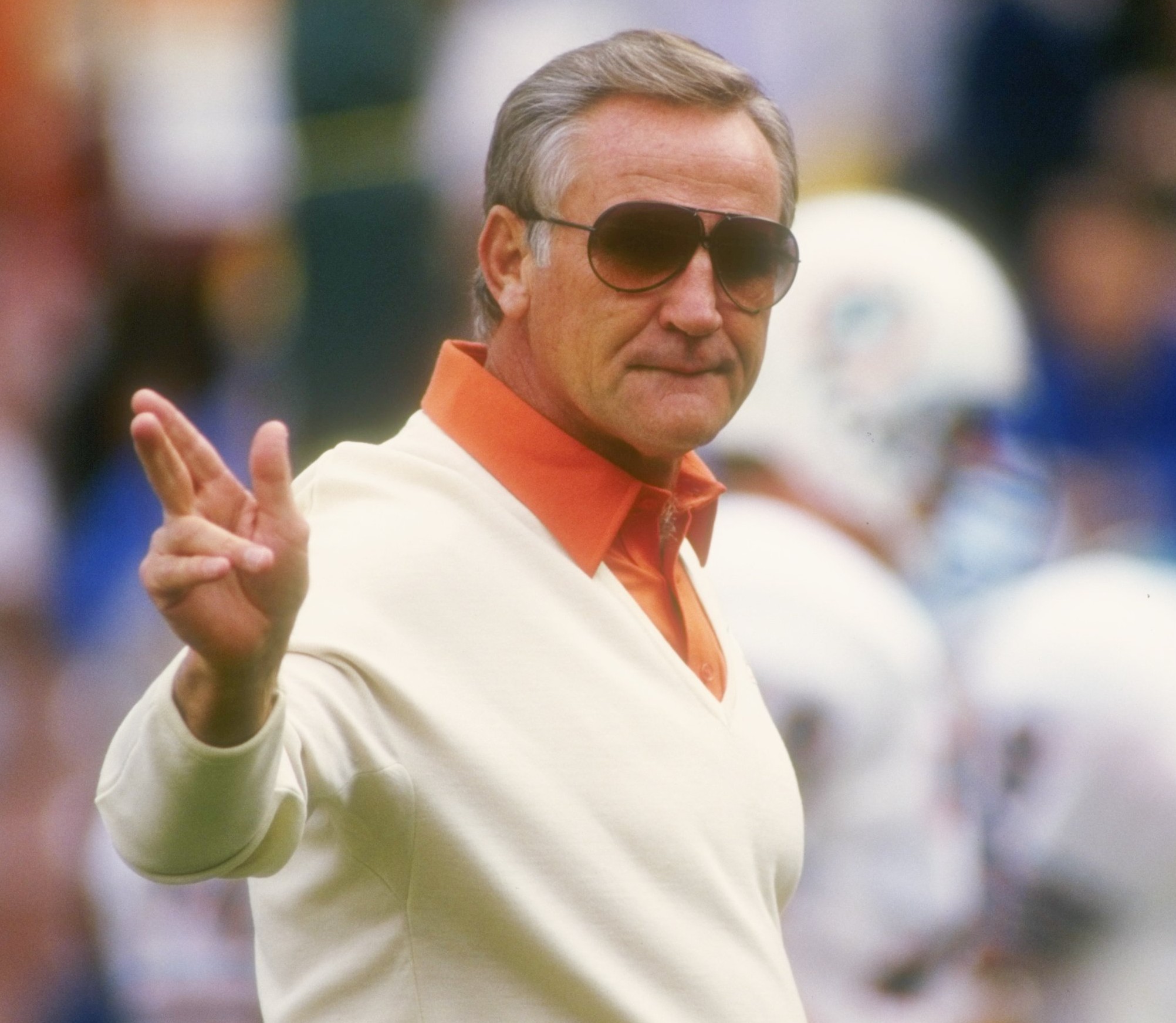