The Sonic the Hedgehog games were introduced in the '90s. The first game came out when I was a teen.

I do not know too much about Sonic. I didn't grow up with Sonic and I wasn't an avid fan. I grew up with Mario. I know a lot more about Mario and company than Sonic. I recall playing a few of the Sonic games but I never beat any of them.

I know about some of the games, the cartoon shows and comics from the '90s and beyond. There gave been a few animated Sonic movies.

The games have declined in popularity since the '90s. Sega no longer produces their own consoles. They make licensed games featuring Sonic and related characters for Nintendo consoles.

The new live-action/CGI movie was originally supposed to be out in theaters in November 2019 but there was so much backlash from fans online about the titular movie character's movie design the studio went back and retweaked it and postponed the film's release until February 2020.

Why are they waiting till now to make and put out a live-action/CGI movie? Why didn't they do that back in the '90s when Sonic was at its peak of popularity?

Is making and putting out the new film a last-ditch effort to stir up interest in Sega and Sonic and the games?

Sonic in its heyday was one of the most popular video game franchises out there. It wasn't as popular as Mario but was still popular.

It is now by far nowhere near as popular as Mario. Mario is still one of the biggest video game franchises in the world, 4 decades going.

That cheesy live-action Super Mario Bros. movie that came out in the early '90s came out at the peak of SMB popularity. SMB fandom was big back in the late '80s to early '90s.
2 Replies
1
Reply Mon 20 Jan, 2020 04:00 am
@JGoldman10,
I don't know, there could be many reasons, chief being that Mario is human and easily cast.

There may not have been the money available or cg wasn't good enough or they may have felt there wasn't enough demand. All sorts of reasons.
1 Reply
1
Reply Mon 20 Jan, 2020 04:22 am
@izzythepush,
To this day I still wonder why John Leguizamo's Luigi didn't have a mustache. Luigi's handlebar mustache is his trademark.
1 Reply
1
Reply Mon 20 Jan, 2020 05:11 am
@JGoldman10,
Maybe it was ripped off by a mental patient like in High Anxiety. 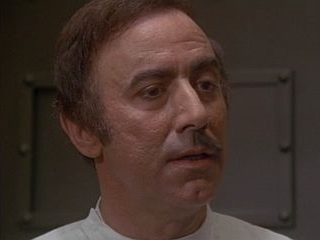 Sorry I watched that film again yesterday and it's still very fresh in my mind.
0 Replies
2
Reply Mon 20 Jan, 2020 05:19 am
@JGoldman10,
According to the CEO of Sega, when he announced the live action Sonic movie:

Like with this CG animation production, we would like to expand our business into other entertainment areas beyond what we are currently involved.

Presumably, this meant that Sega wanted to focus on their games and the occasional animated shows in the 1990s. Considering how bad the live action Mario Bros film was, it is possible that Sega had wanted to avoid a similar mistake in the 90s.

If so, who would want to watch those?

Space Invaders could work as a movie. However the characters from the game appeared in the movie Pixels. The plot of the movie involved aliens using classic video game icons from the '80s (and weirdly other '80s digital pop culture icons) to invade Earth.

How would a Pong movie work? What backstory would it have?

Why didn't they make the movie back in the '90s? Why are they waiting till now?

That cheesy live-action Super Mario Bros. movie that came out in the early '90s came out at the peak of SMB popularity. SMB fandom was big back in the late '80s to early '90s.


Not sure why you think this would be a valid point for creating and releasing a Sonic film decades ago. Super Mario Bros is a completely different system and fanbase. Not sure why you think they're the same. Also, bringing up this expensive turd of a flop is further proof that other studios wouldn't risk making and releasing a Sonic adaptation back in the 90s. Studios are pretty risk averse.

I wonder why that is, there's so much original source material.

Wait?! Isn't Sonic the Hedgehog based on the lead character from Shakespeare's Richard II?

BUT, it is possible to make a story out of those games, if one makes some significant creative choices. There is also no guarantee that the story will be any good.
2 Replies
1
Reply Mon 20 Jan, 2020 01:36 pm
@tsarstepan,
I think the earliest example of a feature film to use CGI-animated characters in it was the first live-action/animated Flintstones movie from the early 1990's.
The Mask with Jim Carrey had CGI animation in it too.

1 Reply
1
Reply Mon 20 Jan, 2020 01:42 pm
@Rebelofnj,
You could make a cartoon, comic or movie out of Centipede or Millipede. Both of those games have backstories.

You can give a game like Dug Dug a backstory.
1 Reply