What will probably happen

Forums: Congress, House Of Representatives, Trump, Impeachment, Midterms
Email this Topic • Print this Page
1
Reply Mon 19 Nov, 2018 05:58 pm
@ehBeth,
What, if any, do you see as available avenues that could result in 45 being held to account for anything?
1 Reply
2
Reply Mon 19 Nov, 2018 06:05 pm
@snood,
I suspect that at least one of the current criminal investigations about his ongoing business activities/emoluments will eventually take him down figuratively. Or something Kushner's family does will literally take him down.

https://www.wnycstudios.org/story/trump-inc-emolument-suit-against-trump-moving-ahead
0 Replies
1
Reply Mon 19 Nov, 2018 08:28 pm
@tsarstepan,
Mueller is a smart attorney. A lot of his work could go through state courts, and Plump can't pardon people convicted in state courts. There is such a thing as a statute of limitations--and once Plump is out of office, none of those statutes of limitations would have expired. The fat boy can be tried when he no longer has the immunity of office.

Even if none of that happens, impeachment would be a futile gesture.
0 Replies
1
Reply Tue 20 Nov, 2018 01:11 am
@ehBeth,
What do you mean by some pretty strong, non-DC standard opinions? Are you talking about Washington, D.C.? I'm just confused.
2 Replies
2
Reply Tue 20 Nov, 2018 01:57 am
@glitterbag,
Sounds better than 'thinking outside the box". I hate those old business buzzwords.

They haven't been indoctrinated into the Washington D.C. culture.
1 Reply
1
Reply Tue 20 Nov, 2018 02:21 am
@roger,
I know everyone talks about the D.C. culture, but in every other culture that absorbs a varied number of people from all the States learns to find a balance. When I went to work for DoD, the draft was still in place and we had people (enlisted and civilian) from every state in the nation. It was our strength, yes occasionally there would be fire works between a guy from Boston and a guy from Savannah...I remember a huge hullabaloo between 2 men from different parts of the East Coast locked in a battle royale over the correct pronunciation of the word 'creek'........is it 'crik' or 'creek'.... So everyone else thought it was nuts, but it didn't matter because we always did our job. I could loath the gal next to me but I could trust her.

That's what I think this D.C. crap is about....it got perverse along the way...elected officials stated to glom onto just the party and not the people/voters they are supposed to be representing.

The States need to start sending better people to Washington, we are awash with idiots, and it has to stop.

0 Replies
2
Reply Tue 20 Nov, 2018 04:03 pm
To me, this question of what's going to happen with 45 is taking on even more significance with the latest news cycles . Since it has begun to sink in with 45 that he is going to have to deal with a hostile House of Representatives, I think he has dug in even deeper with his defiant lies.

It's almost as if he's intentionally setting up a showdown to prove once and for all that he is beyond the reach of any kind of justice. Look at his brazen dismissal of the CIA assessment that MSB was responsible for Khashoggi's death. He really believes him and his brood can do any damn thing they please (I'm sure they don't take seriously any questions about Ivanka's emails).

So, I'm really curious to see if anyone can prove him wrong; whether he can basically get away with anything, or if he actually is made to account for the things he's done. 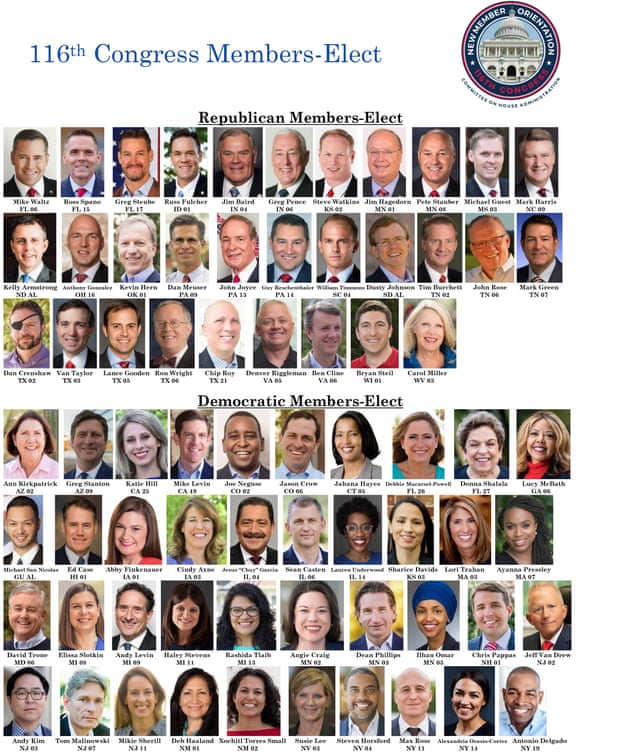 Pundits like to say that no one - not even the president is above the law. Trump is finished regardless. This episode will go down in history as one of America's most shameful political errors.


I want to believe that. But ever since November 9th, 2016 I've begun to believe that this country is capable of aspiring to much less reasonable outcomes. Now it's just as easy for me to imagine 45 being basically undamaged by all the investigations, getting reelected and continuing to **** on us as it is to think of him as being "finished", or even shamed. But I hope you're right.
0 Replies
1
Reply Sun 25 Nov, 2018 12:05 pm
@Setanta,
YAAAR, we be votin fer Danny Crenshawwrr.
0 Replies