Bulmsbriefs, it's awfully hard to eat or drink with a mask on.

Specifically, just how scientific it actually is. As it turns out, not very. What we have instead of magical thinking. "If I just wear this (totem) on my face, the evil spirits that cause illness will be driven away." Yes, really. That's the sort of nonsense you believe when you buy into mask doctrine. That somehow, a real disease will be warded off simply by playing along and going with the program.
Well, how effective is that? It turns out, that any real disease is usually only a few atoms large, whereas most masks have holes several millimeters across. Here's the fun part. While being totally ineffective at preventing incoming disease (during the middle period of COVID hysteria, skeptics compared this to trying to stop mosquitos with chain link fencing), it is totally effective at limiting oxygen and trapping body soils and carbon dioxide. Here's an experiment. Wear the same socks for about four days. Then check your feet. You'll notice that bacteria grew in the heat and sweat, and now your feet stink. Well, this is what happens to your face. My aunt reused her masks. She developed respiratory problems and had to be on an oxygen tank for nearly a month. This is not saying "masks made her sick, so rawrrr no masks" though reusing one did make her sick. This is saying that the vast majority of the public cannot be trusted not to incubate bacteria inside the masks they wear.

You'll notice above that I said twice "any real disease." COVID is not a real disease. The symptoms are typically acquired by one of three things: (1) staying indoors, (2) breathing in crappy air from the inside of your mask, (3) actually being injected with God-knows-what.
I and my family sometimes get sick from cause #1. This is called getting pneumonia from dust and indoor air pollution. We can't help that, as there is often nowhere interesting to go. Even so, when I go outdoors for a hike or to a nice restaurant (our state has stopped enforcing mask rules), I feel sizably better than I had in weeks of sitting around the house.
I happen to know COVID isn't real, as a consequence of a serious of family trips we took, where in more than one instance, people were gathered outside, and no masks were worn. There was a fairly big crowd, but nary a cough or sneeze among them. In one instance, I was on the beach, and there must have been thirty or so people not following the science. None of them even looked like they had a fever. Meanwhile, despite getting jabbed up

So, if it's not a real disease, what is it? Well, a combination of conditioned response (think placebo medicine, and you've got a good grasp on things) and poor preventative health. People have been treating their bodies lousy by not getting enough exercise or fresh air, both of which will stop this "pandemic" in its tracks. And they've been avoiding people to the point of social allergy. This video explains what social allergy looks like, and it's not pretty, particularly since it is all in the main character's head.

As a result of past trauma, the male lead literally cannot touch other people, or so he believes. A conditioned response.

Let's talk about the original point, the wearing a mask in a restaurant. We'll use a Chinese restaurant as an example. Both you and I enter the restaurant at about the same time. I'm assuming that you didn't have your mask on before the restaurant but I don't you well enough to be sure of that guess. Outside, there is plenty of pollen, mildew, and other things in the air. In fact, all of these things could potentially make you sick, but you ignored them until the restaurant. Or maybe you didn't. Maybe you wear the mask everywhere outside your own home, despite your home itself having mold or mildew or dust as a concern. Or maybe you're a nutter and wear your mask even while sleeping and showering. I'm not gonna comment any more about the air inside the mask, or how it is potentially made in dirty factories using subpar ingredients and how cloth or plastic filaments may get in your lungs with every breath. Instead I'll comment on how virtually everyone who wears a mask employs some degree of magical thinking:

1. "I don't need to wear a mask here (outside/in my own home/where no people are) but when I go into this place it is UNSAFE because THOSE PEOPLE are nearby." Yup, tracing mask thinking back enough reveals a sort of bigotry against other people.
2. "Those people should be wearing masks, but these people don't need to." Watch any Dancing With The Stars, and you'll realize that there is a class system when it comes to this. The announcers and dancers are all maskless, but the audience is expected to "follow the science."
https://www.foxnews.com/opinion/emmys-covid-caste-system-david-marcus
With a real disease, it doesn't matter how rich or famous you are. Oh yes, but Madonna says "we are all in this together." Is that so? So why is it that when actors get together, all the celebrities go maskless, while the security and the staff (the "help") must mask up or lose their jobs? 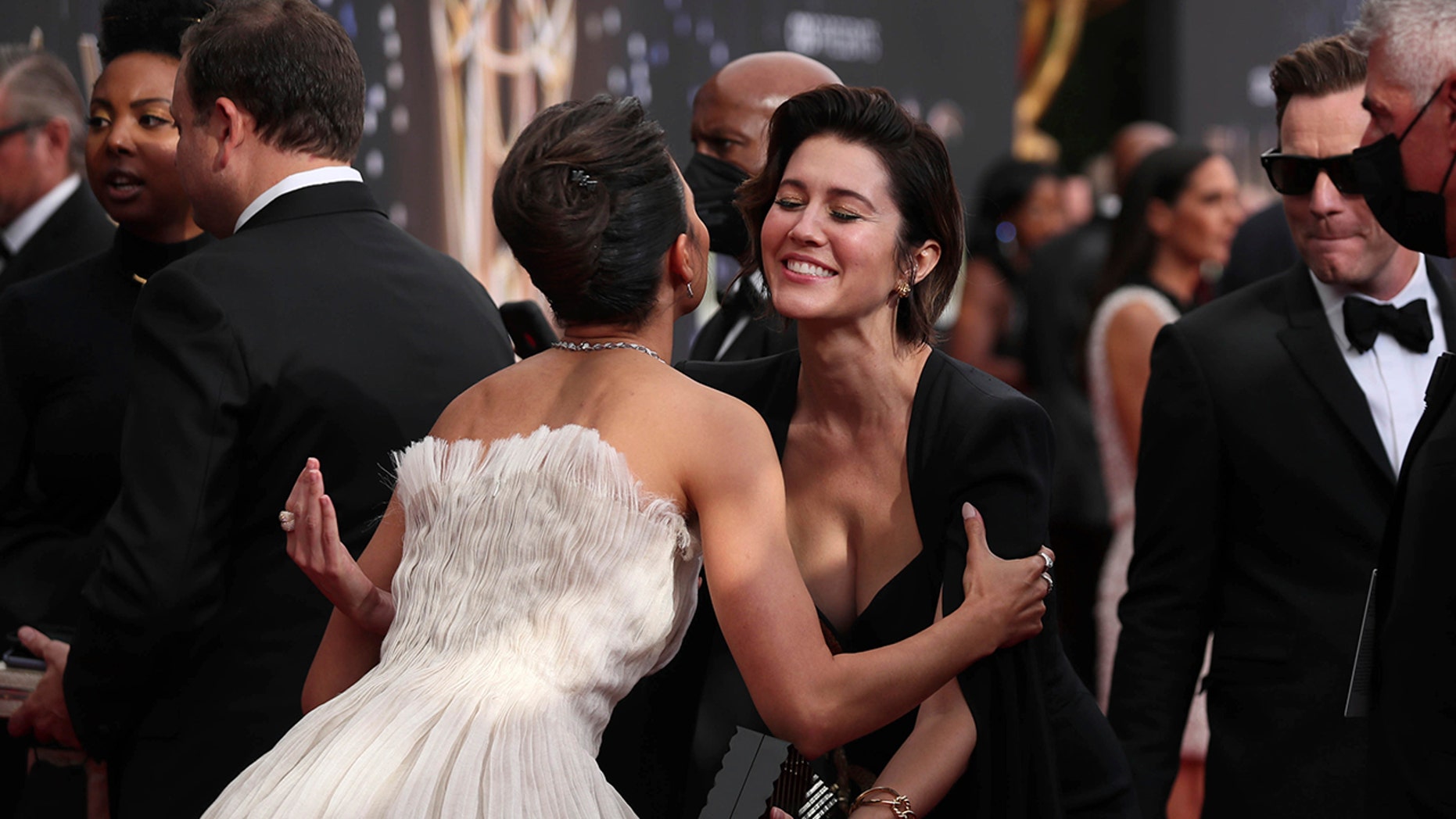 3. "I should wear a mask here but not for this activity. I'll be safe for this but not that." Which is the main point in the signature. If it were a safe room to start with, there was no reason to put the mask on. If it is not a safe room, and there are cockroaches and rat droppings, then you will get sick regardless. But this business of thinking that the 15 minutes or so that you take off your mask to eat, the big scary COVID will respect that you're eating and not bother you... seriously? A real disease would continue to make you sick with or without a mask. A fake disease will not make you sick regardless. All this is just posturing, and I suspect you know it.
4. "I will not notice that other people aren't getting sick for not wearing masks. I'm sure they'll get punished by the god that I don't believe in." In the above example, I came in without a mask and promptly sat down before anyone could mention anything. For all anyone looking outside knows, I just took my mask off when I ate. Only I didn't. I never wore one to start with. I am sitting here perfectly fine, while you are meanwhile acting like you failed a Spot check.

You'll be quick to point out some anecdotal about some guy who denied COVID then died of it. Did they? Did they really? Or were they disappeared by Big State?

Which is what this is mostly about, the exploitation of State using a "disease" to broadly suspend rights. I'm sorry, but I haven't seen any disease. What I have seen is Harry Harlow's "Pit of Despair" experiment. Lock a monkey alone in a room for months and watch them unravel.
https://psychology.fandom.com/wiki/Pit_of_despair
We're the monkeys here, and it's had an adverse effect both on our physical health (stuffy air isn't good for you, neither is lack of exercise) and our psychological health (there is a generation of COVID children now, that will be completely ill-adapted to normal social interactions). Fauci in any just world, would be tried and convicted for crimes against humanity. Instead, he gets to draw his pension, while the rest of us are still neurotic.

It's hard to see the world through republican virtual reality too.

That's funny. Republicans are notorious Luddites and reject stuff like virtual reality. So you might want to explain why Liberals, pumped up as they are with virtual reality, augmented reality, hallucinogenic drugs, and trippy imagery have a corner market on reality. Because it seems like they do everything they can to warp their perception of reality.
0 Replies
3
Reply Fri 29 Apr, 2022 11:56 pm
@Yalow,
Bulmabriefs is a flat earther, totally delusional don't waste your time.
2 Replies
-2
Reply Sat 30 Apr, 2022 06:06 am
@izzythepush,
So what?

You cannot address this inconsistency.

You can't explain why these celebs are hugging and such without a mask, but the guy directly behind them (staff working there) has one on.

I can. It's because this is a caste system. Important people don't have to follow the rules.

It must be nice to call other people deluded.

A spade is a spade, unless it is actually a joker...

Bulmabriefs144, you are a fool on so many topics it is hard to find even one that you right on.

No, I don't do faith without examination. Investigate, then believe.

Jesus blessed those who believe without seeing, but he didn't say Thomas was wrong for wanting to touch stuff. On the contrary, many scientists have been led to God by this exact process. As has investigative reporter Lee Strobel.

I suspect the one who has more faith is you.
After all, it only takes being told a few lies as a child and being shown some poor quality photos from NASA, and you're convinced. 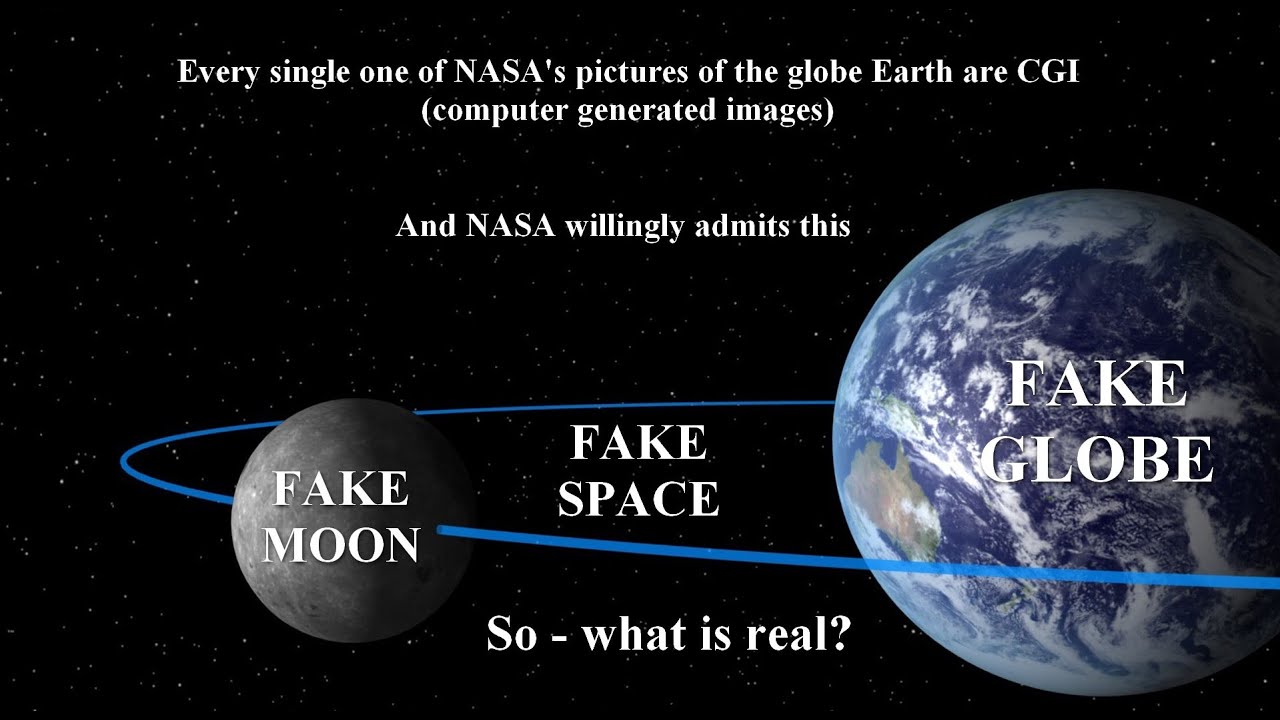 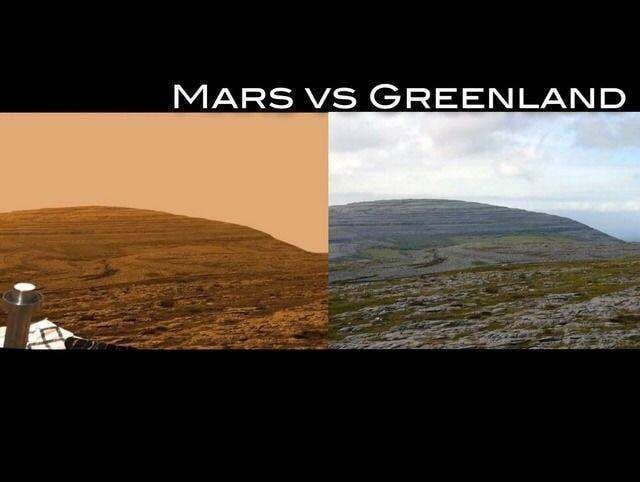 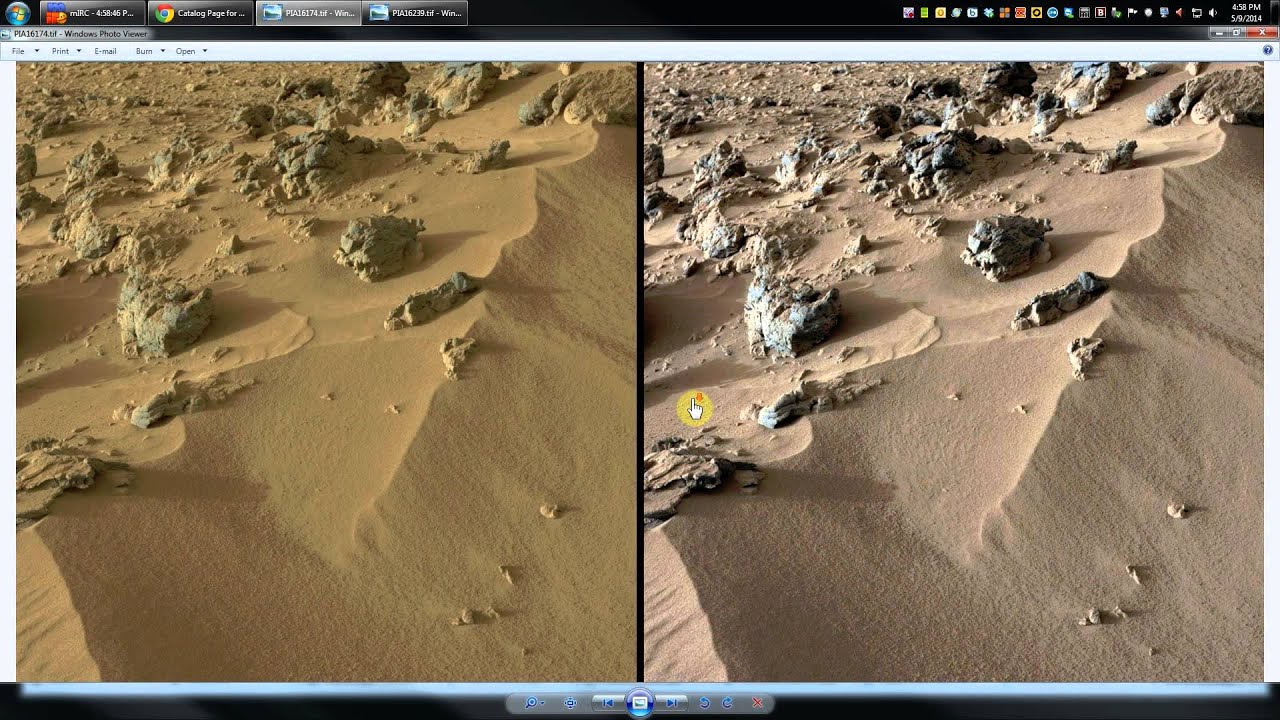 Well this picture won't be awkward. This time, Mars Rover was sure to get a good shot... 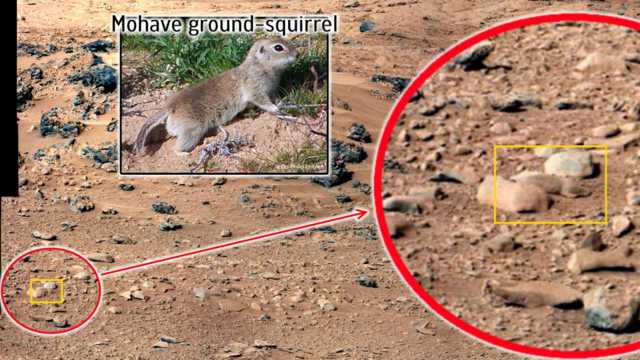 Not awkward at all! 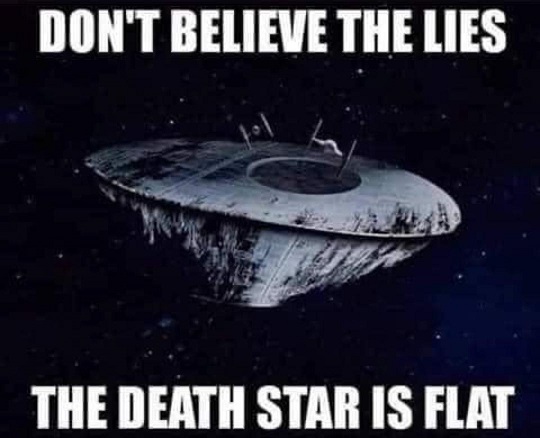 1 Reply
-1
Reply Thu 5 May, 2022 09:46 pm
@Region Philbis,
So basically nobody there could explain why those NASA pictures looked so similar.

You can't teach someone as stupid as you.

How can we be sure that all religions are wrong? - Discussion by reasoning logic
What if no religions are correct, but there still is a God? - Question by neologist
We are all like little children who often say: "Mom, Dad, leave me alone, I want to be on my own". - Question by Leaffan
Beyond tribalism; How well does your religious label serve you? - Discussion by MattDavis
Is religion responsible for the opposition to peace in the Israel-Palestine conflict? - Question by maxdancona
Concern for Religious Freedom or Preaching Political Messages? - Discussion by wandeljw
Why believe in god? The theist perspective. - Discussion by msolga
Why People Seek Solace In Gods. - Question by mark noble
Catholic remarried couples should abstain from sex - Question by Tes yeux noirs
How can a good God allow suffering - Question by SawyerMentink
Religion and Fear - Discussion by TomTomBinks
Copyright © 2022 MadLab, LLC :: Terms of Service :: Privacy Policy :: Page generated in 0.05 seconds on 09/24/2022 at 04:56:02
▲ ▼