Forums: Religion, Evangelism, Bible
Email this Topic • Print this Page
-1
Reply Thu 30 Jun, 2022 11:14 am
@izzythepush,
You've confused the right to arm yourself against the government with right to abortion, apparently.

Meanwhile, women get raped and murdered by sickos.

If the NRA was allowed to make commercials, it would go down like this...

A woman is living in California. She is asked to drop her weapons into some disposal box with a woke name like Peace For Our Childtren. She buys the rhetoric, and empties out her purse of her glock pistol and silencer. A few days later, she meets Some Guy in a bar. This guy brutally rapes her, as she reaches into her purse to find something to use against him. Oh wait, she turned in her gun. She impotently swings her keychain at him, he gets slightly scratched, loses his **** and tries to strangle her to death. The commercial ends with "WITHOUT GUNS, THIS CAN HAPPEN TO YOU" and in smaller text, "Guns prevent an estimated 2.5 million crimes a year, or 6,849 every day. Most often, the gun is never fired, and no blood is shed. "
https://fee.org/articles/guns-prevent-thousands-of-crimes-every-day-research-show/

Instead we have sponsored adds like End Family Fire, which always employs a "think of the children" excuse for leaving your family COMPLETELY UNARMED against a violent intruder. Oh but you can have ADT, and they'll come by in like... twenty minutes. After it's too late, and the man has murdered everyone.
1 Reply
2
Reply Thu 30 Jun, 2022 11:17 am
@bulmabriefs144,
You've confused me for someone who is interested.

You have to be the dullest, slack jawed poster, on A2K.

I never read more than the first sentence because it's not worth it.

You can stick your disgusting 2nd ammendment where the sun don't shine.
1 Reply
-1
Reply Thu 30 Jun, 2022 11:19 am
@izzythepush,
So you admit that you're not capable of comprehending more than one sentence?

You also aren't aware that most of the left leaders who tell everyone to give up guns in fact have bodyguards. Protection for me, but none for you. Hmmmmmm...
https://www.learnaboutguns.com/2008/04/16/a-double-standard-anti-gun-politicians-and-their-gun-toting-bodyguards/


0 Replies
0
Reply Thu 30 Jun, 2022 11:49 am
@TheCobbler,
Eva-angel-lion ( Evangalists, Evangelism ) is basically a combine of the old reference to god ( in terms of Roman Empire idea of gods, goddesses, ) to the new method of thinking ( One God, Jesus, and etc prophets ).

In General Evangelism is a combine of all religious structures so that they all could exist as one.

However in reality it was a way to push the idea of one god on to everybody during the identity of Christianity while it was forming.

In Japan for instance they were executing people for accepting Christianity from western invaders, traders, etc. People would have the "hidden Cross" worn around their necks so they would blend in with the eastern religious structures like Shinto or ____Buddhism.

Looking at the Roman Empire which eventually crucified Christ and the eastern methodology and thinking when it came to foreigners at various points of history. You could be jailed, put on public display, or even put to death.

Think of it like Kabbala for Judaism. Reality they call it ____ but it is really leaning towards Judaism. It is like somebody could say "religious freedom" but in reality your star-gazers, and paganism could actually just be cult, satanists.

Like the ole saying "Here try this apple it is okay I ate one".
However with Evangelism your actually preaching the word of the one god, while accepting the old method of belief.

Christianity for example is not one root or one method as with Judaism or even Islam. It has many roots and methods of belief system, with a similar idea.

In Judiasm for example their is something called Chabad-movement. That is a branch of Judaism still active today started by somebody with the last name of Mendelson. The idea was to keep Jewery ( Jewish business, lives, economics, etc ) out of non-Jews ( gentiles = which is a discriminating term as well ) lives, minds, etc. Keep people who grew up in Jewish families or who are blood related from Jewish homes in the loop for further recruitment ( fresh blood ).

Think of Evangelism as with Chabad. Your recruiting people into Christianity without disturbing their other beliefs. Like saying "it is going to be okay" when in reality you know and I know what they really want. To get you to be inside the flock and start popping out babies, just to keep the whole thing going.

Again Evangelism was started while people in the Roman Empire was still respected the "gods" of the time.

"Spread the word of god"
"recruit more people for god"

Eventually with the slave filled Roman empire ( where you could not tell slave from non-slave ). back by the military you had a force to be recon with.

Then came imperialism via the missionaries backed by the Knights of Templar.

Point being people complain about Muhammad being a military force when in reality they do not talk about how he really had no choice at that point or even how the same could be said for Christianity via Evangelists, in the Roman Empire. That became the Catholic Roman Empire.

1 Reply
-2
Reply Mon 4 Jul, 2022 07:19 am
@PoliteMight,
This is actually a correct definition of evangelism. Unlike anything Cobbler said. But there's an inherent bias where people have come to see evangelism as a great nuisance, and nobody wants to do it anymore.

The thing is, I believe in religious freedom. You wanna pray to Marduk, Molech, or Moana, that's kinda up to you. But the reality of things is that evangelism happens far less than you seem to think, and the world without religious direction is... *ahem* 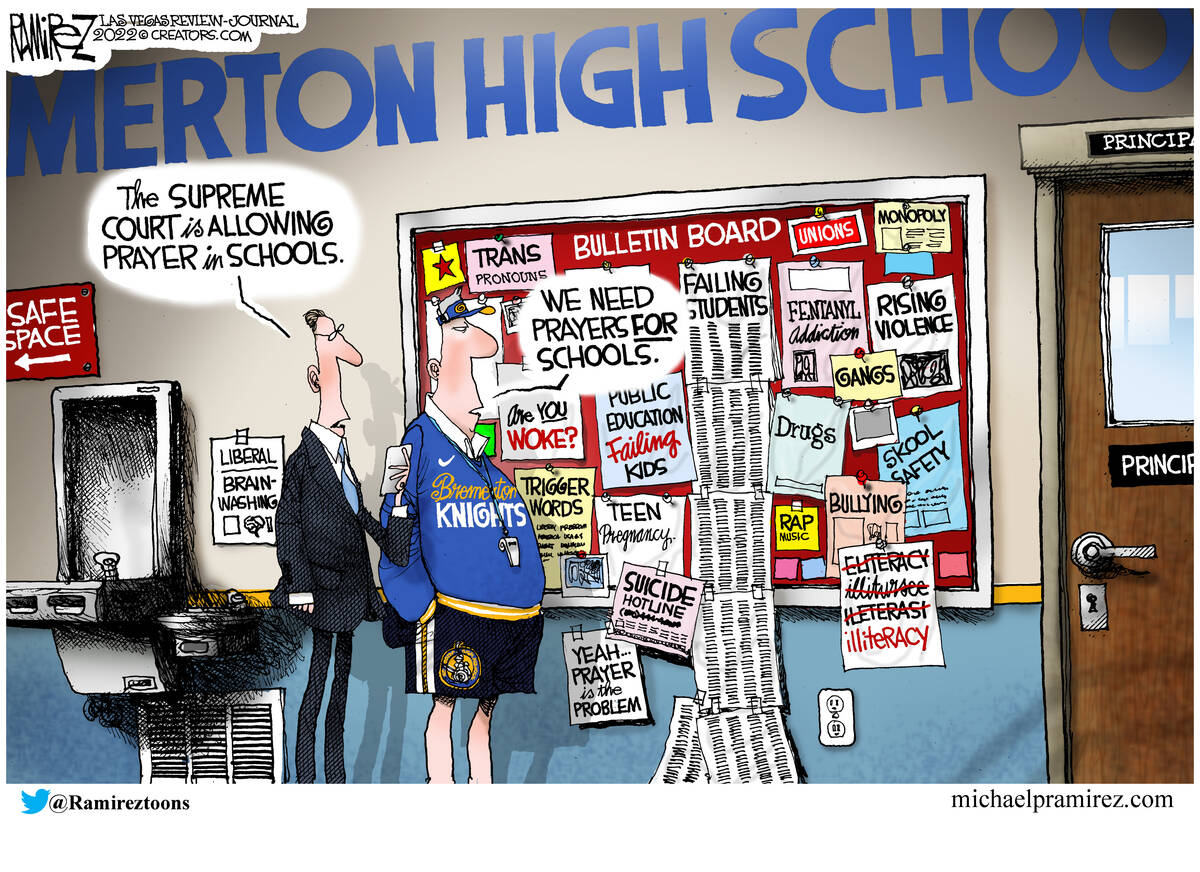 A bit violent, drug-addicted, and weird? Without any religion, there is a sense of nihilism that one can literally pick up from reading the newspaper. Outside of Israel, religion generally is not the problem, it's everything else.

I don't need people to accept that God's name is Kyria or Emily or Broseph. I don't need people to circle around a block or look at a mandala or offer grain to Izanagi or whatever. But I think people are way past needing a strong sense of purpose into not having any at all, and I don't think woke culture gave any to them. Suicide and drug use is a pretty big hint there. People tend to abuse their bodies when they don't feel a part of things.

In a given day, you should choose what you will serve. If you won't serve God, choose something else. That nothing else has been chosen is rather apparent.
0 Replies

How can we be sure that all religions are wrong? - Discussion by reasoning logic
What if no religions are correct, but there still is a God? - Question by neologist
We are all like little children who often say: "Mom, Dad, leave me alone, I want to be on my own". - Question by Leaffan
Beyond tribalism; How well does your religious label serve you? - Discussion by MattDavis
Is religion responsible for the opposition to peace in the Israel-Palestine conflict? - Question by maxdancona
Concern for Religious Freedom or Preaching Political Messages? - Discussion by wandeljw
Why believe in god? The theist perspective. - Discussion by msolga
Why People Seek Solace In Gods. - Question by mark noble
Catholic remarried couples should abstain from sex - Question by Tes yeux noirs
How can a good God allow suffering - Question by SawyerMentink
Religion and Fear - Discussion by TomTomBinks
Copyright © 2022 MadLab, LLC :: Terms of Service :: Privacy Policy :: Page generated in 0.05 seconds on 08/08/2022 at 08:47:25
▲ ▼