Cars - for those who love them

Forums: Sports Cars, Cars, Automobiles
Email this Topic • Print this Page
Tue 29 Nov, 2016 05:45 am
Leadfoot and I, discovering both of us have or had owned the BMW Z3, deemed the lack of an automotive thread here as a deficiency in need of remedy.

I'll start this off with some personal stuff. When my twin brother and I were 18 or 19, I bought my first car, an Austin Healey Sprite and he picked up an MG Midget. They were the same car with a few decorative changes At that same point in time, dad had a Volvo and our older brother had a Morgan Plus 4 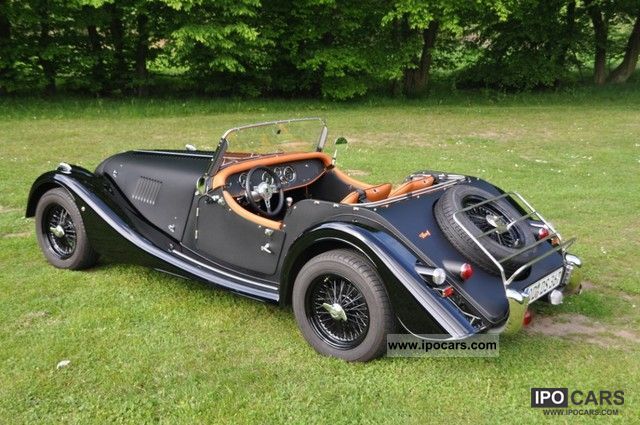 We had, without question, the coolest driveway in town. Our older brother went on to race (as did some of his friends) and did ground-up restoration of a couple of Lotus Elans one of which won Best in Show (Lotus) at the Vancouver British Car Show. He also did a full restore of a Formula V car which was one of the vehicles he raced.

And here's the Z3 that was mentioned up top. This is the car I presently drive. And I love this car. It's a 6 cylinder 2.5 and light so it has agreeable zip. Handling is delightful and the shift throw tight and slick.

Type: Discussion • Score: 10 • Views: 53,559 • Replies: 232
Topic Closed
1
Tue 29 Nov, 2016 06:04 am
One anecdote I ought to have noted. Our mom was chubby Mennonite woman and whenever she could, she'd take our brother's Morgan out to go shopping. Always with a very big smile on her face. She was an unusual Mennonite woman who'd always wished she'd lived a life as a black torch singer. We were terribly fond of each other except now and again when, for example, I'd get expelled from school (twice) or such.
0 Replies
1
Tue 29 Nov, 2016 06:25 am
@blatham,
Thanks for the thread! Now I'm gonna have to master how to post pix on A2K.

That XK E is the only sports car that looks as good as the Z3. Mine's a Sienna Red with a 3.0. Had a temporary case of insanity one week and put nitrous injection on it. The after burner effect was cool for a day but it was stupid and I took it off a week later. Thought about replacing it with a Z4 but they just aren't as pretty. The XK E and Z3 will never go out of style.

I'd love to have a Lotus 7 and been slowly modifying a Polaris Slingshot to mimic one. Got the rad scoop done and added the 4th wheel already.

Have a 23 T-Bucket Rod but it drives about like you would expect a 1920's Ford with 400 HP to - barely controllable. Trying to improve the steering (5 1/2 turns lock to lock!) and handling but I think it's a losing battle.

The RX-7 'deer victim' is retired but may become a track day car.

My Z3 is Impala Brown. It's a rare color and I don't recall ever seeing one before. As it turns out, in this little town where I live there's another in that color.

Your description of the 23 rod scares the crap out of me just thinking about controlling the beast.

I'm quite fond of the design of the newest iteration of the Z4, particularly with folding hardtop up. But the 3 is damned cute. Almost got an Audi TT roadster (gorgeous shape) but someone beat me to it. The appeal wasn't about driving but rather my love of the design and Audi's interiors (had an A4 cabriolet for a while and liked it a lot).

To post an image, two steps:
1) find your image, right click and choose "copy image address"
2) paste into your post and then highlight it and click on the Img box up top.
0 Replies
1
Tue 29 Nov, 2016 06:46 am
If talking about beauty in automotive design, I'm an absolute sucker for the work of Bugatti, father and son. That's where I think the pinnacle was reached.

Please join in as the urge arises.
0 Replies
1
Tue 29 Nov, 2016 08:37 am
What shall I say? My favourite cars have been Jaguar, Woolsley, Riley for their beautiful shape. There are a few Saab which I like.
I like old timers, because you do motoring and not driving.
Do you understand what I mean?
My father did some racing as a young man - 120 kilometres an hour in those days. But on the road he was motoring.
1 Reply
1
Tue 29 Nov, 2016 01:14 pm
@saab,
I'm guessing your an Englishman. I've always been smitten by Jags (except in that horrid recent period where Ford owned them). The XK 120 coupe is an example and if I had my wishes, I'd probably pick that over the E type And yes, I understand your use of "motoring". But I also really love snaking around corners.

As I'm Canadian, there were quite a few Brit cars around as I grew up. Lots of Austins and Riley's (less common), Lotus, MG, Mini, Vauxhall, etc. A couple of months ago, I met a fellow here who has two TVRs.
1 Reply
1
Tue 29 Nov, 2016 02:48 pm
I love the thread too. Brings back memories, about which I'll go on and on sometime later. My cars have oft been wretched oldies, but loved a lot of the time anyway; then there are the boyfriends' cars stories.. and later my husband's car stories.
1 Reply
2
Tue 29 Nov, 2016 03:49 pm
@ossobucotemp,
Yes, it's altogether fun, isn't it. One can go back and recall those seminal events at the local drive-in movie theaters. Or working out how to get undressed and properly positioned to make love in a teeny two-seater (somehow, the problems got solved). And all that stuff so well portrayed in Lucas' American Graffiti. Or there's the Worst Car memories.

My worst car was a Lada. A neighbor gave it to me. It was three years old and I had it for a couple of months before a wheel fell off. The Russians had cut a deal with Fiat to reproduce their worst car and, being Russians, they managed to make it even worse. They had agreed to produce only for the Russian markets but, being Russians, they said screw that, there's money to be made. The last time I saw it, it was engulfed in flames in a field where I'd parked it. Kids these days.
1 Reply
1
Tue 29 Nov, 2016 04:32 pm
@blatham,
Tried a dune buggy?
1 Reply
3
Tue 29 Nov, 2016 04:43 pm
@blatham,
Let's see if I got this pix posting thing right.
Bugatti was an amazing designer. Here is a plane from Bugatti in 1939. It looks futuristic even today. Right, the car is amazing too. 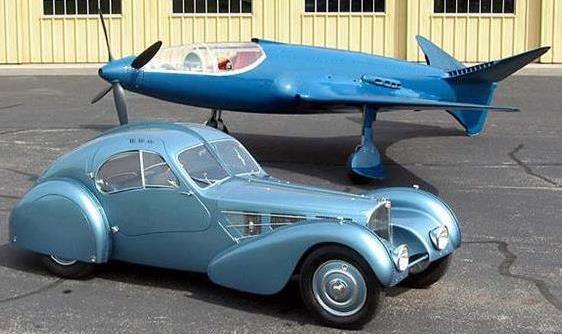 The war kept it from being completed in time for the world air racing competition it was designed for.
3 Replies
1
Tue 29 Nov, 2016 04:56 pm
@Leadfoot,
Long ago and far away I went to an italian car show with second time around school friends, me in my early 40's, in Pasadena, early 80's, somewhat before I became an annoying italy interested person. The woman who got a bunch of us from design class to go was/is Chinese. The show was fantastic, Bugatti and more. No camera with me, though I'm not sure they'd have allowed them. 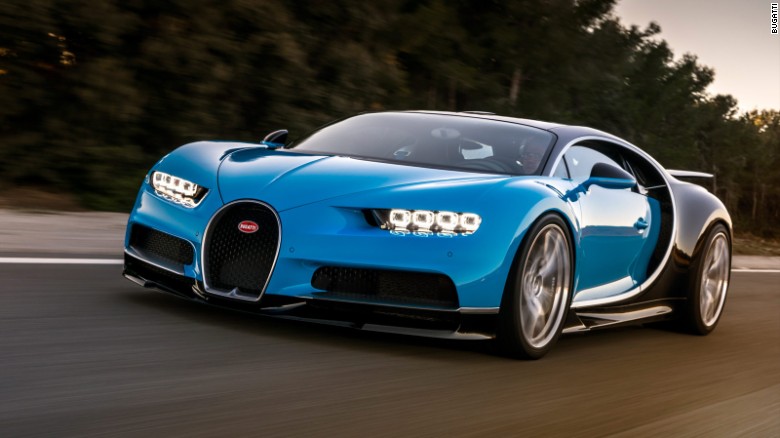 The latest from Bugatti is the Chiron. And only $2.5M

Not for the activity to which we were alluding. But one day, a friend and I seriously stoned on hashish won a four hour car rally. We were surprised. Mind you, the competition was modest. Two young ladies had made some error in following directions and were proceeding confidently down entirely the wrong road. There next instruction read, "Turn left on the first road you come to". They did. It was the Trans Canada Highway and being confident they had things right, they turned into the oncoming traffic. True story.
1 Reply
2
Tue 29 Nov, 2016 05:37 pm
@Leadfoot,
Quote:

I have never seen that plane before. That's incredible! The car is the 57SC Atlantic, designed by the son if I recall correctly. Ralph Lauren had one and it appears very briefly in the opening of seconds of Downton Abbey.
0 Replies
1
Tue 29 Nov, 2016 05:39 pm
@Leadfoot,
I expect you'll like this one Let's see if I got this pix posting thing right.
Bugatti was an amazing designer. Here is a plane from Bugatti in 1939. It looks futuristic even today. Right, the car is amazing too.

Gives a special meaning to tail dragger, doesn't it.?
0 Replies