Defend to the best of your ability the opposite of your beliefs.

Forums: Philosophy, Beliefs, Opposite
Email this Topic • Print this Page
1
Reply Tue 1 Mar, 2016 04:19 pm
@Fil Albuquerque,
I'm an atheist and all my siblings are christians. I used to be a christian too, until I learned that all religions have some sort of dogma that flies in the face of logic. Why are there so many different kinds of religion? They all have their adherents that believe in their special god(s) with all their fervor and dedication. I've visited different countries with different religions, and have seen first hand how their adherents pray to their god with all their might and belief.
Nothing wrong with that, because it provides them with something in life to believe in. Most became adherents based on their culture and country, and their parent's beliefs.
It's a human need; to have some omnipotent god to oversee our humanity.

1 Reply
1
Reply Tue 1 Mar, 2016 07:58 pm
@cicerone imposter,
Religions don't make human beings...human beings make religions...same with dogmas and those go way beyond Religion. As for atheism, without God, it depends of what kind of God you are without...it certainly can't be without Reason...even if sometimes some atheism almost shows irrationality of the same kind vulgar theism does...
1 Reply
1
Reply Tue 1 Mar, 2016 08:38 pm
@Fil Albuquerque,
If you've been reading this thread, I've said as much.
0 Replies
1
Reply Sat 12 Mar, 2016 10:37 am
A MANIFESTO: TO CLARIFY THE NON-VISIBLE

Art itself is nothing.

All that matters is what is left.

The ambition is to produce this.

We strive for an afterglow with no thing preceding.

The only surface worth painting is the mind of the viewer.

The viewing of art should not require eyes.

Art should be entoptic.

We strive to force meditation.

Art is without value until it faces the market.

Money is banal until it has been spent.

This mourning is eased by art.

We strive to enhance mourning.

Mourning is a response to what is not there.

What you see does not matter.

What you have seen is everything.

All you truly buy is the afterglow.

You must pay more for the glow that has no thing.

RULES FOR THE CREATION OF THE NON-VISIBLE

What you have not made must be beautiful.

What you have not made must have value.

You must bring what you have not made to market.

(The market will give it value.)

You must give to the market absence.

(Money is banal until spent.)

You must offer the market anguish.

(What is spent is painful.)

You must make the market beautiful.

(Nothing beautiful without pain.)

You must increase the world behind the eyes.

The wreck of the Medusa.

It left us with phosphenes.

You must conjure them and sell them.

Only when you have done this are you one of us.
1 Reply
1
Reply Sat 12 Mar, 2016 10:43 am
@Nova Flare Q,
Careful shadows are objects, and important ones, just like zeros are bits to...
...this is clearly distinct from non being.
Music a form of art cannot be without pauses between notes...painting art cannot be without transcending linear geometry and pure forms of colour...
Very often the central theme of art is build around what is not there through what is there instead.
2 Replies
1
Reply Sat 12 Mar, 2016 11:41 am
@Fil Albuquerque,
https://en.wikipedia.org/wiki/4%E2%80%B233%E2%80%B3

Aha! And yet, how does one explain this beautiful masterpiece?

You must expand the world behind the ears.

It is not what you hear that matters, it's what you have heard.

You must bring what you have not heard to the market.

What you have not heard must be beautiful.

What you have not heard must have value.

The wreck of the tinnitus.

Very often the central theme of art is build around what is not there through what is there instead.

All you ever truly take in is the afterglow of the example.

You must see not with your eyes, but with your mind. The mind that is not there. 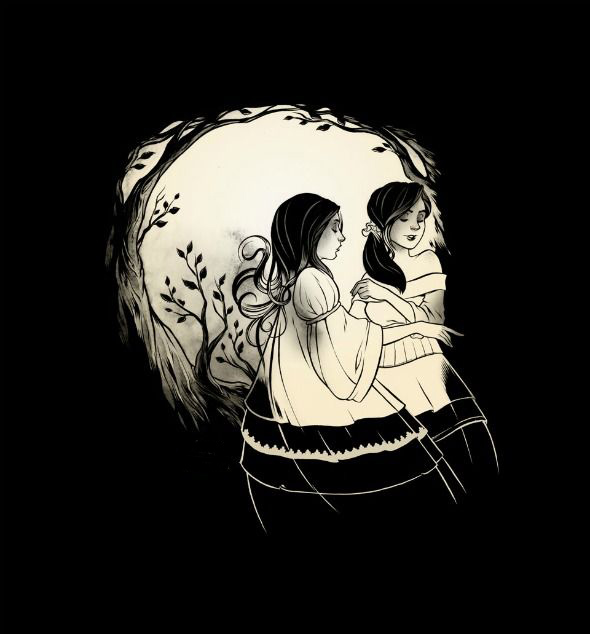 Belief in God vs Non belief in a God

I don't believe in God because I was abused through-out my life and surely a "loving God" would not allow that to happen.

I don't believe in God because everyone who tells me He is real and He loves me, acts like they hate me and are somehow better than me.

I don't believe in God because I have cried out to Him time and time again, and He has not answered me.

I don't believe in God because the bible says He is an angry God who punishes those who "follow Him" and deep in inside... I know I deserve to be punished.

I don't believe in God because time and time again those who promised they loved me because He "loves" me, have walked out on me. Given up on me. Turned their backs on me. And where is "God" when all this is happening? If He did "exist" it's obvious He doesn't care about me.

I don't believe in God because a "God of peace" would not allow such chaos in our world. War, murder, rape, sex trafficking, homelessness, sickness, disease.

I don't believe in God because I heard some preacher make Him out to be a fairy God with a magic wand just waiting to bestow blessings on me... When I "get my life right" that is. I have done good deed after good deed, and all I have ever gotten in return is more loss... More devastation.

I don't believe in God because all I ever hear preachers doing anymore is begging for money. His existence is just the excuse they use to get what they want.

I don't believe in God because I can't see Him. I can't touch Him. I can't smell Him. I can't hear Him. There is no physical proof He is here, there, or anywhere... Let alone everywhere.

Because if He were actually everywhere that would mean He has seen... Sat by and watched even... These horrible things going on in my life... and done nothing. If He was real and He loved me, He would have done something.

Those were a few of my reasons.

However, I like a challenge... So I am certain I can find something I believe that can be challenged. Just gotta dig a round a little in this brain of mine. There is entirely too much information swirling around at any given time, so sometimes grabbing something out of the mix is difficult. Lol
0 Replies
1
Reply Fri 18 Mar, 2016 01:04 pm
@onevoice,
I have only one reason why I don't believe in "god." There are too many of them. That tells me, men have created gods to 1. control others, 2. to get money, and 3. to build beautiful buildings.
While in India many years ago, I saw a temple there with a gold dome. My only question is "why?"

http://theplanetd.com/the-golden-temple-of-amritsar-indias-shining-star/
2 Replies
1
Reply Fri 18 Mar, 2016 01:07 pm
@Fil Albuquerque,
Welp... It would appear, after some consideration of several different topics, I cannot play this game. The problem isn't that I'm afraid of proving myself wrong. I'm fine with being wrong and admitting it when I am. The problem is me really. I don't go at things from the angle of proving it wrong. That's just not what I am interested in doing. I go at things from the angle of simply proving what IS right. I am more interested in knowing the truth than proving a lie.

1 Reply
1
Reply Fri 18 Mar, 2016 01:12 pm
@cicerone imposter,
We are good at duplicating things, aren't we CI? Though some of the essence of the original does get lost in the duplication process, that by no means takes away from the completeness of the original.