Forums: Europe, Eu, European Union, Britain, Brexit
Email this Topic • Print this Page
3
Reply Tue 20 Jun, 2017 03:17 am
@saab,
Those 9 countries are the biggest, demographically. Chances are the other countries agree. Which EU citizen in his right mind would think that the EU needs to compromise its principles just because one of its members wants to leave???
0 Replies
1
Reply Tue 20 Jun, 2017 03:21 am
@Builder,
Survey in Denmark summer 2015
56% would like to remain in EU
Summer 2016
44% would like to remain in EU
April 2017 70% are more or less positiv and hardly anybody wants a Dexit.
What happend within a few months to the around 66% which wanted a Dexit or did not know?
How were the questions asked? People do not change their minds that fast to such an amount.

Maybe I should not have called it "propaganda".
I did not say anything against the Royal Institute of International Affairs, but
how the survey is expressed.

It's on their website, done by them.
0 Replies
3
Reply Tue 20 Jun, 2017 03:47 am
Brexit: European support for EU has increased since UK decided to leave, finds research
Nine out of 10 EU countries surveyed, including the UK, now have a positive view of the bloc
Caroline Mortimer @cjmortimer 4 days ago

Support for the European Union has “rebounded dramatically” in most major member countries after Brexit, although the majority of citizens believe they should also have a referendum, new research has found.

The study by US think tank, the Pew Research Center found that people had a positive view of the EU in nine out of the 10 countries.

Even in the UK, 54 per cent of people approved of the 27 nation bloc, although 40 per cent disapproved.

The only country with a negative view of the EU was Greece which is still struggling to meet the terms of the deal made with the “troika” – the European Central Bank, the Eurogroup and the International Monetary Fund – for bailout loans in 2010, 2012 and 2015.

The government is preparing to announce a registration process for the estimated 3 million EU citizens living in the UK, as a first step towards regularising their legal status post-Brexit.

It is understood ministers will unveil plans inviting all EU citizens to officially “register their interest” in acquiring documentation allowing them to live and work in the country after 2019 when Britain is scheduled to leave the European bloc.

“People don’t trust the UK government. The mood among EU citizens has changed. You can see it on the forums on Facebook. Before it was ‘I hope they let us stay’, but now it’s ‘I’ll believe it when I see it’. People have put up with so much pain in the last year, there is now a general mistrust of the Home Office,” said Hawkins.
[...]
May’s promised “generous offer” on EU citizens’ rights is not expected to mirror the EU’s proposals exactly.

The EU wants the status quo for all EU citizens affected by Brexit, allowing them to continue to live, reside and move freely throughout Europe for the rest of their lives.

It is feared that Britain’s opening gambit will fall short of the status quo – with conditions attached. These could include a cut-off date set earlier than the EU’s proposed 29 March 2019, and a requirement to have been in Britain for a qualifying period before being eligible to stay.

Sources say the government hopes to have reached a top-level agreement with the EU on citizens’ rights by the end of the summer.

1 Reply
2
Reply Wed 21 Jun, 2017 12:08 am
@Walter Hinteler,
Post Brexit, the border between Northern Ireland and the Republic of Ireland will become the only land border between Britain and the European Union, raising the possibility – technically – of passport checks, customs checks and tariffs.

How does the Irish border affect the Brexit talks 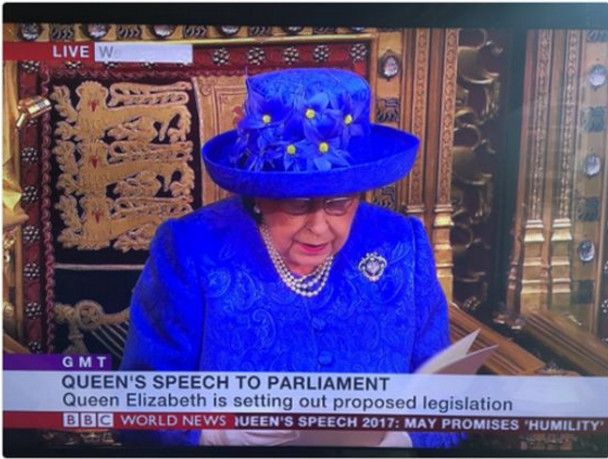 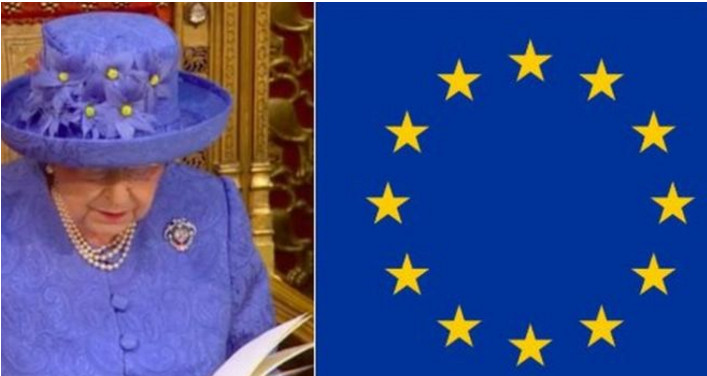 The Queen’s speech usually mentions any state visits planned for the duration of the parliament.
Speaking on today, the Queen said she and Prince Philip “look forward to welcoming their majesties King Felipe and Queen Letizia of Spain on a state visit in July” - the Queen’s speech could have indicated that Trump's state visit had been cancelled/had been put on hold.


Who and why put it on hold? And, why would that be promulgated for public dissemination? I would think she did not give details, since it is none of our business. In my opinion, some folks do not necessarily relate to the total autonomy that Brexit reflects and would like Britain to still act like EU second cousins, so to speak. If its one country that might deserve the inside story, an argument could be made that the U.S.A. qualifies, based on 20th century history. Yet, it is none of anyone's business, including the U.S.A. Just my Anglophilic opinion.
1 Reply
1
Reply Wed 21 Jun, 2017 02:45 pm
@Walter Hinteler,
I'd be very surprised if that was a random hat selection.
1 Reply
1
Reply Wed 21 Jun, 2017 11:25 pm
@Foofie,
Donald Trump state visit to Britain put on hold.
https://www.theguardian.com/us-news/2017/jun/11/donald-trump-state-visit-to-britain-put-on-hold
1 Reply
0
Reply Thu 22 Jun, 2017 12:03 am
@ehBeth,
I think she was off to Ascot afterwards. The hat also matches her dress, which has nothing to do with EU colours.

I think she was off to Ascot afterwards. 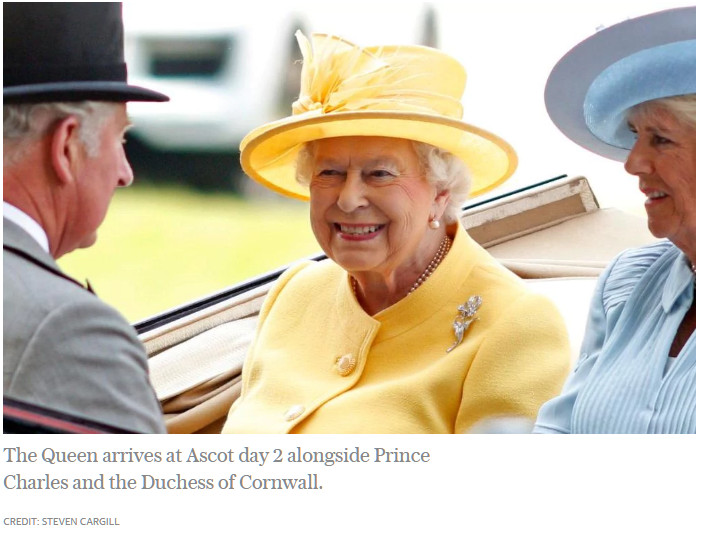 The "Europe-flag-hat" was more a kind of joke made online.
0 Replies
-1
Reply Thu 22 Jun, 2017 03:04 am
I realize it was a Twitter joke.
The symbols of colour: just for fun and not serious
The color blue is the color of trust and responsibility - fits the speach
Yellow, the color of sunshine, hope, and happiness - fits a fine day at Ascot

Businesses are already pulling investment because of Brexit, the Chancellor has admitted - as he again urged Theresa May to agree a “transitional arrangement”.

Philip Hammond said a temporary deal with the EU was badly needed to get “businesses investing again”, appearing to acknowledge that companies are currently putting their plans on hold.

“The thing that is causing concern in the business community is the risk of a cliff edge,” Mr Hammond said.

“The sooner we can reassure businesses that there is going to be a smooth path from where we are now to the future arrangements we put in place with the European Union, the sooner we will have that sigh of relief and start seeing businesses investing again.”

The Chancellor said it was also a critical issue for firms across the Channel, pointing to the example of car manufacturers in Germany, attempting to secure four-year contracts with British firms.

“This is not just a UK problem. This is an issue in the European Union as well,” he told BBC Radio Four’s Today programme.

Mr Hammond also challenged the Prime Minister on her vow that Britain will no longer be subject to rulings by the European Court of Justice (ECJ), once Brexit is completed.

Asked if the ECJ could oversee the transitional arrangement he wanted, he replied: “All these things remain to be negotiated.”

0 Replies
1
Reply Thu 22 Jun, 2017 11:43 am
@saab,
I think it's more important that the biggest economies have a say so. If the 33% of the EU countries included the biggest economies, I see no problem with the result.
1 Reply
3
Reply Thu 22 Jun, 2017 11:53 am
@saab,
Royal event wardrobe choices are never random.
1 Reply
1
Reply Thu 22 Jun, 2017 12:43 pm
@ehBeth,
You are right that a royal event wardrobe is not a random choice.
But royals always have to be very diplomatic. Choosing something which clearly shows a king or queen siding with a political opinion is not diplomatic and therefore not correct.
If you are invited to royal event, you cannot just dress any odd way you want to either.