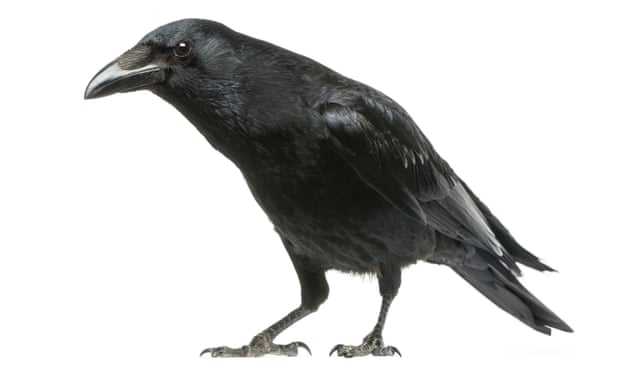 If you land here, you will have a choice not to go there. Its way up in Corrales.

Don't get me started.
0 Replies
1
Reply Tue 8 Nov, 2016 08:25 pm
I need to find the Indigo Crow sign, figure it is out there.
Back later. Meantime, each time we go there (very infrequently, distance), we have difficulty finding it. Today, we nabbed it. World's best hamburger. World's best onion rings.
I'm serious.
1 Reply
1
Reply Tue 8 Nov, 2016 08:42 pm
@ossobucotemp,
Apparently there was a slow down by/re whatever chef. I don't know re those changes.

The idea that birds are unintelligent was initially proposed by looking at the brains of birds. Birds lack a cerebral cortex, which allowed scientists for decades to assume they were incapable of any higher thinking. However, researchers now know that a different part of the bird brain – the pallium – has evolved to do many of the same tasks as the cerebral cortex.

“Avian and mammalian brains seem to be functioning the same way, but interestingly their hardware is completely different,” said Emery, who noted that bird brains generally have shorter connections between specific parts of their brains than mammals.

“This structure means that birds might make decisions more rapidly then mammals, but we don’t know what implications this might have for their intelligence.”

But what is intelligence? It’s a question, really, for philosophy. Researchers rarely agree on an exact definition. But for his purposes, Emery described intelligence as “the ability to flexibly solve novel problems using cognition rather than merely instinct or learning.”

If I told you that day old chicks can count...would you think twice about eating chicken?
Nathan Emery
In other words, to Emery intelligence goes beyond rote learning to the ability to tackle a problem never before seen by an individual. This strict definition includes attributes usually connected to humans like plasticity and creativity. Still, Emery said that we need to start thinking of intelligence as species-specific and not compare apples to oranges or humans to crows.
0 Replies
2
Reply Wed 9 Nov, 2016 11:49 am
@spooky24,
Turkey vultures have a great sense of smell, and that's how they locate food. I imagine when they hit the odor while gliding they start a big spiral that gets smaller and smaller until they see the food. Black vultures, on the other havd, have a poor sense of smell like most birds. I imagine they watch the turkey vultures alot and follow them down.
0 Replies
2
Reply Wed 9 Nov, 2016 11:55 am The bald eagle, proud symbol of our country. They're also kleptoparasites. The one pictured has just scared the crap out of an osprey, which dropped its fish.
0 Replies
3
Reply Tue 15 Nov, 2016 09:55 am
1 Reply
4
Reply Tue 15 Nov, 2016 10:09 am
@edgarblythe,
I'll be shaking fins with those penguins in NZ in about 2 weeks. Will be there sightseeing and staying house-sitting at a friend's vineyard for about 2 months. Hopefully the ground won't be shaking too badly when we get there December 1. I never thought in my life I'd be traveling like this!
1 Reply
2
Reply Sat 31 Dec, 2016 10:08 pm
@edgarblythe,
Bet you have a couple of these guarding the yard

We started out tour of NZ in Auckland, the north island, visiting my gf's relatives. We're staying currently in Akaroa, a small picturesque coastal town a 45-minute drive south east of Christchurch on the south island. We have quite a few vineyards including the small one where we're staying. quite a few sheep farms and cows, steers as well as a few Alpacas.

My g/f is a friend of the owners who are now vacationing in Vancouver. We'll be traveling in another week for 4-5 days to the southern part of the south island to Otago, at the southwestern coast.

Food has been great - fresh...and lovely seafood, sometimes right off the fishing boat. Exceptional in taste and health benefits , too, is the local honey that comes from the Manuka trees.