Forums: Legal, Heman Woman Haters Club, Misogyny, Misogynist, Troll
Email this Topic • Print this Page
Reply Sun 26 Apr, 2015 07:01 am
It is a fact that African-Americans are more likely to be victims of violent crime then White Americans.

Yet the system of justice is tilted to protect white people. Given equal circumstances where a perpetrator is convicted, people who attack a White person get significantly greater sentences than they attack an African-American.

It is common to believe women are in danger in public and need to be protected. Many people are surprised to find out that this is factually incorrect.

Yet, our system of justice is tilted to protect women. Given equal circumstances where a perpetrator is convicted, people who attack women get significantly greater sentences than when they attack men.

The safest demographic group in the US according to any objective measure is White women. The demographic group most at risk is Black men from everything from violent crime on the streets, to being shot by law enforcement.

Shouldn't the criminal justice system match the reality about who is really at risk rather than responding to public prejudice?

Type: Discussion • Score: 2 • Views: 1,953 • Replies: 4
No top replies
2
Reply Sun 26 Apr, 2015 07:21 am
@maxdancona,
If what you say is correct, what do you uggest should be the overhaul procedure in our criminal justice system, ignore every third crime against women? Do we quash some propotion of criminal complaints if they involve blacks?

Im not sure yu have a valid point, how do you interpret the statement that the entire "system of jutice is tilted to protect white women"?

The severity of the punishment should match the severity of the crime. They should have nothing to do with the race and gender of the victim. Sentencing fairness is something that is easy to define and measure. 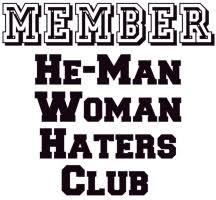 Women are often seen as vulnerable, at risk, and in need of protection. Black men are seen as aggressive and dangerous. In truth it is Black men who are most at risk in our society. Black men are, by far, most likely to be murdered or victims of violent crime.

Challenging popular prejudice is an important part of societal change.

nobody respects an oath breaker - Discussion by gungasnake
Is taking his picture legal? - Question by aquestion
"I want to be a lawyer!" -- Frequently Asked Questions - Discussion by joefromchicago
Can a Government Official Claim Religious Exemption from Performing Official Duties? - Discussion by wandeljw
Guilty murderer Amanda Knox - Question by contrex
FOOD NAZI'S SUFFER STUNNING DEFEAT! - Discussion by hawkeye10
Hotelmanagement - Employee dates a guest - Question by lisali93
Question about going to court for a misdemeanor? - Question by Swamp Swagger
JPMorgan Chase Civil Settlement - Discussion by jcboy
Need a Legal Opinion - They Won't Let a Relative Visit From Europe - Discussion by Brandon9000
The Trial that JUST WON'T END - Question by michellesings
Copyright © 2021 MadLab, LLC :: Terms of Service :: Privacy Policy :: Page generated in 0.04 seconds on 12/01/2021 at 01:55:34
▲ ▼