Another day when there is no God


That is exactly what he is doing...not acknowledging that what I am saying is correct.

Logic does not lead one to "there are no gods."

Science does not lead one to "there are no gods."

So...atheists want to argue and mock theists for not being logical or scientific...and you are advising them to "just don't acknowledge."

This place is a laugh a minute for anyone with a sense of humor.

In the meantime, if there are any atheists here who want to attempt to show I am wrong about those things...bring it on!
1 Reply
-1
Reply Wed 27 May, 2015 05:15 pm
@Frank Apisa,
More I think about this...the more I think Beth's advice makes sense.

If you guys refuse to acknowledge the discussion...you save some face by default. If you argue the point...there is no savings to be had.

If you guys refuse to acknowledge the discussion... 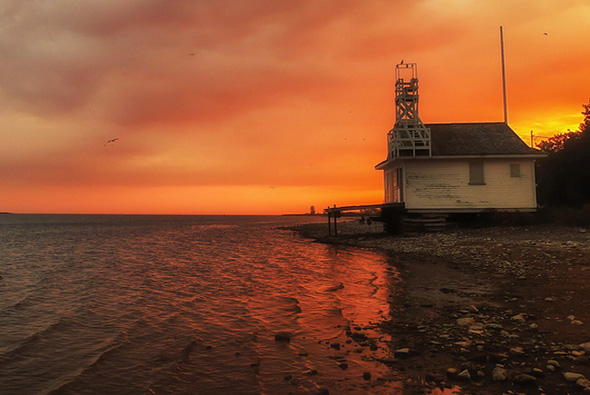 If you guys refuse to acknowledge the discussion...


Discussions.. how do they work?


Positions are outlined...and fleshed. It becomes point and counterpoint.

Atheists do it all the time with theists.

They do everything they can to dodge agnostics. 1 Reply
1
Reply Wed 27 May, 2015 08:57 pm
@edgarblythe,
Whoa. That was a jolt. I clicked and turned away from the monitor and when I turned back around I got blasted in the eyes. Very cool...
0 Replies
4
Reply Wed 27 May, 2015 10:03 pm
I became a Christian as an adult, probably around 14 years or so ago, but I was ever the "doubting Thomas". Still, I did the Christian life as best I could, even read some interesting books. One was in the apologetic field, by Lee Strobel. The forward discussed an interview that the author did with Charles Templeton, who was rolling holy back in the day with Billy Graham. Templeton was evidently very good at what he did, but had turned away from his faith. However, with all that said and the passing of many years, he is is quoted as saying that he misses Jesus. For whatever reason I always found that intriguing.

So I still remember the moment about five years ago when I thought, "no more", and the odd juxtaposition of turmoil and freedom that followed. I was going through a terrible time, and often the compulsion to talk to god would still arise, and I'd be like, "****! No one's there". No one to put it all on, to "give it to", no one even to blame. But I couldn't help to feel a sense of exhilarating liberation in it too. I missed Jesus though, still do sometimes in a sense; I miss the good Christian people I had gotten to know. And there was a blurb I'd read long ago in a heavy metal magazine, quoting someone I can't remember, "once you cut through all the bullshit, the bible is a pretty good read". In other words, it ain't all bad.

So I guess the bottom line is, I'm happy to have had the experiences that I did, and my faith–such as it was–served its purpose well enough, and I think I've developed a somewhat unique perspective because of it. Just like a childhood now long in the past, I outgrew it. But sometimes I might miss it.
1 Reply