"Like my friend Maureen Lipman, the brilliantly talented actress and writer, I am a British Jew. But this week she horrified and alarmed me. Maureen said that she was thinking of leaving Britain, because of the ‘depressing’ rise in anti-Semitism.
I agree with her that all racism is depressing. But in this week when we marked the 70th anniversary of the liberation of Auschwitz, and the 50th anniversary of Winston Churchill’s funeral, surely she can see that the tragedy of the death camp and the triumph of the great English war-leader tell very different stories?
Auschwitz became a factory that murdered millions. Churchill inspired a small island to stand, at first alone and outnumbered, against that evil. And the lesson I take from this week is not that it’s time to leave, far from it. In fact it’s time to remember that we Jews are immensely lucky to live in our kindly, tolerant, moderate country.
Unlike Maureen — whom millions will remember as her Jewish granny character Beattie, the face of British Telecom (now BT) — I would never dream of living anywhere else.
My identity, my loyalty, and above all my gratitude is to Britain. And I feel that accusing this law-abiding, democratic country of anti-Semitism is, to put it bluntly, unfair, insulting and even ungrateful.
Like many Jews, my ancestors came to Britain to escape life-threatening prejudice and persecution. My father’s family arrived from Poland with nothing, and settled in the slums of East London, in Spitalfields. So, nearly 200 years ago, Britain allowed the Rantzen family to arrive, stay, live and work in a country where they were able to worship, and educate their children, and plan for a future.

I understand why some Jews would agree with Maureen. After all, German Jews in the 1930s considered themselves true Germans. Many of them had fought for Germany in the First World War.
It never occurred to them that civilised, cultured Germany could become a hideous whirlpool of violent loathing that first imprisoned and then incinerated six million Jews, only because of their race and religion.
So, the argument goes, if it could happen in Germany it could happen anywhere. And, Maureen said, when the going gets tough, the Jews start packing.

Not this Jew. I was born and brought up to believe in Britain, and to be forever grateful to the British.
I was born in June 1940, around the time of Dunkirk. When Hitler threatened to invade and tried to bomb us into submission, I was a toddler living with my parents in Berkhamsted, a small town in Hertfordshire.
I remember the drone of Luftwaffe aircraft above. I can still hear in my memory the wail of air-raid sirens and my father, Harry, explaining to me that they meant there were German bombers overhead.
When I became fearful, he explained that there were brave British pilots who would protect us against them. Against all the odds, he was right. Since then, I have had the honour of meeting some of ‘The Few’, the Battle of Britain pilots to whom I, and millions like me, owe my life.
And I learned very early on that terrible things had happened to Jews in Nazi Germany. During the War, my parents fostered a little red-haired boy they came to love, Charlie.
When Charlie arrived from Germany as a seven-year-old, he could not speak a word of English. He had no idea that his handsome sports instructor father, a Jew, had been taken to a concentration camp and murdered.

By sponsoring Charlie — and also his mother — to come to England, my grandparents managed to save both their lives. But my mother told me how painful it had been to break the news to Charlie that he would never be able to see his father again.
My godmother, Jane, joined the Quaker relief effort and drove an ambulance for them into Belsen, among the first civilians to work there in the freed concentration camp. In a few weeks’ time, in a special service in Durham Cathedral, I will read her descriptions of the terrible scenes she saw. It is right that we remember.
But we should not just hold on to the memory of the savagery. There was nobility, too. Churchill himself had faith in the valiant British determination to win over the evil that confronted us. He said the nation ‘had the lion heart. I had the luck to be called upon to give the roar’.
Had Churchill not done so, had the British people not rallied behind him, I believe no Jews could have survived in Britain, or indeed anywhere under the Nazi domination.
But my gratitude does not end there. In the past 70 years I have never felt at a disadvantage. The reverse, I have been immensely privileged.
Throughout my education I was taught by great women who inculcated in me a huge respect for our courts and our parliament. I was given the gift of the richest, most expressive language, English, and allowed to explore our uniquely beautiful island. I was given an extraordinary opportunity to learn from the best and — when I entered broadcasting — to be trained by the best.
As a Jew, I have never felt at a disadvantage
And at the same time, throughout my life, I have been free to practise my religion. My late husband Desmond converted to Judaism. My son had a Bar mitzvah, my daughters had Bat mitzvahs, the religious services to welcome them into their religion as Jews. There is no conflict between my love for my country, and an adherence to a religious heritage. They enrich each other.
I am not, of course, claiming that Britain is perfect. But we must make the distinction between the mistakes made by individuals and the crimes committed by nations.
We live in a chaotic world. My heart goes out to those who try to bring up their families safely in Syria. Or those who believe in humane laws and equality for men and women in Saudi Arabia. There are far worse places for a clever woman like Maureen Lipman to live than Britain.
It’s not easy to make the arguments for peace and tolerance when all around you there is violence and fear. I understand that Jews are concerned whenever anti-Semitic crimes are committed. But we have an important role, as Jews, to continue to make the case against fundamentalism, and for toleration, and liberty.
Lord Sacks, the former Chief Rabbi, wrote this week that ‘no free society is ever built on hate’.
The great civil rights campaigner Martin Luther King wrote more than 40 years ago: ‘Hate cannot drive out hate: only love can do that.’
He also said: ‘The ultimate measure of a man is not where he stands in moments of comfort and convenience, but where he stands at times of challenge and controversy.’
Yes, the current wave of violence around the world, against Muslims, Christians and Jews, challenges all of us. But in kindly, democratic Britain, we must all ensure that love will drive out hate.
And if, as a British Jew, I can do anything to repay the gift of freedom and opportunity this country has given me and my family, that will be my aim, and my ambition. I’m staying."

Both Esther and Maureen are well known TV personalities in the UK. 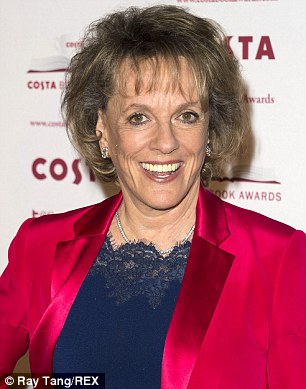 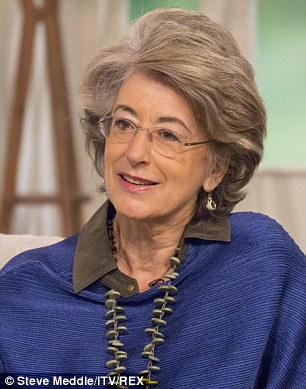 Jumps in here with a whackjob link 24 hours ago and then disappears back under a log when someone stands up to him.

I wonder what makes someone a hatemonger or a nutjob?