Forums: Science, Physics, Chemistry, Sound, Sight
Email this Topic • Print this Page
0
Reply Wed 8 Apr, 2015 09:53 pm
@ehBeth,
That is really cool.
0 Replies
1
Reply Thu 9 Apr, 2015 08:50 am
Fascinating article that gets more fascinating as it goes along; it's about a woman who got viral encephalitis and lost parts of her brain, completely losing the hippocampus activity. Scientists have worked with her for some years now and are learning from the testing about how the brains of the rest of us work. 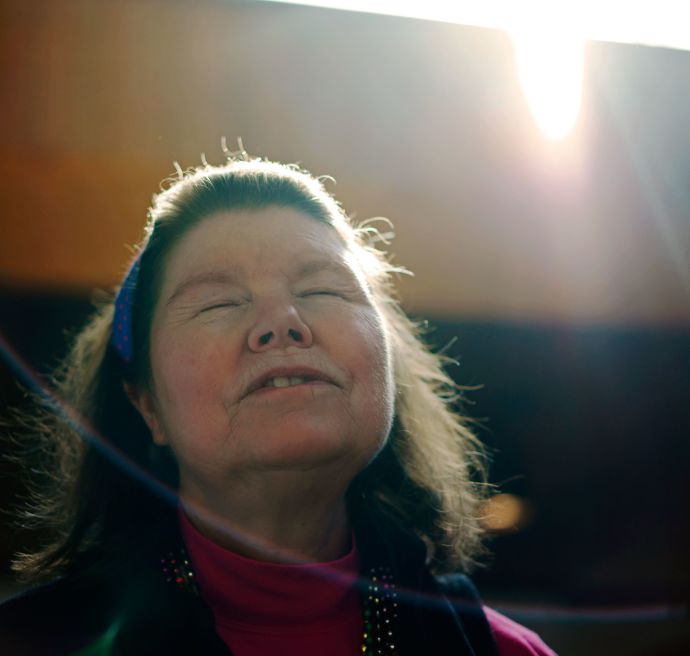 caption -
A virus essentially obliterated Lonni Sue Johnson’s hippocampus, and she can no longer recall what happened five minutes earlier. Her life has become an endless series of jump cuts.
CREDIT PHOTOGRAPHS BY PHILLIP TOLEDANO
1 Reply
0
Reply Thu 9 Apr, 2015 07:12 pm
@ossobuco,
That is a fascinating case. I picked up a few incidentals that were relevant to some other things I've been thinking about. Most of our daily activity is taken up by reacting to immediate stimuli without being mindful of it, and therefore most of it does not make it to long-term memory. That means most of our lives do not make it to long-term memory.
0 Replies
1
Reply Fri 10 Apr, 2015 12:55 am
http://www.sciencealert.com/this-infographic-breaks-down-the-top-five-misconceptions-about-evolution
1 Reply
0
Reply Fri 10 Apr, 2015 12:58 am
@Wilso,
Very good. I like that.
0 Replies
2
Reply Sun 12 Apr, 2015 09:06 pm
This is just freaky cool.


NASA wants to visit Jupiter's moon Europa. Why's that exciting? In a word: Water. As this visualization shows, the icy moon may look tiny next to our own planet, but it's got 2- to 3-times as much H2O as we have here on Earth. That "little" moon is packing quite the store of water — and with it, scientists think, a significant chance of harboring life.

Now if we could only find one that was made of intelligence...
0 Replies
0
Reply Wed 15 Apr, 2015 08:15 am
Holy crap. They're catching up... http://news.discovery.com/animals/female-chimps-seen-making-wielding-spears-150414.htm?utm_source=facebook.com&utm_medium=social&utm_campaign=DNewsSocial

Humans aren't the only ones who hunt with weapons -- a troop of chimps in the wild have been observed crafting sharp spears to stab their prey.

The technique, described in the latest issue of the journal Royal Society Open Science, could have originated with the common ancestor of humans and chimps, suggesting that the earliest humans hunted in a similar manner.

The chimps spent time making the deadliest, most effective spears.

"The tools (spears) are made from living tree branches that are detached and then modified by removing all the side branches and leaves, as well as the flimsy terminal end of the branch," lead author Jill Pruetz told Discovery News.

"Some individuals further trim the tip of the tool with their teeth," added Pruetz, who is a professor in the Department of Anthropology at Iowa State University. "They average about 75 centimeters (around 30 inches) in length."

The technique, described in the latest issue of the journal Royal Society Open Science, could have originated with the common ancestor of humans and chimps, suggesting that the earliest humans hunted in a similar manner.

How is that relevant to anything in the story?

What it is even saying? "could have," therefore "suggesting?" Talk about circular "reasoning," eh?

Is modifying a stick a behavior that is somehow "in the genes." How do "genes" come to "force" a creature to adopt this useful behavior? Isn't it more likely that the critter merely inheirited some ability to "reason," and applied that ability to assess the circumstances it found itself in and modify them to help achieve it's goals?

This comment is really more relevant it the "evolution" thread, but, since it was encountered here....

Even more impressively, the NASA researchers predict that a trip to Alpha Centauri, the closest star system to our Solar System, would take just 92 years.


This story floats around the Internet from time to time. There is no science behind this particular claim. It's just the media trotting out wishful thinking to get the attention they crave. We've debunked it at least twice on other threads.
2 Replies
0
Reply Sun 3 May, 2015 09:13 am
@rosborne979,
At least we can say that is one propulsion system that will not be workable... what are they experimenting with ?
0 Replies