January 11, 2015
Police Commissioner likely ‘taken out’ upon discovery of evidence not fitting to establishment narrative, some speculate

PARIS (INTELLIHUB) — Shockingly Police Commissioner Helric Fredou, 45, reportedly killed himself with his own gun while preparing a report just after meeting with a family member of a victim who was shot during the recent attack which took place at the offices of the satirical magazine Charlie Hebdo.

Although reports claim that Helric Fredou suffered from “depression” and “burn out” some, like myself, remain skeptical that Fredou was ‘suicided’, murdered, by a third-party in an attempt to quell information he gained after speaking with key individuals during his investigation.


According to reports, the fatal blast took place in Fredou’s office during the early hours of the morning for “unknown” reasons.

According to reports, everyone surrounding the Fredou was “shocked”.

Already numerous patterns I listed in my initial analysis, as well as others consonant with false flags, have made themselves apparent in the Paris shooting and hostage incidents. Also apparent are the predictable results that follow these events. We have seen all of the following:
https://jaysanalysis.files.wordpress.com/2015/01/fullsizerender.jpg?w=444&h=350
1. Mass mainstream media buildup and rollout, with ready-made “placards” to call global attention to event

2. Questionable videos and details of the event, as well as drills or security buildup prior

3. Military training for the perpetrators, while the “terror” suspects with deep state connections and rap sheets run free

4. A false dialectic of left versus radicalism polarizing public consumption of propaganda

5. Investigators and key individuals in the event end up “suicided”

Webster Tarpley explains of the purpose of synthetic terror: “Terrorism thus has been known to provide a means of social control. Parts of the US oligarchy are today almost euphoric about the seemingly endless panorama of possibilities of exploiting terrorism they believe they see before them. But it is now wide to build an entire state and social order on terrorism.” (Synthetic Terror, pg. 88)

0 Replies
-2
Reply Tue 3 Mar, 2015 06:04 pm
I think the Paris Hebdo attack was a false flag one which was a warning and punishment on France for its compromise to the Russia. Russia is the top consideration in US world strategy right now. That’s why they planned this “terror attack” and of course the top US leader won’t present in Paris parade.

Europe stumbled into a debate over the end of sanctions on the economically distressed Russia after French President Francois Hollande became the first major leader to dangle the prospect of easing the curbs.

Hollande’s appeal at a European Union summit yesterday was a reminder that the bans on financing of major Russian banks and the export of energy-exploration equipment will lapse next July unless renewed unanimously by the 28 EU governments.

World leaders- mainly European’s, gathered together having a unity march. They knew it’s US’ intimidation to force them into a fake “war against terror”. In a rare show, they say “no” to the US. That's why US was absent in that world leaders unity demo.
0 Replies
-1
Reply Sun 5 Apr, 2015 05:25 pm
In Minsk Truce, German and France insist to solve Ukraine crisis by diplomacy, US suggest by supplying arm. US was absent in Minsk. In Paris world leaders unity March against "terror attack", US was absent too. The divergence is very clear.
0 Replies
1
Reply Thu 16 Apr, 2015 04:38 pm 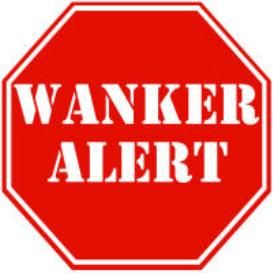 When I talked about microwave killing, some readers asked if that is a mind control pulse wave. I went to the web site they gave me. The neuro-electrical magnet wave which imitate brain wave could produce Microwave hearing,forced speech, etc. I don't have that kind of experience, or maybe they have applied it on me but I didn't know. Because it is hard to tell which is natural or caused by remote control frequency weapon. But I do know there is an EM sleep wave which is vastly in use by law enforcement agent.

It was in 1992. One Tuesday morning on my way to Galt. On highway 205, a strong sleep desire fell on me. It was a straight highway, so I tried to drive with eyes closed a little while. But once eye closed, it's hard to open my lids again. I had to fight against drowsiness with extraordinary effort. Then I turned on to highway 120. It was a narrow road with only one lane each way. In dim, I suddenly found there was a dark shadow before me. it was a big truck with a trailer. It stopped on road and started to move when I approached. The sudden lit of tail lamp was so bright red, like in my hands' reach. I made an emergency brake. The cargo in my van rushed forward with inertia, bang hit the front window glass . I could hear the crack sound of porcelain. Luckily I didn't hit the trailer. It was only inches away. My body was wet all over by sweat. Strange for me, such a big scare didn't drove sleepy away. I fell into drowse again until there was another emergency brake. I found the truck driving at only 30 miles per hour. Sometime later, when I opened my lid, I found the truck sped away. It's the end of 120 and we would turned into 99, a busy highway where he could not drive at 30 miles any more.

Later when I had the experience of microwave radiation and other related suffering, I gradually realized there was a sleep wave. But at that time, though it was unusual, I only attributed this to sleepy. Who knew there was a mind control EM sleep wave?

I was able to be aware of microwave killing due to a newspaper article. It said FBI's lab developed a tech

that they could shoot and penetrate iron plate in distance by microwave ray. By then I knew they could watch people behind wall by Infra-scanner already. And if they shoot microwave ray behind wall, it's really dangerous for innocent people. Unfortunately, this fell on me soon.

One midnight, I awoke with bitter headache. "They are shooting with microwave ray. I must find something to cover me." I alarmed myself. But before I could do something, an irresistible sleepiness overcame me. I fell in sleep again. This scene repeated several times that night. I always fell in sleep after awakening by headache.

Next day, the headache was so severe that a slight movement would cause suffering. It lasted several days. I thought there was an internal hemorrhage or swell in my head. With great fear, I gathered a lot of metal plates, iron cabinet in my bedroom and slept behind them at night.
Though I was once puzzled how could I go sleep while having heavy headache, I was still didn't aware of there was a sleep wave then.

I used to sit on a sofa where I could watch TV as well as reading. That day about 5 p.m, when I was reading newspaper, a sudden drowsiness fell on me. It was so strong that I went to my bedroom right away. Once laying on bed, there was no sleepiness at all, not a little bit. That really puzzled me. I went back to sitting room and sitting on sofa, immediately, sleepiness grasped me again. This time I recalled two events happened before. The drowsiness feeling were so similar. They were all deep and irresistible.

I was in panic. What was that? I knew they were using radioactive material and microwave. It seemed that it was a ray with limit field, because my bedroom is just a few feet away and I could not feel it there. I guessed it was a kind of microwave with different frequency and worried it might hurt my brain because it restrained my mind so deeply that I couldn't help to go sleep. On the otherhand, it was a pure feeling of drowsiness, no pain, no dizziness, only extraordinary strong desire to sleep. If I hadn't have above experiences, I would never know its existence. How could you tell it from a nature one.

In 1993, I abandoned my job in flea market. In July 1994, I went to China. I was tired to sleep under the cover of metal plates in U.S. My friends in China stopped communication with me so I knew Chinese police were cooperative with U.S.A.'s, but I thought they would not use high tech. weapon against an innocent man.

I lived in my uncle's home. It was an apartment on third floor (toppest floor) in the building. In August, I heard a noise on roof. People said someone was installing a commercial billboard there. I saw workers erect power transmission lines on roof. A few days later, about 7 o'clock in the morning, I was chatting with relatives when I felt a sudden feeling of sleepiness. I saw my aunt quickly fall in sleep. Other relatives said they were going to bed and back to their bedroom. I was very familiar with this - a sudden, irresistible sleepiness. Later that day I told them about the sleep wave. They didn't believe me. I understood because it was so natural that even I myself would not believe if I hadn't the experience.

This was the only time I felt they use it in China. I think they didn't expect I know sleep wave. When they found I know the secret, they gave it up. The work on roof was postponed. The billboard was never installed. Next year on May, when I left China, the metal shelf installed on August was still there, rusted.
Since then I knew the sleep wave can be a field which influence many people.

In 1996, I learned what is sleep wave from a book named 'CIA' (Chinese edition).

It said in July 1987, former Soviet leader Gorbachef flied to Thamalhan, a KGB base, to see an experiment. It was a tiger in the cage. The tiger was irritable. Dr. Chernianko pushed down a button. Within seconds, the furious tiger laid down as gentle as a cat.

CIA got the information and found Pentagon had first developed such technique. Military Intelligence Chief, general Ackerman was alleged delivering the secret to Soviets. Ackerman was shoot to death several days later. Pentagon announced he died of heart attack.

I immediately realized this was EM sleep wave.
The wave imitates human's sleep wave in brain. It's so natural that you can't tell if it is artificial. Nine years ago I could tell it because it was a sudden, strong feeling. Now they improved their technique. In same sofa I recently often gradually fell into drowse when I wrote article (for post in internet) in daytime. Only at the movement I would get into sleep, I'd realize same thing happened again and moved away. In other place, I never feel sleepy. I think I would never have known there's a sleep wave if they had used that improved technique(gradually go in sleep) nine years ago.
0 Replies
0
Reply Mon 4 May, 2015 02:41 pm
@Lordyaswas,
why man, why? PLEASE EXPLAIN!
0 Replies