Cooking for a single guy

Forums: Cooking, Food, Recipes
Email this Topic • Print this Page
Reply Wed 3 Dec, 2014 11:04 am
I'm interested in getting some recipes that are designed for 1 person. I know some of the basics of cooking, I don't burn water. I'm a plain eater for the most part, meat and potatoes kind of guy but I'm willing to expand my pallet.

I think it's the best default - everything can go on it, depending on your mood.

You can grill it or cook it in the oven. You can have it for breakfast, or pack it for lunch.

Great on its own or with a salad.

I highly recommend them. They are inexpensive and the appliance will pay for itself quickly, as you can get less expensive cuts of meat to taste better. It's also a joy to come home, when the day is done and you're exhausted, and food is ready and hot.

I don't really follow recipes but chicken soup is simple. First, use a slow cooker liner. Trust me: they are a little pricey but it's a lot nicer than cleaning the bowl afterwards.

It's just about a standard package (so, maybe 4 pounds?) of boneless chicken, cut small (cubes, rough chop, sliced, whatever you like. Go for maybe nothing bigger than the last two joints of a finger. Use fresh; make sure frozen chicken has thawed); carrots (you can just dump in a smaller bag of baby carrots if you're pressed for time. If not, then same size and amount, more or less, will do). About the same amount and sizes for celery and onion (any kind; I like Vidalias but it doesn't matter a lot). Add a can or smaller container of low-sodium chicken broth. Then add water to fill up the remainder of the cooker but leave maybe a half an inch at the top).

Cover and turn on high for 4 hours. Leave; don't open the lid as you can scald yourself and also can increase the amount of time it takes to cook everything.

Serve over a starch - rice, noodles, potatoes, quinoa, whatever you've got on hand is fine. You might want to add salt. I recommend low-salt broth and then adding salt later as you have a lot more control over the amounts.

Add a salad and some bread or even a sandwich and you've got dinner. This will actually serve 4 or more, so put the remainder into tupperware containers, label them and include the date, and freeze them. If you're watching your fat intake, trim visible fat from the chicken before cooking and, afterwards, skim the bowl with some clean cheese cloth and you'll be able to get rid of most of the fat. It will also rise up and be pretty easy to skim and discard after it's frozen.

PS I recommend extra and freezing not only because it's a time saver to have around, it's also less expensive. Cooking for one can be rather costly, unit-wise.
1 Reply
1
Reply Wed 3 Dec, 2014 12:49 pm
@Baldimo,
Baldimo wrote:

Basically dredge the cubes of meat in some flour and brown on all side, add stock and any vegetables you want, along with with whatever spices catch my fancy that day.

Some vegetables, like carrots, I par boil first, because they never seem to get cooked through simmering in the stew pot. Onions and garlic I sautee first.

Nice thing about stew is you can make a lot, and freeze for future use.

Other than onions/potatoes/celery/carrots I don't chop the veggies myself. I buy pref-fab chopped veggies. Bags of coleslaw mix are great for soups/stews. The last pot roast I made (who knew it was so simple?!) had veggies from a butternut squash mix (onions/leeks/squash/?) as well as mushrooms, potatoes, carrots, more onions in the slow cooker. Worked out brilliantly.

I made a seafood chowder last week that was great. I'd bought a couple of those veggie/dip things (I call them veggie spinners) and had a nearly full one left over that needed to be used. So ... boiled up 3 lbs of potatoes and the carrots from the veggie box. Drained. Softly fried onions/shallots/celery (from the veggie box), peppered bacon. Threw bacon/onion mix into big pot with potatoes/carrots and the brocolli and cauliflower from the veggie spinner. Added a can of potato soup, a box of veggie broth and a half pound of mushrooms. Let everything cook for about two hours on a low simmer. Added 4 haddock loins. Cooked for about 15 minutes. Amazing chowdah.


These things are life savers.

I get a version of this from the farmer's market. Last night I made unstuffed cabbage. That's never the same way twice either.

Before hand I make a pot of rice, and set it aside to cool. Note, I make it with way too much water, because the rice seems to have the ability to soak up the equivalent of Lake Ontario when it's added to the other ingredients, and there isn't enough sauce.

Stuffing cabbage leaves is just too much work, so I just chop up a small head of cabbage and simmer it down for 10 minutes or so in a little liquid.
Then I add a couple of cans of diced tomatoes, and liquid.
In another bowl, I hand mix the cooked rice and raw very lean hamburger.

When the cabbage/tomato mixture is boiling, in goes the rice and beef, and what I've found to be really delicious, this brand of soup....

I then simmered for maybe a half an hour, until I knew the meat was cooked through.

This was the brand of diced tomatoes I used yesterday...sometime I chop up fresh tomatoes instead... 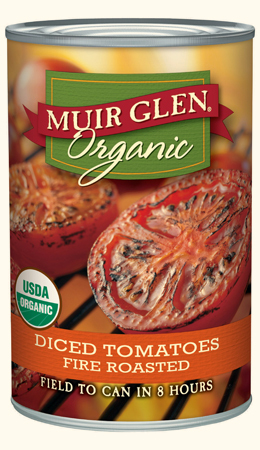 I have enough left over to feed an army. I put enough for another meal for 2 in the fridge, and the rest is now frozen.

Baldimo, I think you're getting from this that us wise women don't much care about whether it's a half a cup or 3/4's of something. Whatever feels right. I didn't add in when I put salt in something, that's an individual preference.

I did salt the water the rice was cooked in and tossed a little bit more in the rice beef mixure.

I buy bulk packs of chicken sausage, chicken thighs, salmon, turkey fillets, pork chops, etc., and repackage them into single servings in plastic sandwich bags and then into gallon freezer bags. That way I can remove a single serving from the freezer without having to thaw an entire package.


Cooking for one is hard to do if you are accustomed to cooking four or more serving recipes. What made it easier for me was downsizing the capacity of my cookware and small appliances such as the pressure cooker and crock pot. Preparing a soup in a 2 quart pot rather than a 6 quart pot helps reduce the quantity by limiting the tendency to keep adding ingredients until the pot is full.

An alternative to the foil packs and toaster oven is to use those same leftover ingredients in a stir fry on top of the stove.

Get yourself some zip lock type of plastic storage containers. You can use these to prep a few days worth of ingredients. Example, making a single serving sized stew will only take half a steak, half an onion, a carrot, a potato and half a container of broth. Store the unused ingredients in containers for use in another recipe in the next couple days.

You can use those same storage containers to freeze single serving sized leftovers in the freezer for next time.
1 Reply
1
Reply Wed 3 Dec, 2014 01:42 pm
By the way, many of the popular recipe websites let you set the number of servings you want to prepare and then recalculate the ingredient quantities accordingly. So look for that option if you find a large serving recipe you want to try.
1 Reply
1
Reply Wed 3 Dec, 2014 01:48 pm
@Butrflynet,
To fill your request for a beef stew recipe, here is one you can use as a guide and adapt to your own tastes.

This site is devoted to cooking for one, so do some exploring for tips and other recipes.


And here is one for a slow cooker

I learned about the cole slaw mix when Mac posted an inside out egg roll recipe about 10 - 12 years ago. I always keep a bag of it on hand now. You just never know when you might be making a soup/stew it could go in (or unstuffed cabbage rolls, or inside out egg rolls).
1 Reply
1
Reply Wed 3 Dec, 2014 02:08 pm
@ehBeth,
I buy the cole slaw mix myself. Inexpensive and handy.
Mix with sour cream and mayo. A pinch of sugar and a dollop of vinegar with a trace of shredded onion.
Goes great on Sabrett hot dogs.
2 Replies
1
Reply Wed 3 Dec, 2014 03:04 pm
@panzade,
hmmmm there's an idea
actually putting a dressing on it
you know - I've never done that

What I wish I had at hand (one of these days) is an additional small freezer, as half of my kitchen angst is rearranging the refrigerator's fairly small freezer compartment to encompass all my containers/jars/bags. Learning to label is a primary skill.
0 Replies
1
Reply Wed 3 Dec, 2014 11:01 pm
@ossobuco,
I, like you, moved away from KFC and made it my own recipe.
0 Replies
2
Reply Wed 3 Dec, 2014 11:11 pm
@Butrflynet,
I'm with you B-Net.
Good containers are a must when cooking for one.
I found some that aren't stained by tomato sauce and they are worth a little bit more than the cheap Glad containers.

Tonight I made my Oriental Beef & Broccoli for one.
The key ingredient is a package of Sun-Bird sauce which you mix with water and soy sauce. It's only a buck but it makes a tasty Gingery broth.

I like to have some Sesame seed oil on hand to saute the beef, broccoli and onions in.
A package of Bird's Eye Broccoli and a cheaper cut of beef(8 ozs) cut very thin and presto. A tasty little meal with the accompanying rice.
1 Reply