Can the swastika ever be redeemed? 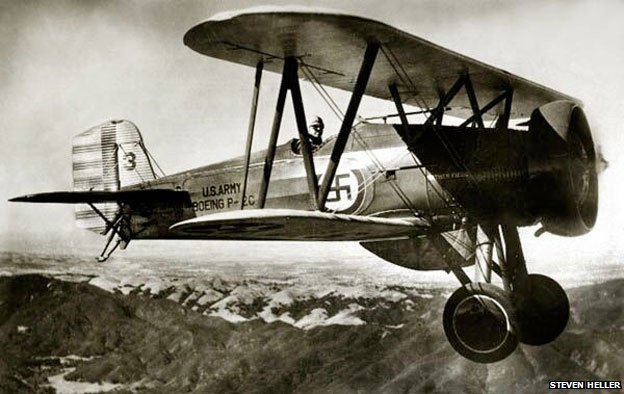 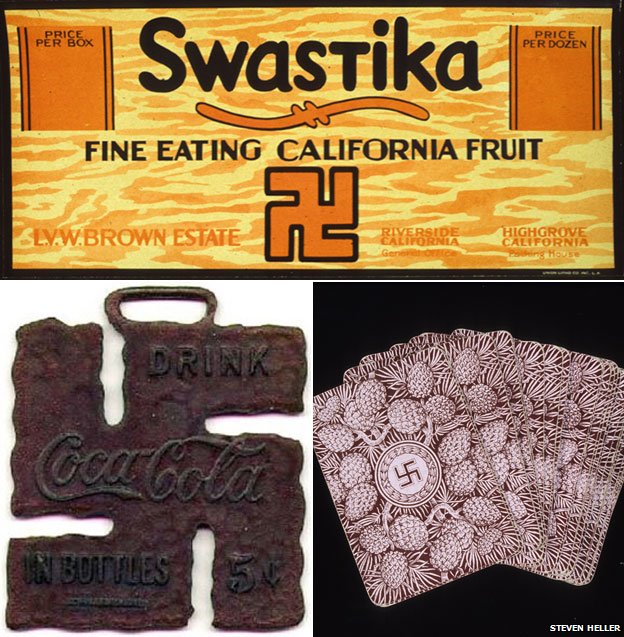 20th Century fad: Fruit packaging, a Coca-Cola pendant, and a pack of cards, all from the US

In the Western world the swastika is synonymous with fascism, but it goes back thousands of years and has been used as a symbol of good fortune in almost every culture in the world. As more evidence emerges of its long pre-Nazi history in Europe, can this ancient sign ever shake off its evil associations?

In the ancient Indian language of Sanskrit, swastika means "well-being". The symbol has been used by Hindus, Buddhists and Jains for millennia and is commonly assumed to be an Indian sign.

Early Western travellers to Asia were inspired by its positive and ancient associations and started using it back home. By the beginning of the 20th Century there was a huge fad for the swastika as a benign good luck symbol.

In his book The Swastika: Symbol Beyond Redemption? US graphic design writer Steven Heller shows how it was enthusiastically adopted in the West as an architectural motif, on advertising and product design.

"Coca-Cola used it. Carlsberg used it on their beer bottles. The Boy Scouts adopted it and the Girls' Club of America called their magazine Swastika. They would even send out swastika badges to their young readers as a prize for selling copies of the magazine," he says.

It was used by American military units during World War One and it could be seen on RAF planes as late as 1939. Most of these benign uses came to a halt in the 1930s as the Nazis rose to power in Germany.

The Nazi use of the swastika stems from the work of 19th Century German scholars translating old Indian texts, who noticed similarities between their own language and Sanskrit. They concluded that Indians and Germans must have had a shared ancestry and imagined a race of white god-like warriors they called Aryans.

The full article is much longer.

Personally I can't see it happening, I remember the band Kula Shaker being shunned when they tried to do exactly that.

I read recently that a fashion house (Melon?) were lambasted for making a polka dot style pattern made up of SS lightning bolts.

1 Reply
1
Reply Mon 23 Apr, 2018 02:19 pm
@chai2,
The Japanese Naval flag is just as repugnant to Japan's neighbors and, I assume, many Japanese themselves who lived through World War II, as the Nazi swastika.

Here you have Japanese dressed up in Naval uniforms in front of a memorial to the dead of World War II including convicted war criminals. The Rising Sun is symbolic of the sun goddess and is deeply ingrained in the psyche of many if not most Japanese. It is a beautiful flag and, unfortunately, reminiscent of the terrible, brutally imperialistic times. 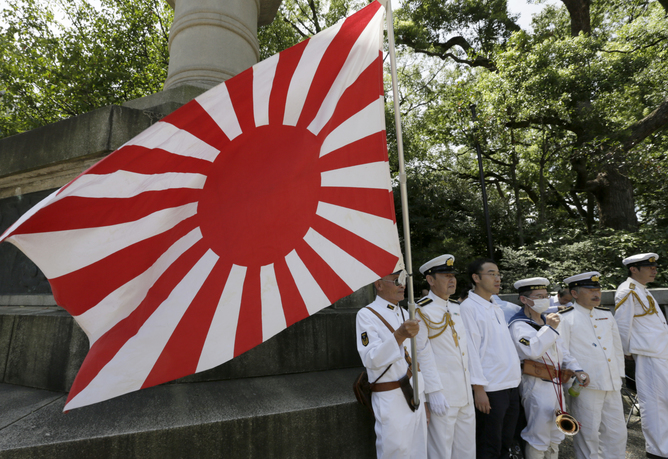 The Nazi use of the swastika stems from the work of 19th Century German scholars translating old Indian texts, who noticed similarities between their own language and Sanskrit. They concluded that Indians and Germans must have had a shared ancestry and imagined a race of white god-like warriors they called Aryans.

It's amazing how we can rationalize anything when we want to. Clive James said the Nazis spent millions trying to prove that their Japanese allies were 6-foot blue-eyed blondes in disguise ( genetically).
0 Replies
1
Reply Mon 23 Apr, 2018 04:17 pm
@coluber2001,
coluber2001 wrote:

However, the swastika has become so repugnant and taboo that I doubt that it or the name Adolf will be resurrected for a long long time.


Now this is for just for the US.

Popularity Over Time: How Many Boys Have Been Named Adolf
This chart illustrates how many Boys were named Adolf in the U.S. since 1880.

A few facts about the boy's name Adolf:
Records indicate that 525 boys in the United States have been named Adolf since 1880.
The greatest number of people were given this name in 1918, when 56 people in the U.S. were given the name Adolf. Those people are now 100 years old.