When is a mutt not a mutt?

Forums: Dogs, Mutts, History, Dog Breeds, Genetics
Email this Topic • Print this Page
Reply Tue 23 Sep, 2014 08:11 pm
About a month ago I transferred my puppy over to my regular vet. One of the women in the office freaked out over her. She said that she had once worked with sled dogs in Alaska and my dog was a specific, and highly prized, variety of sled dog. She said next time I came in she'd have some information for me.

Then yesterday we were at the dog park and a woman swooned asking who owned the "Chinook". Nobody responded because nobody had a Chinook (or had even heard of one). It turns out she was talking about my mutt.

When I got home I looked up Chinooks and I'll be damned if my dog isn't EXACTLY like one. I mean exactly. Chinook's were once listed in the Guinness Book of World Records as the rarest dog in the world.

I don't have a current photo of my dog but I swear she looks exactly like the one on the AKC website:

It was developed by Polar Explorer Arthur Treadwell Walden during the early 1900's by blending a Mastiff type dog with Greenland Husky as well as German and Belgian Shepherds.

Doesn't mixing all those breeds together make a dog a mutt?

Our new(er) rescue girl is a Papitzu. Papitzu are on the designer dog registry

As far as I am aware, a recognised breed is one which remains pretty true to the 'engineered' type, generation after generation.
And, as far as I am aware, the Greyhound is the only type of domesticated dog that has not been engineered by humans.
According to a study my son read when he was writing a thing on genetics, the greyhound has always been the greyhound as we know it, and was domesticated as such.
It is now found in many breeds of dog, purely because of the 'speed' element which it brings to the mix.
A greyhound/mastiff mix became the Great Dane, for instance. Power and speed. 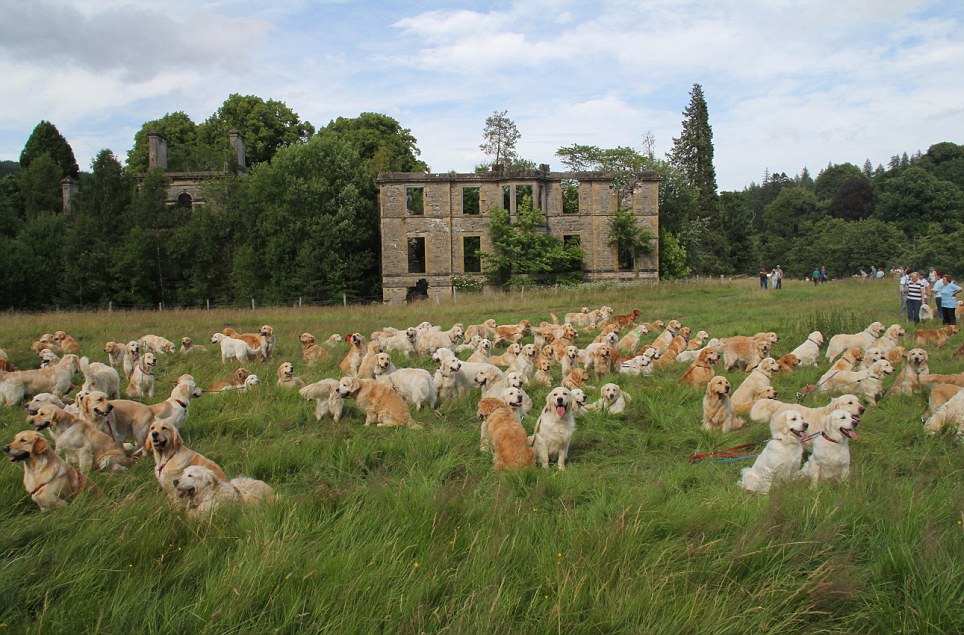 
It would seem that your 'Mutt' is either a coincidental accident, or is indeed a Chinook. If you know the parent dog or dogs and they were something else, then it points to coincidental. I'm a mutt lover. When people ask me what my dogs are I say "good ones".

I guess I'll have to read up on breeding protocols. It just seems strange to me that certain mixes get noticed and noted.

I'm guessing a Papitzu is a Papillon and Shish Tzu mix? How adorable must s/he be!!
3 Replies
1
Reply Tue 23 Sep, 2014 08:37 pm
@boomerang,
Bella is a tiny rock star - looks like a miniature Cavalier King Charles Spaniel - with an underbite (which is true to errrr breed).

1 Reply
2
Reply Tue 23 Sep, 2014 08:51 pm
@ehBeth,
Over here, we have Cockerpoo, Sprocker spaniel and Labradoodle all being considered for 'breed' status. I think the Labradoodle may have got it by now. It was Bred originally for guide dog use for blind people who had fur allergy.

The Sprocker (springer/cocker) is one being developed by the Police as a specialised sniffer dog at the moment, as one brings an exceptionally keen nose and the other a non stop work mentality.

Snippet:
"Scientists have found the secret recipe behind the spectacular variety of dog shapes and sizes, and it could help unravel the complexity of human genetic disease......"
0 Replies
3
Reply Tue 23 Sep, 2014 09:09 pm
@ehBeth,
I have posted this too often but really ... she's cute

Clearly I was born into the wrong life. I should have been a posh English lass who, when I said I had 122 dogs people just responded with "How lovely, dear."


You have to be pretty fit to be a posh English lass, Boom, as they get you doing things like....oh, I don't know, being hunted down by a pack of 31 bloodhounds?

The pit bull is not a breed but a conglomeration of traits, and those traits are reshaping what we think of as the American dog, which is to say the American mutt. A few generations ago, the typical mutt was a rangy dog with a long snout and pricked ears—a shepherd mix. Now it looks like a pit bull.

1 Reply
1
Reply Wed 24 Sep, 2014 11:05 am
@boomerang,
accoring to the defintion of some source it cesaes to be a mutt as soon as you define the orgins of the biological entinty
0 Replies