Lauren Bacall almost made it to 90

Seldom in Hollywood has a star risen from obscurity to headliner with such rapidity as Lauren Bacall.

Ms. Bacall, who died Tuesday at age 89 in New York, was among the last of the golden age screen goddesses, despite having appeared in relatively few films. She went on to star in Broadway plays and musicals.

Part of the reason for her legend was that she was Mrs. Humphrey Bogart—Hollywood royalty almost from the start.

In an early scene in "To Have and Have Not" she fixed Mr. Bogart with a smoldering gaze that became known as "the Look."

"You know how to whistle, don't you Steve?" she said. "You just put your lips together and blow." Audiences never recovered.

That her chin-down posture was required to control the 19-year-old film rookie's nerves wasn't apparent. Walter Winchell welcomed her with a column headlined "The Bacall of the Wild." Life magazine put her on the cover and wrote, "Her simplest remarks sound like jungle mating cries." 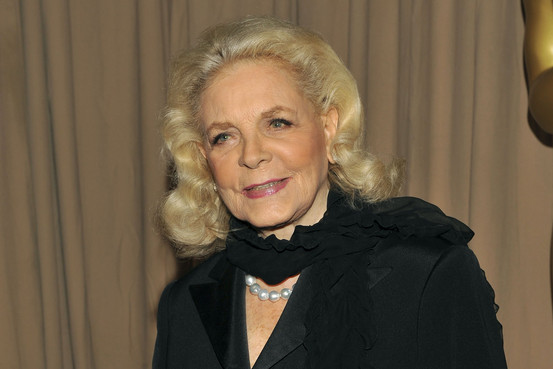 (CNN) -- She was bold, even brash.
With her alluring looks and smoky voice, Lauren Bacall delivered classic lines, both on and off screen.
Her most famous line:
"You know you don't have to act with me, Steve. You don't have to say anything and you don't have to do anything. Not a thing. Oh, maybe just whistle. You know how to whistle, don't you, Steve? You just put your lips together and blow," Lauren Bacall as Marie Browning in "To Have and Have Not."

0 Replies
-1
Reply Tue 12 Aug, 2014 09:46 pm
Ya Edgar, so much of the interaction between Bogie and Bacall is deeply offensive to the feminists. The sooner these movies get buried the better so far as they are concerned. Thing is Bacall played a smart strong woman almost always, there is no cause for offense.
2 Replies
4
Reply Tue 12 Aug, 2014 10:17 pm
@hawkeye10,
I haven't heard any women hating on Bacall. She was elegant, refined, sophisticated. She taught millions of women how to be sexy without looking desperate. I think Kathryn Hepburn, Garbo, Marlena D., Myrna Loy, Rosalyn Russell, Elizabeth Taylor, Lucille Ball and others broke the mold. Women loved them.
2 Replies
-2
Reply Tue 12 Aug, 2014 10:30 pm
@hawkeye10,
WONDERFUL

Why will people doubt you wrote it?

They think actors are freaks—that we're a lot of drunks who party all the time and never work. Well, I for one work my tail off.

You were brought up to be a "nice Jewish girl," as you put it, but in Hollywood you hid that fact. Why?

So much more was made of my concealing it because I didn't "look" Jewish. There was anti-Semitism in Hollywood and I was terribly frightened. Remember, I was 19 and wasn't exactly swimming in self-confidence. It's one area of my life I am not proud of.

When you were going with Bogart, did you tell him you were Jewish?

Yes. I had once been asked out by a West Point cadet and the subject of religion came up. He never called back, and I was sure it was because I was a Jew. So when I fell in love with Bogie, I knew I had to damn well get it straight. Of course, he was the last man on earth it would have bothered.

Were you a great fan of Bogie's before you met him?

You can't acquire a voice. Either you have it or you don't. But Howard wanted me to be insolent with men on the screen, and that meant training my voice so it would remain low. I would park on Mulholland Drive—so as not to disturb the neighbors—and read The Robe aloud in a low, low voice. I was never much of a screecher anyway.

How did the Bacall "look" come about?

I used to tremble from nerves so badly that the only way I could hold my head steady was to lower my chin practically to my chest and look up at Bogie. That was the beginning of the Look. I still get the shakes from time to time.

Are you the tough cookie most people think you are?

I never thought I was a tough cookie at all. When I was making To Have and Have Not Howard Hawks wanted an attitude of worldliness. At the time I was trying to figure out how a kid with absolutely no sexual experience could convey worldliness. The biggest misconception people have about me is that I'm in control of every situation. I'm rarely in control of any situation.

A love story for the ages; quite atypical for Hollywood

WHAT? She was 19 for Gods sake, he was 44...and fricken powerful. According to feminist theory on power imbalances in relationships she was a classic victim.
1 Reply
2
Reply Tue 12 Aug, 2014 10:42 pm
I loved Bacall performance on the Sopranos, she was in an episode where Christopher is trying to talk to Ben Kingsley to interest him in his movie proposal, but the thugs get a glimpse of the swag bags and wind up mugging Lauren Bacall knocking her to the ground to steal her swag ball. I always thought The Sopranos series was genius, you start to care about the sociopaths because a part of this was human, then the unbridled greed and the idea that everybody else was a paycheck because these people had no respect for anyone but themselves and they would steal from each other.
0 Replies
0
Reply Wed 13 Aug, 2014 08:54 am
@hawkeye10,
Quote:

WHAT? She was 19 for Gods sake, he was 44...and fricken powerful. According to feminist theory on power imbalances in relationships she was a classic victim.

One hundred percent true as feminist theory would foreclose women from forming relationships with more powerful men for their own good.

My bet is that the lawyers at Microsoft was greatly concern over possible civil liabilities when Gates form a relationship with a middle level woman in his company if that relationship had gone bad.
0 Replies
1
Reply Wed 13 Aug, 2014 11:40 am
To Have and Have Not, Bacall's feature film debut, is not really a very good movie. It has almost no relationship to the Hemingway novel, aside from both featuring a two-bit smuggler with a boat in the Caribbean. Instead, it's a rather contrived reworking of Casablanca (just as Key Largo, another Bogart-Bacall movie, is a reworking of The Petrified Forest). In short, it's Casablanca with boats. The thing that made Casablanca great - it's superb supporting cast - is absent from To Have and Have Not. The only thing that rescues the film is the incendiary chemistry between the two lead actors, which they repeated in The Big Sleep, a much, much better film. So enjoy all the film clips of Bacall reminding Bogart how to whistle, but this weekend I'll be watching The Big Sleep.
1 Reply
2
Reply Wed 13 Aug, 2014 11:56 am
@joefromchicago,
I agree with you, Joe, re:To Have and to Have Not only insofar that the film bears virtually no resemblance whatever to the Hemingway novel except for the title and the names of the major characters. Other than that, it's a pretty good original flick, imo, and should have been released under a different title without any royalties going to ol' Ernie 'Emorroid. As for Key Largo and The Petrified Forest, both were originally stage plays and the film-scripts stay fairly close to the original story lines, so I don't see how you can say that one is a remake of the other.
1 Reply
1
Reply Wed 13 Aug, 2014 12:05 pm
@glitterbag,
glitterbag wrote:

I haven't heard any women hating on Bacall. She was elegant, refined, sophisticated. She taught millions of women how to be sexy without looking desperate. I think Kathryn Hepburn, Garbo, Marlena D., Myrna Loy, Rosalyn Russell, Elizabeth Taylor, Lucille Ball and others broke the mold. Women loved them.


True. It's interesting to find a younger generation of educated, professionals (men and women) discovering and appreciating the work of some of these actors. I think it's a shame that more haven't discovered them yet.
0 Replies
1
Reply Wed 13 Aug, 2014 12:09 pm
I have always liked Lauren the person, but have never sat through her movies to the end.
0 Replies
1
Reply Wed 13 Aug, 2014 12:54 pm
@Lustig Andrei,
Lustig Andrei wrote:

As for Key Largo and The Petrified Forest, both were originally stage plays and the film-scripts stay fairly close to the original story lines, so I don't see how you can say that one is a remake of the other.

Not a remake, but a reworking of the same plot. "Terrified people trapped in a remote location by a gangster on the run from the law." That describes both. It doesn't really matter that they were both stage plays, or are you suggesting that playwrights can't steal from each other?

(The plots of One Flew Over the Cuckoo's Nest and Cool Hand Luke also bear an uncanny resemblance to each other, even though they both started out as novels. Coincidence?)
0 Replies
3
Reply Thu 14 Aug, 2014 04:58 am
Lauren and Humphrey protesting McCarthyism