No gays in NFL.

"In a mind-boggling statement, Washington lobbyist Jack Burkman said that he is drafting legislation that would ban gay athletes from playing in the NFL if approved.

“We are losing our decency as a nation,” Burkman said in a statement, according to Rebecca Shabad of thehill.com. “Imagine your son being forced to shower with a gay man. That’s a horrifying prospect for every mom in the country. What in the world has this nation come to?”

His legislation was spurred by the coming out of Michael Sam, who, if drafted, will become the first openly gay man in the NFL."

“If the NFL has no morals and no values, then Congress must find values for it,” Burkman said."

So much for "land of the free" and less government. Next thing you know, we will have black quarterbacks.

Imagine your son being forced to shower with a gay man.

They'd better ban PE in the schools too (if budget cuts don't kill it first).
0 Replies
1
Reply Tue 25 Feb, 2014 11:09 am
**** like that cracks me up. Alexander of Macedon and Iulius Caesar were at least bi-sexual. I'd like to see the Congressman go up against either of them. Richard Coeur de Lion (Richard Lionheart) was openly gay, and he loved nothing better than to hack people into little pieces with a two-handed broadsword. Let's see the linebackers do one-on-one with him! Then there was the Theban Sacred Band . . . 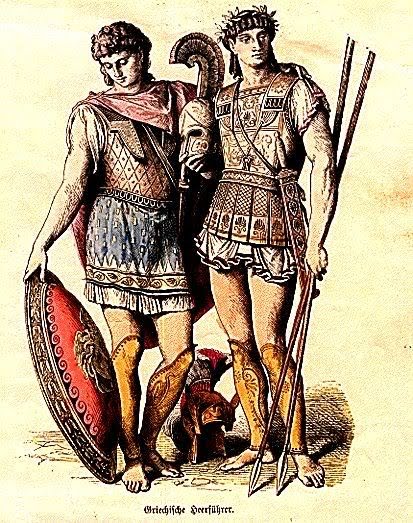 Of course, he probably was motivated by reading his King James Bible--commission by the gay King of England.
1 Reply
1
Reply Tue 25 Feb, 2014 11:24 am
I always thought the American football players who put a dab of makeup under their eyes are gay?
I think their lame excuse is that it kills the distracting reflection of the floodlights off their cheekbones.

"You beat a woman and drag her down a flight of stairs, pulling her hair out by the roots? You're the fourth guy taken in the NFL draft. You kill people while driving drunk? That guy's welcome. Players caught in hotel rooms with illegal drugs and prostitutes? We know they're welcome. Players accused of rape and pay the woman to go away? You lie to police, trying to cover up a murder? We're comfortable with that. You love another man? Well, now you've gone too far!" -- Dale Hansen, Dallas sports anchor for ABC local affiliate WFAA
1 Reply
1
Reply Tue 25 Feb, 2014 10:29 pm
@wmwcjr,
This is wonderful, I've sent the video to a group of friends.
1 Reply
0
Reply Tue 25 Feb, 2014 10:52 pm
@glitterbag,
I thought you might like it.