Forums: Protests, Sao Paolo, Rio De Janeiro, World Cup, Forteleza
Email this Topic • Print this Page
Reply Sat 22 Jun, 2013 01:03 pm
I've read some about Brazil and its history, but basically I know nuthin'. I've long wanted to go there though, and not to see the beaches.

I'm sad about the destruction in the protests but don't have the background to know the context of it all. I did see an earlier news article somewhere about a massive amount of people protesting transportation fares, apparently (from here) not particularly destructively. But stuff escalated or was taken over?

Any of you following this want to weigh in?


Here's a slide show of photos with a short explanation. It's from the New Yorker's photo department blog. 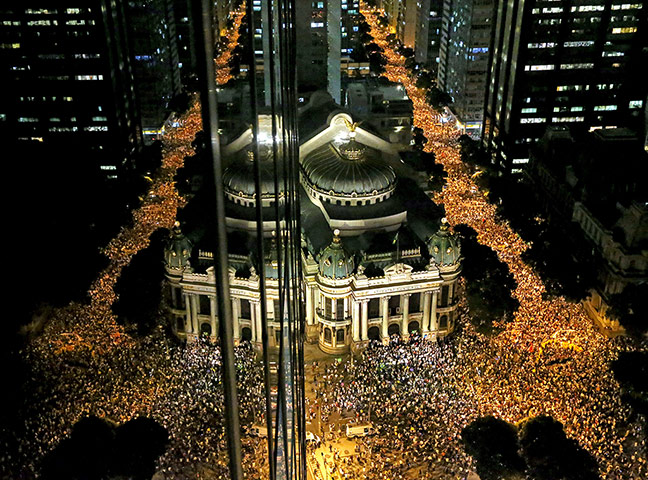 In Rio de Janeiro, demonstrators took to the streets initially to protest against the cost of bus fares.
Photograph: Agencia Estado/Rex
(In today's Observer)