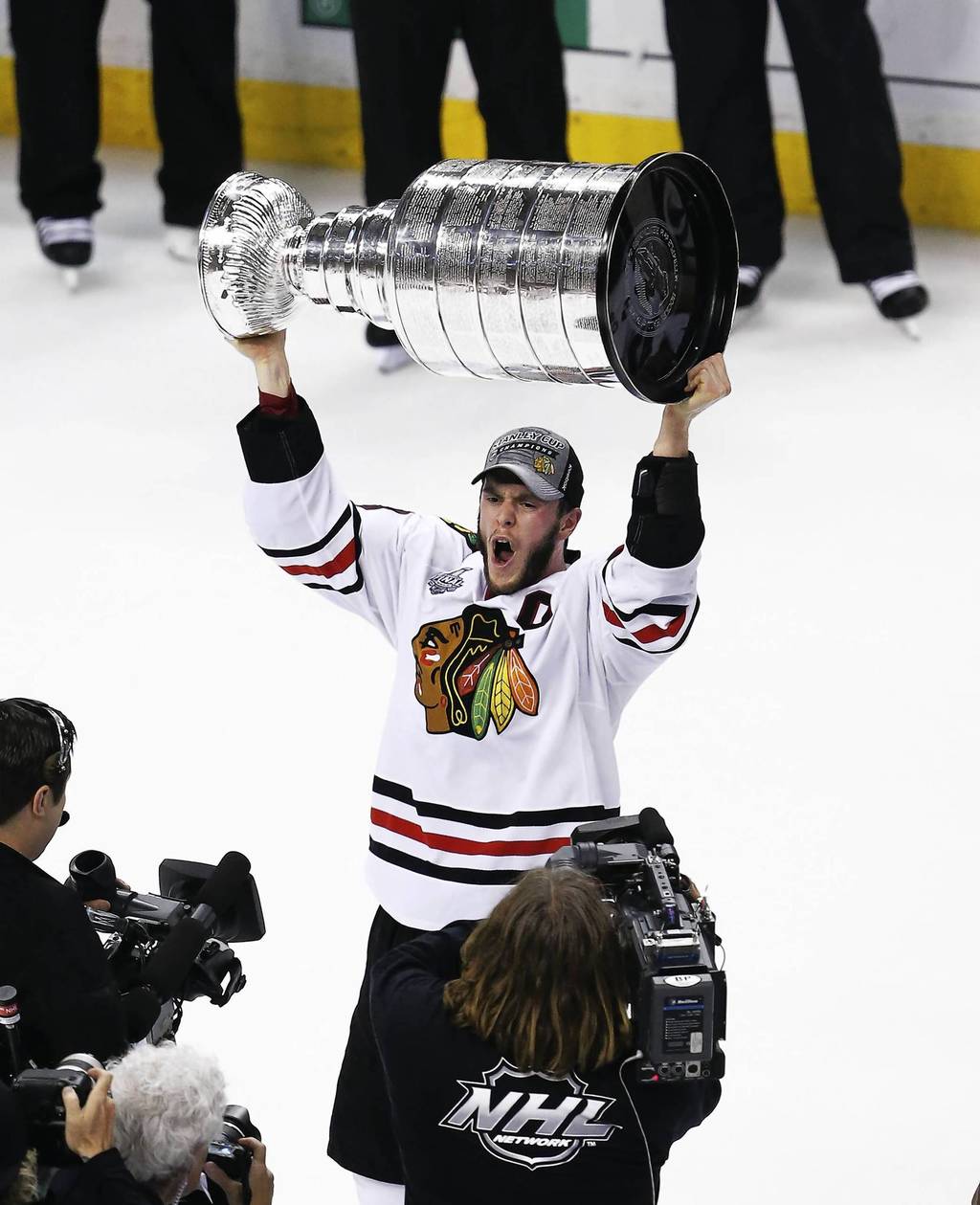 At the risk of putting too fine a point on this debate (which I enjoy) ...


A final point: Corey Crawford played every minute of the playoffs for the Hawks, won 16 games, had a league-best 1.84 GAA in the post-season and a .932 save percentage. So who won the Conn Smythe Trophy? Patrick Kane. And if the Bruins won the Cup, it would have been Dave Krejci or Zdeno Charra who would have been named the MVP, not Tuukka Rask. Which all goes to say that I'm right and the award voters agree with me.
1 Reply
1
Reply Tue 25 Jun, 2013 07:33 am
@joefromchicago,
I'd answer you but I'm still weeping in my beeah!
0 Replies
1
Reply Tue 25 Jun, 2013 07:42 am
The Hawks left no doubt who the better team was.
Scoring 2 goals in 17 seconds in the last 2 minutes of a 6th game on the road?
Buddy that's total domination.
1 Reply
1
Reply Tue 25 Jun, 2013 08:32 am
@panzade,
Easy there. Many observers felt that this SC was a well-matched series for awhile. Yes, the better team won in the end.
0 Replies
3
Reply Tue 25 Jun, 2013 08:39 am
Thanks for the great posts on this thread.

It was a memorable hockey year.

This guy says it best:

The 2013 NHL season delivered exactly what we all deserved, and the most entertaining Stanley Cup Final in recent memory concluded with possibly the wildest, most insane closing game in Cup Final history. This season, these playoffs, that Cup Final and that conclusion were the only proper way to repay us for still being here nine months after Gary Bettman, his 30 bosses and the NHLPA shut down the sport last September.