Forums: Comic Books
Email this Topic • Print this Page
Reply Sun 30 Dec, 2012 04:43 pm
so, about a year and a half ago, i went up north to help Tai Chi and my BIL move into the schoolhouse

on the ferry over i'm in the gift shop and i buy a comic book, this one 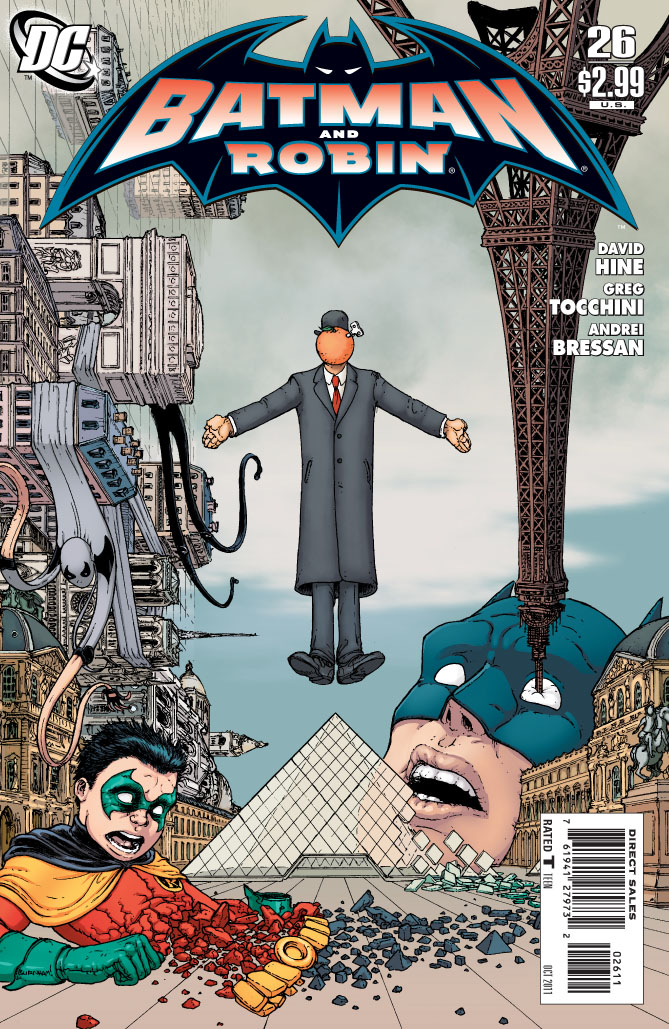 now i rarely buy single issue comics anymore, i wait for collected editions (i will buy the odd old comic at yard sales or used bookstores), and when purchasing this particular issue i had already accumulated two volumes collecting this titles run

i had no idea this was the last issue of this particular comic books incarnation and it sat on my shelf for a number of months, a while back i completed the collected editions of this particular series and was surprised to find that issue #26 wasn't included, the series ended with # 25, which was fine as the story went since it was the culmination of a story arc anyway

it's curious though, that issue #26 the final in the series (and a standalone story) wasn't included, and fortuitous that something (and really it was the cover and interior art work that grabbed me) made me purchase this single issue
Type: Discussion • Score: 3 • Views: 936 • Replies: 5
2
Reply Sun 30 Dec, 2012 07:48 pm
@djjd62,
Let this teach you to visit your sis a lot more often.

Da Da was deconstructing the world as we know it, and attempting to rebuild a new one, it's an odd tale and an interesting one given that DC itself was getting ready to deconstruct and recreate the DC universe in a story arc, called Flashpoint, the result of which led to them wiping the slate clean and a relaunch of all titles and some new ones, origins were re-told and characters were revamped

1 Reply
1
Reply Mon 31 Dec, 2012 11:33 am
@djjd62,
When I first started reading your thread DJ, I thought you were going to say, the comic you bought had an error in the printing and you just found out that the value of the comic had recently skyrocketed.
1 Reply
2
Reply Mon 31 Dec, 2012 01:44 pm
@tsarstepan,
i've probably had comics that were worth money, but i read them

and sometimes spilled food and beer on them (in the good old days i picked up my Friday comic order and would often sit reading them in the Rose and crown with a pint and some fish and chips waiting for whomever was hanging out that night to show up, as we headed out the comics would get stuffed into a backpack and carted all over the city)
0 Replies