The Bear And Squinney Together Again

When couples marry, divorce, then remarry each other

It’s not uncommon for celebrity couples to divorce and remarry each other. But Hollywood doesn’t have a monopoly on the phenomenon.

While no one knows for certain how many divorced couples remarry each other — neither The National Center on Health Statistics nor the Census Bureau keeps track — a search of Grand Traverse County marriage records turned up dozens of couples who tied and retied the knot.

“That happens,” confirmed Bonnie Scheely, deputy director of the County Clerk’s office. “I notice it every once in a while, maybe a few a year. But then all of us (clerks) record marriages, so I’m not seeing them all.”

“I’ve had people who are on their second or third marriage to each other,” said Tilley. “I do know of at least one couple who married three times.”

Why couples remarry after divorcing may be as complicated as why they divorce in the first place. Some find solutions to their problems. Some need time apart to grow up. And some realize the grass isn’t greener on the other side after all.

That was the case for Talonda Finn, who remarried husband Christopher in 2002 after being divorced for four years.

A stay-at-home mom who lives in Traverse City, Finn first married at 19 after falling in love with Christopher’s strength.

“When you look in people’s eyes you can see into their soul,” she said. “When I looked into his eyes there was such comfort and peace there, even when there was chaos in the rest of the world.”

Before long the couple found themselves parents of a son. They lavished all of their attention on him and had little left over for each other. Finn grew increasingly restless and dissatisfied. Instead of speaking out about her feelings, she held them inside. And one day during a rare heart-to-heart talk with Christopher, she asked for a divorce.

“I just realized I was missing something because I was so young,” she said.

The couple lived apart for two years. Eventually both became involved in serious relationships with other people. Hers was abusive, his not particularly loving. Their frequent talks about their son often turned to other confidences.

“I always thought of him as a good friend and I wanted to keep that open,” Finn recalls.

The couple became even closer when Finn decided she wanted out of the abusive relationship. For a month after she ended it, she and Christopher talked every day.

“The more we talked, the more we got along,” she said. “One thing led to another” and eventually they began dating again. Soon they moved in together and conceived another son. And though they didn’t remarry at first for fear of jinxing the relationship, “we knew in our hearts that there was nobody else,” Finn said.

Looking back, Finn said the divorce was both the hardest and best thing that ever happened to them.

“It gave both of us the courage to be able to speak our minds to each other,” she said. “We’re a lot more secure with each other. We still have those issues but we know how to deal with them better. If I need a break I tell him, and take that break.

“I think you do grow. You don’t realize what you had until you don’t have it and when you get it back you’re grateful. Now we have a much better life.”

Half of all marriages that end do so in the first seven years, according to John Gottman, a University of Washington professor of psychology who has done extensive research on why marriages succeed and fail. (The second critical time for divorce is in mid-life, when couples often have young teenage children.) Yet remarkably, the average couple waits six years before seeking help for marital problems.

“If it had been mandatory to go through counseling before divorce. . .I don’t think we would have gotten divorced,” said Sherry Arp, who remarried husband Terrance in June, nearly 20 years after their divorce. “It wasn’t where either of us were cheating on each other or anything. We just drifted apart.”

Married just six years before she decided to call it quits, the 44-year-old Traverse City woman said there was nothing wrong with her marriage that talking it out with a third party couldn’t have fixed. But with her parents and grandmother no longer alive, “I had no guidance, really, nobody to set me straight,” she said.

After four years apart, during which they continued to see each other for their children’s sake, the couple got together again. Only this time they were older, wiser and more financially secure. And this time they waited 10 years before getting remarried by a Justice of the Peace — with two of their children as witnesses.

“In a certain sense they don’t have to start all over again, especially if they maintain their roles while separated,” said Kindt, a certified social worker who deals with couples about 50 percent of the time in her Traverse City practice. “When you remarry, you’re establishing new roles, new financial, new emotional ties. You don’t have to do that when you were already married.”

Some 25 to 30 percent of marriages fail because partners can’t find a solution to the nagging issues many couples face, Kindt said. The most common issues include poor communication, financial problems, a lack of commitment to the marriage, a dramatic change in priorities, and infidelity, according to the American Academy of Matrimonial Lawyers.

Other common causes of divorce are failed expectations or unmet needs; physical, sexual or emotional abuse; and addictions and substance abuse.

It was the latter that caused Laura and Ted Clark (not their real names) to divorce after 35 years of marriage. Childhood sweethearts who married young, the couple were social drinkers like others of their generation. But by the time Ted joined a large corporation downstate, his drinking had begun to accelerate out of control.

“He had signs of alcoholism even in his early 20s,” said Laura Clark. “When there was stress at work, he’d rely on alcohol to relieve it. He was still a wonderful husband and father but it was still a concern.”

A series of job transfers Ted didn’t want made matters worse. And when he was transferred to wine-thirsty Europe for three years — a move the couple thought would be a fresh start — he felt pressured to end his four-year abstinence.

After three decades of marriage, Clark finally gave up.

“I filed for divorce because he would not get the help he needed,” she said. “He was in the grips of all the hallmarks of alcoholism: denial, reversal. I just decided it was time. I finally began to understand the concept of enabling.”

Clark moved to Traverse City to make a new life for herself. She began dating other people. Ted went into rehabilitation therapy and tried to pick up the pieces of his life. The couple talked once or twice a year when it was necessary, but Ted remained bitter over the divorce.

Then in 2001 Clark was diagnosed with breast cancer and everything changed. From treatment to recovery, it was Ted who saw her through. And the new Ted was remarkably different from the old.

“Because I hadn’t been around him in so long I could see how much he had changed,” Clark said. “His personality was what I remembered, what I had fallen in love with. His sense of humor was back.”

The couple began dating and, after seven years apart, remarried on the 42nd anniversary of their first marriage. Now in their 60s and retired, they’re building a new house together.

“We were both really thrilled to be back together,” Clark said. “It’s just so wonderful to have somebody you have a history with. You can reminisce about family, old friends. Our children are just ecstatic. But more important, we really are happy ourselves.

“A life-threatening diagnosis all of the sudden puts all your values in place. I think we both realized that it was necessary for us to grow apart to really appreciate what we had.”

While reuniting after so many years apart may seem strange to some, Arp said it felt natural to her.

“As we drifted apart we just sort of drifted together again,” she said.

“I think people fall back in love with each other sometimes,” she said. “There’s that lingering attachment and emotional commitment to each other. I don’t think those feelings end because you’ve decided to separate.”

Of course, it isn’t all happy-ever-after.

“It took a lot of forgiving on both sides,” Clark admitted. “Divorce is just a horrible, horrible experience. We said terrible, ugly things to each other. 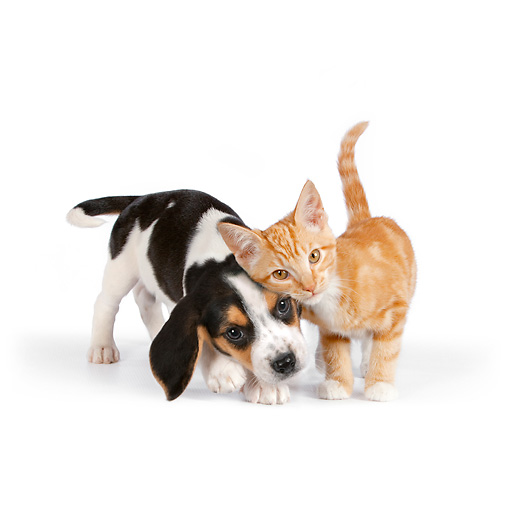 Sometimes "complicated" is the only to describe it, but what works, works.