Is free-will an illusion?

Not having a free eill limits your critical thinking, sir. I can see very clearly , you do not mind being limited in that at all.
1 Reply
1
Reply Wed 20 Apr, 2016 09:27 am
@Bythewayside,
Action and reaction rather then choice good Sir. You will what you need, you don't will what you chose to need. Choices must have good justification not "arbitrarity" for referent. Inverting the reasoning on what takes precedence doesn't make a case.
0 Replies
1
Reply Mon 2 May, 2016 05:56 am
Its funny...in a sense there is free will....the sense in wich willing happens. Nothing changes the nature of the very concept of willing. Willing exists !
One wills what one IS.
0 Replies
1
Reply Sun 8 May, 2016 02:46 pm
Found this interesting. Learning without a brain. Maybe neurons are just specialized in doing something that all cells can do: learn.

For the first time, scientists have demonstrated that an organism devoid of a nervous system is capable of learning. A team from the Centre de Recherches sur la Cognition Animale (CNRS/Université Toulouse III – Paul Sabatier) has succeeded in showing that a single-celled organism, the protist Physarum polycephalum, is capable of a type of learning called habituation. This discovery throws light on the origins of learning ability during evolution, even before the appearance of a nervous system and brain. [...]

An ability to learn, and memory are key elements in the animal world. Learning from experiences and adapting behavior accordingly are vital for an animal living in a fluctuating and potentially dangerous environment. This faculty is generally considered to be the prerogative of organisms endowed with a brain and nervous system. However, single-celled organisms also need to adapt to change. Do they display an ability to learn? Bacteria certainly show adaptability, but it takes several generations to develop and is more a result of evolution. A team of biologists thus sought to find proof that a single-celled organism could learn. They chose to study the protist, or slime mold, Physarum polycephalum, a giant cell that inhabits shady, cool areas and has proved to be endowed with some astonishing abilities, such as solving a maze, avoiding traps or optimizing its nutrition. But until now very little was known about its ability to learn.

During a nine-day experiment, the scientists thus challenged different groups of this mold with bitter but harmless substances that they needed to pass through in order to reach a food source. Two groups were confronted either by a "bridge" impregnated with quinine, or with caffeine, while the control group only needed to cross a non-impregnated bridge. Initially reluctant to travel through the bitter substances, the molds gradually realized that they were harmless, and crossed them increasingly rapidly—behaving after six days in the same way as the control group. The cell thus learned not to fear a harmless substance after being confronted with it on several occasions, a phenomenon that the scientists refer to as habituation. After two days without contact with the bitter substance, the mold returned to its initial behavior of distrust. Furthermore, a protist habituated to caffeine displayed distrustful behavior towards quinine, and vice versa. Habituation was therefore clearly specific to a given substance.

Habituation is a form of rudimentary learning, which has been characterized in Aplysia (an invertebrate also called sea hare). This form of learning exists in all animals, but had never previously been observed in a non-neural organism. [...] 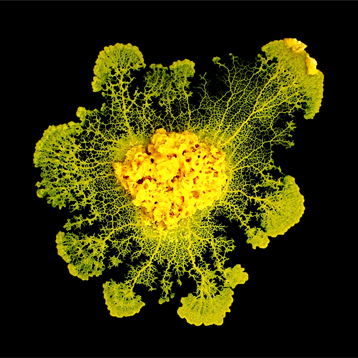 How do defenders of Free Will explain Nature creativity and all its incessant innovations? In other words, how do they explain Nature actions that seem to them as not predictable from past behavior but are successful in creating the marvelously fascinating beauty of the Universe from enigmatic black holes to deadly viruses. By extension, how do defenders of Free Will explain the proliferation of Nature diversity which is accumulated from innumerable acts of new creations from magnificent Himalayas to a knowledge seeking forum member. And how do they explain the Climate Change over time, in past history and in an ominously accelerating fashion, in the present day.

Most of all – Where do defenders of Free Will determine the “game changing” difference between Human and Nature activities?

1 Reply
1
Reply Tue 21 Jun, 2016 04:33 pm
@Baboonik1,
It's because 'free will" is the wrong word. It's NATURE/natural.
1 Reply
1
Reply Sun 26 Jun, 2016 06:10 pm
@cicerone imposter,
Nature changes in adaptive ways as a result of biological evolution by natural selection, which takes at hundreds or thousands of years. Human behavior changes as a result of cultural evolution, which occurs much faster. The source of natural change, adaptive or otherwise, is random mutations to genes. The source of cultural change, adaptive or otherwise, is new ideas. Don't the deniers of free will insist that what happens in human consciousness, the seat of ideas, has no independent causal effect on human behavior?
1 Reply
1
Reply Sun 26 Jun, 2016 06:32 pm
@Cassander,
Think Hitler, Tojo, Musolini, and Confucius. They changed the whole culture.
1 Reply
1
Reply Mon 27 Jun, 2016 03:09 pm
@cicerone imposter,
Think the gay rights movement, particularly the strategies of the leaders who developed the campaign for gay marriage and the tactic of "coming out" to friends and relatives. The dam of resistance by Christians seems to have just broken, after the massacre in Orlando.
1 Reply
1
Reply Mon 27 Jun, 2016 03:21 pm
@Cassander,
I've always believed in equal rights for all. It's probably because I'm Japanese American, and grew up at a time when discrimination against us were common.
0 Replies
1
Reply Mon 27 Jun, 2016 10:16 pm
Not Exactly but it can be! It depends on certain reasons.
0 Replies