though innocent, his reputation is damaged beyond repair.
no HOF for roger the dodger...
0 Replies
1
Reply Tue 19 Jun, 2012 06:46 am
@edgarblythe,
edgarblythe wrote:

He was given two trials and convicted of nothing. Hopefully, they will let it go. I am looking to the same outcome for Lance Armstrong.


The government dropped its investigation of Armstrong. We're not talking criminal trial in that case.
2 Replies
1
Reply Tue 19 Jun, 2012 07:27 am
@engineer,
I know there isn't a criminal case against Lance, but he is presently banned from competing in triathlons.
(Wouldn't you hate being in a triathlon against him. You beat him by nine minutes in the swim, he passes you on the bike about fifteen minutes later. . going 32 mph ........ uphill....... . )

I read this morning that some athletic association/body/group in thinking about striping him of his Tour wins.

The U.S. Anti-Doping Agency is set to bring doping charges against Lance Armstrong that could lead to his being stripped of his seven Tour de France titles.

Armstrong, 40, has fought off doping accusations for more than a decade, including coming out on top when a two-year federal investigation into his alleged doping-related crimes was dropped four months ago.

This time, though, the accuser is the anti-doping agency, which does not have the power to bring criminal charges but does have the power to strip him of the accolades that helped make him the most famous cyclist in history.

If its charges are upheld, the agency -- a quasi-governmental organization that oversees anti-doping mostly in Olympic sports -- could also levy a lifetime ban on him from competing in elite events.

Some 93 federal agents interviewed 179 individuals in 68 locations and produced 235 reports of their interviews to prepare for the Roger Clemens perjury trial. 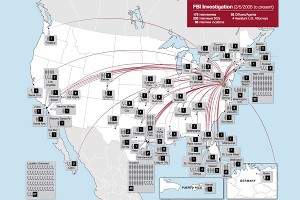 0 Replies
1
Reply Tue 19 Jun, 2012 10:37 pm
@edgarblythe,
Yesterday or mabe day before. It was on all the newscasts. No trial for Lance.
0 Replies
-2
Reply Wed 20 Jun, 2012 06:09 am
Clemens needs to be suing people. Beyond that, if we're going to keep this "adversarial(TM)" system of justice, and I recommend that we don't, then it needs to be made fair somehow or other. A prosecutor who loses a case like this should suffer the same penalty which Clemens would have suffered had he been found guilty.
0 Replies
1
Reply Sat 30 Jun, 2012 07:17 am

AUSTIN, Texas — The US Anti-Doping Agency has filed formal charges against Lance Armstrong, accusing the seven-time Tour de France winner of using performance-enhancing drugs throughout the best years of his career.

The agency notified Armstrong, former team manager Johan Bruyneel, and several other Armstrong team associates of the charges in a letter on Thursday.


The charges came after a USADA review panel examined evidence in the case, which now goes to an arbitration panel to decide. If found guilty, Armstrong could be stripped of the Tour de France titles he won from 1999-2005. This year’s Tour begins Saturday.


Also charged are team doctors Pedro Celaya Lezama and Luis Garcia del Moral; team trainer Pepe Marti; and consulting doctor Michele Ferrari. Because they are so closely linked, USADA rolled all of the charges into a single case.


Armstrong and the others ‘‘[have] been part of a doping conspiracy involving team officials, employees, doctors, and elite cyclists,’’ said the USADA letter.


The letter accuses Armstrong of using, possessing, and trafficking banned substances, including the blood-booster EPO, blood transfusions, and steroids. The charges date to 1998, after he had been declared cancer free but before his first Tour de France victory.


Bruyneel, who is currently the manager of the Radioshack-Nissan-Trek team, recently announced he would skip this year’s Tour because of the USADA investigation.

AUSTIN, Texas -- With stunning swiftness, the U.S. Anti-Doping Agency said Thursday night it will strip
Lance Armstrong of his unprecedented seven Tour de France titles after he dropped his fight against
drug charges that threatened his legacy as one of the greatest cyclists of all time.

Travis Tygart, USADA's chief executive, said Armstrong would also be hit with a lifetime ban on Friday.
And under the World Anti-Doping Code, he could lose the bronze medal from the 2000 Olympics, as well
as any awards, event titles and cash earnings.

Armstrong, who retired last year, declined to enter USADA's arbitration process -- his last option --
because he said he was weary of fighting accusations that have dogged him for years. He consistently
has pointed to the hundreds of drug tests that he has passed as proof of his innocence during his
extraordinary run of Tour titles from 1999-2005.

"There comes a point in every man's life when he has to say, 'Enough is enough.' For me, that time is
now," Armstrong said in a statement sent to The Associated Press. He called the USADA investigation
an "unconstitutional witch hunt."

"I have been dealing with claims that I cheated and had an unfair advantage in winning my seven Tours
since 1999," he said. "The toll this has taken on my family and my work for our foundation and on me
leads me to where I am today -- finished with this nonsense."

USADA reacted quickly and treated Armstrong's decision as an admission of guilt, hanging the label of
drug cheat on an athlete who was a hero to thousands for overcoming life-threatening testicular cancer
and for his foundation's support for cancer research.

"It is a sad day for all of us who love sport and athletes," Tygart said. "It's a heartbreaking example of
win at all costs overtaking the fair and safe option. There's no success in cheating to win."

Tygart said the agency can strip the Tour titles, though Armstrong disputed that as he insisted his
decision is not an admission of drug use, but a refusal to enter an arbitration process he believes is unfair.

USADA maintains that Armstrong has used banned substances as far back as 1996, including the blood-
booster EPO and steroids as well as blood transfusions -- all to boost his performance.

I am a retired cyclist, yet USADA has lodged charges over 17 years old despite its own 8-year limitation. As respected organizations such as UCI and USA Cycling have made clear, USADA lacks jurisdiction even to bring these charges. The international bodies governing cycling have ordered USADA to stop, have given notice that no one should participate in USADA's improper proceedings, and have made it clear the pronouncements by USADA that it has banned people for life or stripped them of their accomplishments are made without authority. And as many others, including USADA's own arbitrators, have found, there is nothing even remotely fair about its process. USADA has broken the law, turned its back on its own rules, and stiff-armed those who have tried to persuade USADA to honor its obligations. At every turn, USADA has played the role of a bully, threatening everyone in its way and challenging the good faith of anyone who questions its motives or its methods, all at U.S. taxpayers' expense. For the last two months, USADA has endlessly repeated the mantra that there should be a single set of rules, applicable to all, but they have arrogantly refused to practice what they preach. On top of all that, USADA has allegedly made deals with other riders that circumvent their own rules as long as they said I cheated. Many of those riders continue to race today.