Evolution vs Rastafari: Why you have to go with Rastafari

Forums: Religion, Evolution, Crackpot, Rabid Bat, Conservative Stoner
Email this Topic • Print this Page
Reply Sat 18 Feb, 2012 08:09 am
I've posted a few of these notes at odd spots, but I get the impression it would be good to collect them in one place...

I normally RECOMMEND Christianity for any who WANT a recommendation for a religion. Nonetheless you have to recognize that there are a great many others who simply need something better than evolutionism, and who for one or more of a variety reasons simply cannot stand Christianity.

Fortunately for those people, finding something (aside from Christianity) which is better than evolution is not overly difficult...

Rastafari in fact has a distinct advantage over other religions in that it offers an apples/apples comparison with evolution, that it, it amounts to a religion which operates on an intellectual level similar to that of evolution. 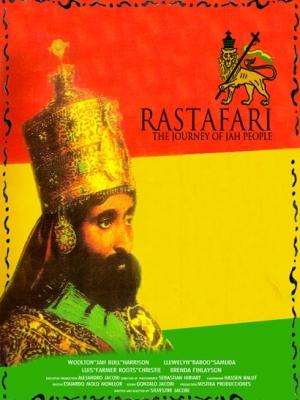 Aside from theological problems, Rastafari is not at war with modern mathematics as is evolution;

and there is this: If Rastafari were to be brought into the public schools, it would fit admirably into certain kinds of team teaching situations. In other words, a biology teacher looking for a way to put 25 teenagers into the right frame of mind for indoctrination into something as stupid as evoloserism/evolution could simply walk across the hall to the Rasta class for a box of spliffs...

Last but not least, think about it in terms of picking up women. I mean, some seriously hot chick's got her choice of getting into a car with an evolutionite:

Creationism doesnt need any brains , in fact it discourages use of the human brain.
When are you gonna begin sharing your evidence?
Its been several years since youve been politely asked and all we get is this retarded ****.


2 Replies
4
Reply Sat 18 Feb, 2012 09:10 am
@farmerman,
PS actually Rastamen believe in the literal Creation legend and that EThipea was the GArden Of Eden . SO in that respect Rasta is more in line with your beliefs . SO if you wish to make any claims, youd better be more astute at seeking out the foundation legends of **** you wish to make fun of.

Gunga is a Rastaman


"And on the seventh day he smoked a great doobie"
0 Replies
3
Reply Sat 18 Feb, 2012 09:24 am
@gungasnake,
WISTAR iNSTITUTE IS A PRESTIGEOUS medical research facility in Philidelphia. Many times , a group of crackpots, like the douche bags who published gungas link, will try to RENT a facility to add some credibility to their bullshit conference. SO in 1966, the Wistar Conference on Creationism was held at the Institute,(Wistar had nothing to do with it other than to provide a space for meetings and a lunch). Remember, this **** that gunga is positing was from the 1960's, we barely had an understanding of DNA's role in genetics back then. (After all a lot of stuff can happen in 50 years, like the invention of the pocket computer).
SO, not to confuse anyone that WISTAR is actually (or lets say WAS) endorsing this crap, Ive included a clip of some findings that were published in 2006 and compare the evolutionary pressures on cancer cells

http://www.wistar.org/news-and-media/press-releases/does-natural-selection-drive-the-evolution-cancer SO please gunga, stop being such a lying sack of ****. Dont go pushing these lies made to look like modern thinking when your putting out crap from DUANE GISH's group about the time he was involved in the Creation SCienceInstitute and was lining up many of these garbage conferences .
"Modern MAthematics" is on line and is highly supportive of the findings of the genome and evolutionary dynamics and dont try to make believe it isnt.

Youre such a fuckin fool
1 Reply
-2
Reply Sat 18 Feb, 2012 10:57 am
@farmerman,
The meeting was held at Wistar. Nobody was calling themselves creationists at that time, the word in question was "mathematicians". They (mathematicians) tried to explain the problem to the evolosers and the evolosers walked off talking about how to rid the world of mathematics and mathematicians.
1 Reply
4
Reply Sat 18 Feb, 2012 12:59 pm
@gungasnake,
You really believe that mathematics disagrees with evolution theory. YOU ARE NUTS . In 1966 the mathematical beauty of the genome and how the genome is preserved as "fossils" in subsequent species is a fact that has arisen after the 1980's and mostly since the genome project was completed.

HOW IS IT THAT no real biologist or real geoscientist has come out in favor of your ideas.

MAthematics of evolution is quite complex. It uses several techniques that Im sure you are familiar with. Stuff like data mining and factor analysis.
Standard binomial expansions have been in use since HArdy Weinbergs contribution.
J. B. S. Halldane, of whom you are fond of misrepresenting because of a little mistake he made and which was grabbed onto by the CReationists, DID contribute mightily to natural selection by deriving several equations that explained natural selection in terms of Mendelian genetics (this he did in 1924 and the equations still hold)
Ronald Fisher published

[The Genetical Theory of NAtural Selection in 1930. In this book he establishes , chapter by chapter, the Mathematical relationship of nat selection to Mwendelian genetics. (fisher sent LAwrence Darwin copies of the chapters to get Darwins son's opinion pre publication)
Sewall WRight, in 1930 had published in GENETICS journal the classic paper that we still use entitled Evolution in Mendelian Populations. In this paper Wright established the "three phase shifting balance" theory which includes several very detailed mathematical LAWS. His theory was poo pooed for several decades and today its considered a fundamental rule of evolutionary dynamics. Wright stated that natural selection was but one of the mechanisms of evolution and that this was the result of adaptation to environmental changes. The second point of his three was what we call "genetic drift" and the third was migrational effects of gene dispersal..
Genetic drift was often criticized as being unimportant and circular. However, as our understandings of the genome and details of gene complements of organisms was growing, we understood that WRights theory predicts that over successive generations nearly every mutation or chromosomal rearrangement will experience only one of two fates

1It will spread through the population until the mutation is fixed or else it will disappear entirely from the species. .
There have been a number of subsequent experiments that have confirmed EVERYTHING that wright had mathematically predicted, This explains why the chromosome 2 in humans is a fused version of two chromosomes of a chimp.
Wrights Masterpiece was his four volume set called Evolution and the GEnetics of Populations.
DObzhansky and Sturtevant immediately took off from Wright and showed the evolutionary results in fruit flies that resulted from genetic inversions and what we today call, "protein folding"

HOWEVER, all of these above were independent of the assistance of DNA and its subtext in genetics. DNA was only discovered as a mathematical construct using Bragg's law (which is a means of determining chemical structure using level 2(b) electron radiation.

I still hope that some day you will jump up and down and yell HA HA GOTCHA , I WAS KIDDING ALL ALONG. Because I really cant believe how thick headed and overall dense you can be to ignore all the stuff thats going on in so many fields of cladistics, genetics, paleo, isotope geochem, and biogeography. You act like you follow science but at the same time you deny the accuracy of subjects in which you hve little or no real knowledge.
0 Replies
2
Reply Sat 18 Feb, 2012 03:27 pm
@gungasnake,
Evolution is a fact. It happened and it's happening. Get over it.

Rastafari in fact has a distinct advantage over other religions in that it offers an apples/apples comparison with evolution, that it, it amounts to a religion which operates on an intellectual level similar to that of evolution.

I really haven't a clue what you're talking about, gungasnake.
But what the heck.
Any excuse to post a little reggae!

I really haven't a clue what you're talking about, gungasnake.
But what the heck.
Any excuse to post a little reggae! ...

Formerman, you see what I mean? You and Marley ask Ms. Ольга here out for the evening, you think there's any shot she's goin with YOU??
2 Replies
2
Reply Sat 18 Feb, 2012 08:56 pm
@gungasnake,
All I want for you is to tell me what evidence supports your worldview on this topic. I think that all you have is links that attempt to fond some flaw in evolution and, not being able to, just try out and out fabrication.

Ill probably be waiting here for the next several years while your mentors try to find a shred of evidence that isnt mere mythology.

I really haven't a clue what you're talking about, gungasnake.
But what the heck.

Formerman, you see what I mean?

Well, I don't know about farmer, gungasnake, but this is getting more confusing for me by the minute!
First, you almost blind us all with that flashing psychedelic creature in your opening post ....
And now you're talking (very confidently! without even consulting me at all! Harumph! ) whether I'd prefer to date Bob Marley or farmerman!

Seriously, have you been indulging in any illicit substances of any variety today?

It's a typo. He meant to say "Pastafari", with a P. With this error corrected, it all makes sense.


Oh I'd never do that Rocky!

Do you think it's time for another musical interlude?

And now you're talking (very confidently! without even consulting me at all! Harumph! ) whether I'd prefer to date Bob Marley or farmerman! ...

Don't let formerman be stuck taking my word for it, tell him yourself....
1 Reply
2
Reply Sat 18 Feb, 2012 11:14 pm
@gungasnake,
But it was you who introduced this subject: why you'd go with Rastafarian-ism over evolution, gungsnake. (I think!

)
Then somehow introduced dating preferences into your argument.

Me, I've just been enjoying the reggae.
I'm totally mystified by all the rest!

How can we be sure that all religions are wrong? - Discussion by reasoning logic
What if no religions are correct, but there still is a God? - Question by neologist
We are all like little children who often say: "Mom, Dad, leave me alone, I want to be on my own". - Question by Leaffan
Beyond tribalism; How well does your religious label serve you? - Discussion by MattDavis
Is religion responsible for the opposition to peace in the Israel-Palestine conflict? - Question by maxdancona
Concern for Religious Freedom or Preaching Political Messages? - Discussion by wandeljw
Are atheists being more illogical than agnostics? - Discussion by igm
Why believe in god? The theist perspective. - Discussion by msolga
Why People Seek Solace In Gods. - Question by mark noble
Catholic remarried couples should abstain from sex - Question by Tes yeux noirs
How can a good God allow suffering - Question by SawyerMentink
Copyright © 2020 MadLab, LLC :: Terms of Service :: Privacy Policy :: Page generated in 0.04 seconds on 08/06/2020 at 06:58:47
▲ ▼