Why the Hell do we in the USA connect our jobs to our healthcare?

Forums: Healthcare, Insurance, Us Healthcare Stupidity
Email this Topic • Print this Page
1
Reply Thu 23 Feb, 2012 02:12 pm
@IRFRANK,
How does those without health insurance have babies? Simple: we all pay for them.

Health insurance is not a luxury; it's a necessity. That's the reason why I have always advocated for universal health care.
0 Replies
2
Reply Thu 23 Feb, 2012 08:00 pm
@izzythepush,
All I'm doing is advocating that people take it with a grain of salt. Do ya'll say that over here? I can't remember if I've heard that idiom over here or not.

Anyway, what I mean is this: as someone who has lived there and seen the reality, I don't think it was depicted very clearly or accurately. And I'm talking about the reality for yes, poor people in America- which is what this documentary was supposed to depict.
Instead, I felt that it went down the sensationalist, snapshot route, all the while banging on about how all of this poverty has come to pass and exploded during President Obama's four years of leadership.
I have no idea what interest the BBC has in making sure Obama is not re-elected - maybe none- but I will tell you that whoever wrote this script could easily have worked for any current Republican candidate for US President campaign.
There wasn't even a mention of the situation and deficit he inherited. It was all about how Obama has not fulfilled any of his promises to the American people and how much we are all suffering as a result.

And in terms of me feeling beset upon by the Brits at work - I think it's funny. Yesterday I was saying how much I like custard creams - we have a policy that everyone brings in cookies (biscuits) for everyone to share and I said, 'I LOVE these cookies, oh sorry, biscuits - they remind me of Vienna fingers - this cookie we have in America that I've always loved and Ian and Andy were like, 'VIENNA FINGERS!!! You can't call these VIENNA FINGERS!!! Vienna fingers are blah-blah-blah....what you're describing are custard creams - why don't you all just call them that?!' as if we in America are committing blasphemy by daring to call our cookies something else.

I just said, 'Look - you don't have to tell me. I know - everying thing in America is wrong - everything in England is right. England good - America bad...I got it. And I promise, I will never ever, ever again enter this house of Anglicized language and blaspheme by using American terms for such sacred national and cultural treasures as custard creams because I can see that it so offends your sensibilities and sense of what is wrong and right that it throws you all into a tailspin from which you might never recover.
And I thank GOD I moved to this country and saw the light - I was doing everything WRONG for over 40 YEARS! And I didn't even know I was doing everything wrong and calling things the wrong names. I even called the hood of a car a hood instead of a bonnet! How could I have survived for so long like that?! And how do 300,000,000 people survive every day not knowing they live in such appalling ignorance? I just don't know...'

We were all rolling on the floor laughing by the end of it and I walked out happily eating another differently shaped (oblong instead of curved at the ends) vienna finger - oh I mean - custard cream.
I'll tell you what I think - American's innately 'flexible' - Brits - somewhat innately rigid.
But I like alot of ya'll just the same.

You Brits crack me up- and I mean that in the kindest way. I have laughed more in the past seven years of my life than I don't know what - mostly at the delicious absurdities that become so apparent when two cultures collide. I DO like and appreciate the absurd.

But lets put it this way, anyone who watched that documentary and thought - 'Oh my god, America looks like Beiruit!' would have been just as fooled as those around the world who have never been to England and watch footage of the changing of the guard at Buckingham Palace and think, 'they're all kings and queens and speak with posh accents over there- oh yeah - except for Ringo.
1 Reply
1
Reply Fri 24 Feb, 2012 02:25 am
@aidan,
We do use grain of salt over here. Viennese creams, or fingers are a lot nicer than custard creams. If someone said I was going to get a custard cream, and I got a viennese finger I wouldn't believe my luck. 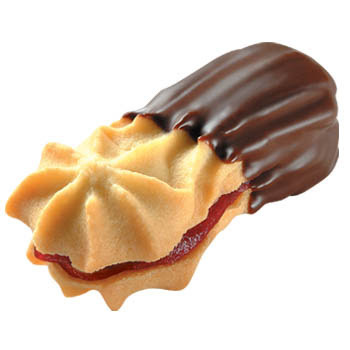 When I was in America people took issue with my prounciation of vitamin, so I know what you mean..
1 Reply
1
Reply Mon 5 Mar, 2012 03:26 am
@izzythepush,
Well, I do find that whole long/short vowel thing interesting over here in that whenever I go to pronounce a word, odds are I should change my pronunciation of what I'd usually say with a long vowel sound to a short vowel sound to be considered 'right' or 'correct'.
We tend to use more long vowel sounds while you all tend to use more short vowel sounds- difference is, I don't think anyone's wrong - it's just different.
Alot of Brits think my pronunciation is WRONG with a capital W. But again, I find it amusing, if not slightly anal.

Anyway, slightly off subject, but sort of still on it- I was reading my facebook page today and a friend of mine posted a picture of this little two or three year old girl with her chest all bandaged up and it said: 'Please share this link. If this link is shared 1,000 times, this little girl's heart transplant will be free!

What?! So now healthcare is connected to popularity on facebook in some way? Is this for real or is this a scam? I mean, of course I'd like that little girl to get whatever she needs, but how on earth is healthcare being linked to status on facebook now?
Can someone comment or explain this to me? I'm seriously worried if this is a new trend in American healthcare.
1 Reply
1
Reply Mon 5 Mar, 2012 03:33 am
And you should hear the flack I get when I say Yo-gurt (long o) instead of yo-gurt (short o) so I've learned to sort of just slur over it so it's not really clear which of the two I've said.
I mean it's hysterical - if I say yogurt - long o there's finger pointing and jeering - 'Ha, ha, ha - she said yogurt!!! long o.
What the hell is the difference?
I just laugh.
0 Replies
1
Reply Mon 5 Mar, 2012 03:39 am
@aidan,
You seem to have met a bunch of intolerants, you talk how you feel comfortable, your accent is one of the things that defines you. It's not just Americans though, different regional accents get as much stick. You want to start a fight? Ask a group of us how to pronounce scone, there will not be a concensus.
1 Reply
1
Reply Mon 5 Mar, 2012 03:50 am
@izzythepush,
I wouldn't say intolerant so much sort of uniformly innately uncomfortable with variation- whereas I live here because I LOVE difference and variation- but I understand some people cope better with the familiar, so again, whatever.
And in defense of my coworkers - I do like them an awful lot and there's always a lot of laughter and joking going on- none of it is meanspirited. That's why I think it's so funny.

And actually - I have been chosen- specifically because of my accent and speaking voice (I guess) to be the newsreader for the prisoner produced prison radio station. And whenever they need a female voice for an ad or newspot - they call me in to tape it.
Go figure.

But yeah - about this facebook/healthcare connection. Can anyone explain this to me?

But yeah - about this facebook/healthcare connection. Can anyone explain this to me?

It's a hoax - seems that it started in India some time ago and now is repeated again and again ....
1 Reply
1
Reply Mon 5 Mar, 2012 11:45 pm
@Walter Hinteler,
Oh, thank goodness- I was beginning to think things were going totally mad over there in the healthcare industry.
1 Reply
2
Reply Tue 6 Mar, 2012 06:19 am
@aidan,
No, the madness is over here in the USA where, the argument is now being made, any woman who gets her healthcare insurance through her employer has sacrificed the control over what the healthcare insurance will cover to that employer. (So if you come down with blood cancer, but the employer is morally opposed to the use of even adult stem cells in treatment and has therefore excised such coverage from the policy, you get nothing.
You could die, but your employer's immortal soul is saved.

There's no other marketplace like it. Even if the employer offers several layers of coverage (mostly in the form of how large a co-pay the employee is willing to pay) the available number of insurers the employee has to choose from is, in the vast majority of cases, one.

And the discounts offered are weird. If twenty people work for a hardware store, the employer buying the insurance gets a discount. If they went individually to the insurance companies they might pay more individually, but not necessarily. The 30 year male, if he was in a group of 3o year old males would pay less, but the insurance companies don't group people like that. He gets lumped into with the workers who work for that business and, in the end, he pays or the employer pays more, because the group rate is affected by the 12 people at the store who are over 50.