I'm interested to hear what people think of life outside our planet, and life in general for that matter. Any kind of feedback is welome.
Type: Question • Score: 3 • Views: 2,978 • Replies: 24
No top replies
2
Reply Fri 14 Oct, 2011 07:12 am
@Procrustes,
I think the Universe is probably full of life, most of it microbial.
0 Replies
1
Reply Fri 14 Oct, 2011 07:51 am
I have no doubt that large numbers of people have seen, or think they have seen, objects, or what they think were objects, which were flying, or which they think were flying, which they were then and subsequently unable to identify.
0 Replies
2
Reply Fri 14 Oct, 2011 08:26 am
I think we are alone.

0 Replies
0
Reply Mon 23 Apr, 2012 09:42 am
@Irishk,
It's recently been proven that there is an advanced alien civilisation living under the surface of mars.

I think we are alone.

I hope that u r right,
but I don 't think that there 's much chance of that.
If thay ever show up here,

Anyone who saw the GOP debates and Ron Paul is 100% certain there’s life on Mars. 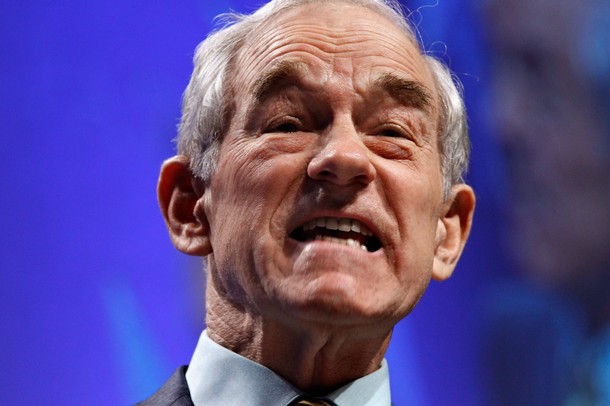 I've changed my mind about that.

Anyone who saw the GOP debates and Ron Paul is 100% certain there’s life on Mars.

Did he comment on that ?
Microbial life on Mars ??

I did not see every debate,
but I 'd have expected to hear about that.

Photo op: Ron and one of his supporters...

Was he making a point about something ?

Certainly, my friend. It's only a joke. My wife (who's always been a Republican) and I joke about Ron Paul all the time. We've had many laughs -- okay, "laffs." For decades we've resided in the former Congressional District he first represented. Despite her party affiliation, she couldn't stand him.

As for me, I won't be cancelling your vote. (Well, I don't live in your state; so, my vote in the Presidential election wouldn't have any effect upon your vote one way or the other.) Despite my occasional tendency to find humor regarding certain political personages (whom I actually may not like from a personal standpoint), I have no political affiliation. I'm one of those terrible, irresponsible people who gave up on politics as a neverending source of disappointment a long time ago (not to mention potentially having to violate my conscience) and stopped voting. Well, I've voted occasionally, as I did for Dole/Kemp in 1996 and for McCain/Palin in 2008 (to my regret -- should have stayed home).

Anyway, these comments should defuse any concern (if any) you may have regarding my amusing picture of Ron Paul (or serve as a source of amusement or boredom). Gotta go now ...
0 Replies
1
Reply Mon 23 Apr, 2012 03:45 pm

Is it just me or are all the hollywood movies about aliens ripped from conspiracy theorists?

What movies are you thinking of?
1 Reply