Why are those t-shirts called Wife Beaters?

What do they look like?
1 Reply
1
Reply Sat 3 Sep, 2011 03:09 pm
Allegedly, it's because men shown arrested for domestic violence on the television program "COPS" were usually wearing a sleeveless undershirt, a tank top. One source i saw online says that a man was arrested in Detroit in 1947 for beating his wife to death, and was photographed then wearing a sleeveless undershirt. According to that source, that man became known simply as "the wife beater," and the term was then attached to the tank top-style undershirt he was wearing. Supposedly, the term then slowly spread from Detroit. 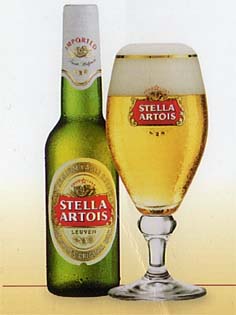 It's not fair for me to compare movies of different eras but some of the b + w's beat anything that is on our screens or monitors now.


And the guy Marlon Brando is acting as doesn't represent the eighteen hundreds. He's still around.
2 Replies
1
Reply Sat 3 Sep, 2011 06:55 pm
@Setanta,
the straps are too wide there, boss.

I own a coupla those, but I only wear them under a dress shirt, which means weddings and funerals.

They usually show more arm pits, and have a vee neck.


I was so swamped with black and white war movies, I can't imagine Europe in anything but black and white. Two years in Germany didn't change my mind at all, even though the sun did come out from behind the clouds a couple of times.
0 Replies
1
Reply Sun 4 Sep, 2011 07:51 am
@ossobuco,
Marlon Brando is still around? Umm....only in films, Osso. He died in 2004.
3 Replies
2
Reply Sun 4 Sep, 2011 07:59 am
@GracieGirl,
For someone who was born in 1998 it must be a real culture shock to see a B&W films. B&W films aren't inherently boring. For example the movie 'To Kill a Mocking Bird' was one of the finest films Hollywood ever made, but it's far from boring to most who are real movie fans.

However, those who are part of the MTV-generation (on forward) might find the pacing slow from their perspective because they've been watching and influenced by the pacing of MTV videos where the scene-to-scene cuts last less than 3 seconds.

Viewing B&W (and seeing the tonality exhibited) allows the mind the ability to create it's own mood and form your own emotive responses. In many ways it's more freeing. Watch the movie 'Psycho' and you can get a sense of what I mean... or NOT!
1 Reply
1
Reply Sun 4 Sep, 2011 08:10 am
@Ragman,
Ragman wrote:


I think she meant the type of man he played in that film.
1 Reply