I never found out who makes that 12 gage auto shotgun. Id love to go goose hunting with one.
1 Reply
1
Reply Tue 3 May, 2011 11:53 am
@farmerman,
You may be thinking of the Atchisson Assault Shotgun, the USAS-12 automatic shotgun manufactured in South Korea by Daewoo is a much better weapon.

Rumor could be wrong. 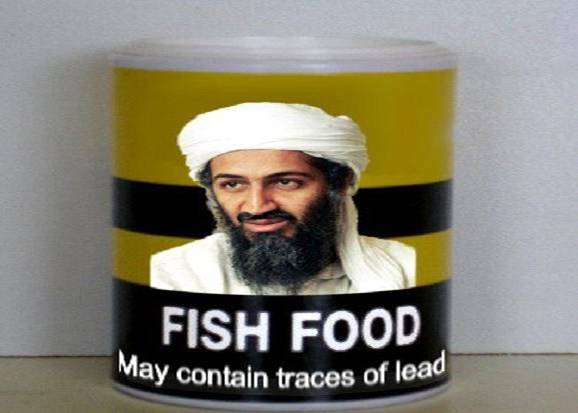 I know SEAL teams have the HK in their tool box, but it's not one of the small arms they prefer.

I'd never even heard of it before this.

Seems like every time I stop paying attention to the gun industry for a couple years, there are a whole host of new guns on the scene when I look again.
0 Replies
1
Reply Tue 24 May, 2011 02:18 am
@oralloy,
oralloy wrote:

Rumor has it he was shot with an HK416, an assault rifle chambered in .223

Rumor could be wrong.


No word on barrel length, but if an M855 round was going out of a long-enough barrel to get some velocity, I see why they are withholding the picture. Them bullets explode.

Apparently Special Forces have switched to a new round called the Mk 262, which explodes violently even when fired from a short barrel.

Rumor has it he was shot with an HK416, an assault rifle chambered in .223

You were very close...

I'm getting some good indications that it was an HK MP7 A1 that fired the Osama kill shots.

Smaller than a conventional submachine gun, the 4.6 mm MP7 A1 is a compact and lightweight Personal Defence Weapon that can be carried like a handgun yet is capable of rifle-like effectiveness.

The HK-developed 4.6 mm x 30 ammunition provides the penetration approaching that of an assault rifle round and is able to defeat the types of body armor frequently found in the hands of terrorists and criminal gangs, in particular that of the former Soviet Bloc special forces, now the standard NATO test target (CRISAT).

In response to the NATO PDW requirement document D29, HK developed a Personal Defense Weapon system that will penetrate the CRISAT vest, comprised of 1.6 mm titanium plates and 20 layers of Kevlar, out to 200 meters and beyond.

Adopted and fielded by several of the world’s leading special operations units, the gas-operated MP7 A1 fires from the closed bolt position, using a rotary locking bolt system similar to that of the HK G36 assault rifle to contain the powerful 4.6 mm cartridge.

The MP7 A1 handles like a pistol yet allows targets to be engaged like a rifle. With its 7-inch barrel, the HK MP7 A1 is capable of firing 10-shot semiautomatic groups at 45 meters of less than 2 inches. Unlike competing designs, the conventional and fully ambidextrous design of the MP7 A1 ensures immediate acceptance by all users.

The MP7 A1 is manufactured predominantly of carbon fiber reinforced polymer with embedded metal components where needed. The weapon can be field stripped in seconds without tools and requires little cleaning due to its unique gas system.
0 Replies