Any Asians here? I want to ask a question about Asians and skin color.

This is being re-posted for Goldman. Hey Goldman, listen up, this is the last time I'm going to explain this to you: the numbers Cicerone posted refer to this color palette (move down the page to see it): http://www.kryolan.com/en/index.php?cid=104&mnu=32&id=142&pageid=1

The first 2 colors are what would be used by a makeup artist at a TV studio if Cicerone appeared in front of cameras in wintertime, the other 2 might be used in summertime, or if he just spends a long time in the sun. Geography has nothing to do with it - so please stop asking him if he's from Vietnam!

And if that doesn't finally clear it up for you - use NUMBERS, not COUNTRIES - here's 3 more examples:

a. The people referred to as "Caucasians" in the US / UK (usually 1, 2, or even 0 in wintertime, turning into 18, 19, or 20 when deeply tanned) are NOT the same as what the rest of Europe, including Russia, calls "people of the Caucasus" (Chechnya, Ingushetia, etc).
b. New Zealand is an island in the Pacific, but the inhabitants are NOT called "Pacific Islanders".
c. Australia is also in the Pacific, but it's a separate continent - not part of the larger continent, Eurasia. Australians are not Asians.

To sum up: pick a color palette (the one I linked is best) and stick to its numbers. People don't change color when they travel!

1 Reply
1
Reply Tue 22 Feb, 2011 03:54 am
@hingehead,
Since the US is a member of the Asia-Pacific Forum, by your geographic logic Americans are Asians, too! You better read the rest of the thread

My question is, I described these people as having beige skin: 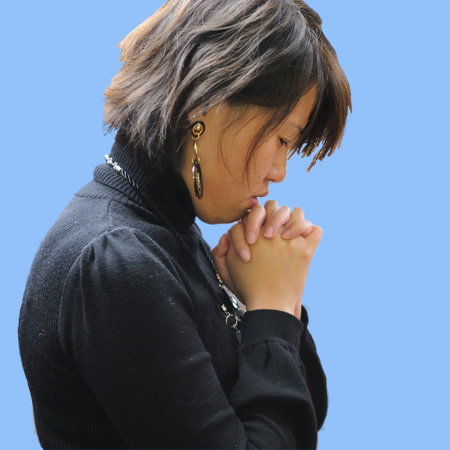 I have been told it's acceptable to say they have beige skin, since that's a term Asians use. Is it offensive to describe their skin as orange?
0 Replies
2
Reply Tue 22 Feb, 2011 11:38 am
OMG. How many times do you have to ask the same question? We know what asian people bloody look like.
0 Replies
2
Reply Tue 22 Feb, 2011 12:38 pm
I'm even tired of making childish and immature remarks on this damn thread. This bad boy needs to die. I'm with PQ.
0 Replies
1
Reply Sat 25 Feb, 2012 02:46 pm
Hey guys, stop judging the person who asked the question, they probably just wanted to know the correct term to describe asian's skin colour. Maybe they were planning characters for a story and wanted to know what to put under their asian character for skin colour, that's how I found this. So just stop judging
0 Replies
1
Reply Sat 25 Feb, 2012 03:03 pm
@High Seas,
I'll add one more comment; Asians include those people living in Japan called Ainus. They are Caucasian in skin color, but native to Japan, and are Asian by definition.
0 Replies
2
Reply Sat 25 Feb, 2012 04:41 pm
Paragon, you might note that this thread was dead for a year, until you posted. You obviously know nothing about JGoldman, the original poster. He is/was a notorious internet flake/troll. This was one of a million inane questions he asked for "research" on a comic he was allegedly creating, which he has been "writing" for something like ten years now. Be thankful you haven't yet run across the topic about how he should draw Asian eyes for anthropomorphic street-fighting cat and dog gangs. Don't even ask. He seems to have been booted off this group. Again. Just like all the other internet groups that booted him.
0 Replies
2
Reply Sat 25 Feb, 2012 04:43 pm
And know, he did want to draw "Asian" cats and dogs with bright orange skin color. It took us months to convince him that orange is not a color humans or dogs come in.
0 Replies
1
Reply Sat 6 Apr, 2013 07:23 am
@JGoldman10,
Im asian my skin look like this http://m.flickr.com/photo.gne?id=8624338456&
0 Replies

Labels - Discussion by sometime sun
How is this comic-book related thread by any means an idiot thread? - Question by JGoldman10
What's the difference between Hispanics, Chicanos and Latinos? - Question by JGoldman10
Here we go again: Recording labels and websites in a music video tussle - Discussion by Butrflynet
THIS is a beer (99 Bottles of Beer on the Wall) - Discussion by CodeBorg
Copyright © 2023 MadLab, LLC :: Terms of Service :: Privacy Policy :: Page generated in 0.03 seconds on 02/03/2023 at 12:53:00
▲ ▼