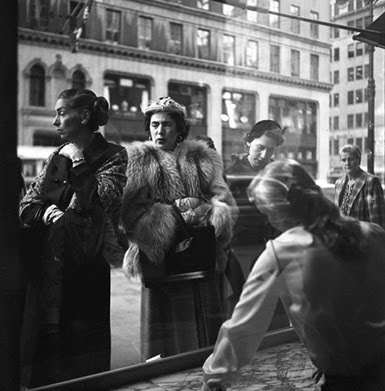 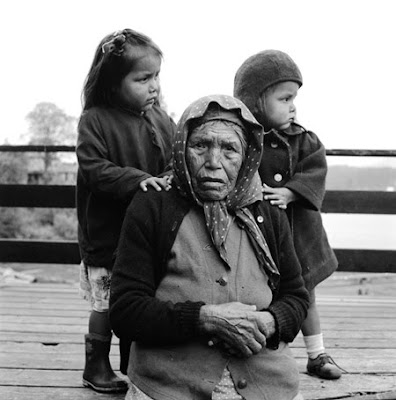 The woman had a marvelous eye for portrait, but more than that, of composition, with light, reflection and shadow. Just marvelous photos. There's a photo shown at about 3:50 of the first video, with a woman walking away from the photographer with two children, and puddles on the sidewalk reflecting sheets of light--a just breathtaking photograph. To think that this women spent 50 or 60 years taking photographs of this quality, and never recognized in her own lifetime.

Thanks, Boom, i'm really glad you posted this.


I've said the same thing of Shewolf's photographic talents. These photographs and the moments in history revealed by them are a treasure trove.

and a whole tub of unprocessed film makes me giddy.


Once a film roll is used even if it's unprocessed is there a possibility that it may expire and go bad? I know unexposed film rolls can expire and 'spoil' and thusly can not be used.
1 Reply
1
Reply Thu 6 Jan, 2011 09:54 am
@tsarstepan,
I found this:

You'll receive a hard-copy DVD of the film and a copy of Vivian Maier's book published by PowerHouse books (film expected release in 2012, book in Fall 2011).

... which is probably not a bad deal seeing that a nicely produced photo book can easily cost $75. I wish there was a donate $75 option to just get the book. I'd consider that.

If film is properly stored it holds up pretty well. I always used "expired" film in school because it was cheap. It wasn't 50 years expired, though!

I imagine if they can eek out even a crappy negative they can fix it up digitally.
0 Replies
1
Reply Thu 6 Jan, 2011 10:42 am
@littlek,
I don't know if there has been a lot of attention outside of photography circles.

The family in the first video said that she was very private. I read somewhere that when they talked to the guys at the camera shop where she bought film that they remembered her but didn't know anything about her. She was 80 something when she died so maybe her friends just aren't aware of all the hub-bub.
0 Replies
3
Reply Thu 6 Jan, 2011 11:34 am
This is the biographical notice of Miss Maier at Wikipedia:

Many of the details of Maier's life are still being uncovered. Initial impressions about her life indicate that she was born in France, but further searching revealed that she was born in New York, the daughter of Maria Jaussaud, who was French, and Charles Maier, who was Austrian. Vivian moved between the U.S. and France several times during her childhood, although where in France she lived is unknown. Her father seems to have left the family for unknown reasons by 1930. During the census that year, the head of the household was listed as award-winning portrait photographer Jeanne Bertrand, who knew the founder of the Whitney Museum of American Art.

In 1951, at 25 years old, Vivian Maier moved from France to New York, where she worked for some time in a sweatshop. She made her way to the Chicago area's North Shore in 1956 and became a nanny on and off for about 40 years, staying with one family for 14 of them. She was, in the accounts of the families for whom she worked, very private, spending her days off walking the streets of Chicago and taking photographs, most often with a Rolleiflex camera.

John Maloof, curator of Maier's collection of photographs, summarizes the way the children she nannied would later describe her:

She was a Socialist, a Feminist, a movie critic, and a tell-it-like-it-is type of person. She learned English by going to theaters, which she loved. She wore a men's jacket, men's shoes and a large hat most of the time. She was constantly taking pictures, which she didn't show anyone.

Between 1959 and 1960, Maier traveled to Los Angeles, Manila, Bangkok, Beijing, Egypt, Italy, and the American Southwest, taking pictures in each location. The trip was probably financed by the sale of a family farm in Alsace. For a brief period in the 1970s, Maier worked as a nanny for Phil Donahue's children. As she got older, she collected more boxes of belongings, bringing them with her to each new post. At one employer's house she stored 200 boxes of materials. Most were photographs or negatives, but Maier collected other objects, such as newspapers, and sometimes recorded audiotapes of conversations she had with the people she photographed.

Towards the end of her life, Maier may have been homeless for some time. She lived on Social Security checks and may have had another source of income, but the children she had taken care of in the early 1950s bought her an apartment and paid her bills. In 2008, she slipped on ice and hit her head. She did not fully recover and died in 2009.
1 Reply