If We Dropped A Billion Balls From The Same Height.

Forums: Physics, Mathematics, Science, Basic Physics, More Balls
Email this Topic • Print this Page
3
Reply Sat 16 Apr, 2016 04:38 pm
@mark noble,
Again your lack of math skills seem to make this difficult to grasp, but it's fact. A still, 32 mile long lake like the dead sea is not flat, it rises like a dome matching the curvature of the earth. The earth is 24,901 miles in circumference, r=3959 so the 32 miles represents about 1/778 of the earth's circumference, or approximately 0.4626 degrees of arc, 2π/778 radians. Cos 0.5(0.4626)*r gives the radius of the point midway between the endpoints of the lake on a straight line (instead of on the curved surface). Compare this to the value of the earth radius itself and you can easily compute the height of the still water at the middle of the dead sea.
This is similar to what carpenters do to see if a board is flat... they look along the surface. 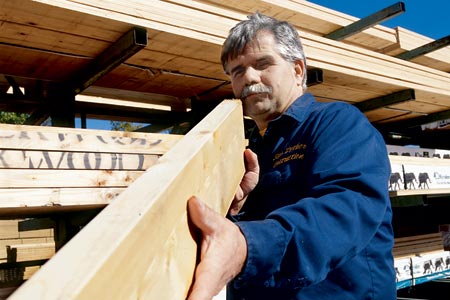 "In religion you have certainty without proof.
In science you have proof without certainty."

"In religion you have conjecture without proof. In science you have proof and certainty is irrelevant if experiment agrees with observations then it is acceptable."
1 Reply
1
Reply Tue 11 Oct, 2016 12:23 pm
@Krumple,
Hey Krumps.
I agree - Bollux.

OK - From impact to discharge (ball A's impact - Ball B's (last ball) reaction) - What is the speed between the two events?

At what speed does the force from ball A reach ball b?

It's suprisingly quick, btw.
But takes forever too.
0 Replies
1
Reply Sat 9 Sep, 2017 04:07 pm
I cast my vote for validity's answer. I'll bet that for the real world, I can come up with objections ad nauseam. However, since this is a forum on mathematics, all of these are, strictly speaking, out of bounds.
0 Replies
1
Reply Tue 12 Sep, 2017 04:21 pm
Lots of imaginations and zero science.

To start, it is a big task to make i million balls all of them exactly the same. If solid, they will differ a little nit in shape, is filled with air or water, they will have a weak point in different locations.

Then, to drop them "at the same time" requires of such a precision method that will allow such event. So far, your idea is just that, infantile imaginations.

Why not starting with two balls dropped from the top of a building?

Later you add another ball, and so forth, until you and friends can't drop them "at the same time".

In order to idealize something big, start with something simple, so you will learn new methods to perform the desired experiment with tens of balls, hundreds of balls and so forth.

Two balls is a good beginning.

1 Reply
1
Reply Thu 22 Feb, 2018 07:49 am
@cameronleon,
You are overlooking the point (Which is hypothetical).
We needn't birth and nurture people into a platonic-cave to understand its allergorical nature.

Their functions may be 'seemingly' identical - Though they ain't.

It is the real world answer I am interested in.

It seems to me you have placed many so conditions on your experiment that cannot be possibly be in a real world.

Either you want a theoretical answer or a real world answer.

Wind factors, air resistance, perfect spheres, arcs related to earth curvature and gravity all impact. All the above have been mentioned by other posters as real world factors.

I'm no scientist so i wont even attempt an answer.

Hell there is the small/tiny effects of the moon gravity for that matter on the balls. Due to the moon or the earth g field not being point sources.

You would get a very narrow bell curve for fall times in my opinion.

Lot smoother then the moon but still likely enough to change the fall of a billion balls away from the ideal to a measurable degree.

Oh you can plot the position of the moon in it orbit on the earth surface using such a device.

Gravimeter
Gravimeter, also called gravity meter, sensitive device for measuring variations in the Earth's gravitational field, useful in prospecting for oil and minerals. In one form, it consists of a weight suspended from a spring; variations in gravity cause variations in the extension of the spring.

NO TWO 'Experiences' are 'identical'.
Have a lovely Day, Bill.
0 Replies