My, and your, photos of museum goers

Forums: Art, Photography, Museums, Museum Goers
Email this Topic • Print this Page
1
Reply Thu 24 Dec, 2009 02:17 pm
Featured was James Whistler (of Whistler's Mother fame) did some outstanding portraits of people, includng children, family groups in relaxed settings, people in taverns, etc. but this one, The White Girl was stunning. Underappreciated artist and we constantly see his one most famous work, not his best IMO. one of Whistler's that I like is this, at the Tate Britain:

Here's a link about it - Nocturne: Blue and Silver - Chelsea 1871
http://www.tate.org.uk/adventcalendar/2006/artist.htm?16
0 Replies
1
Reply Thu 24 Dec, 2009 04:45 pm
Found the photos of the 'art and cars' show at the Temporary Contemporary in Los Angeles (now called the Geffen Contemporary or something like that) - but no humans in the photos.

Did find this one, taken mid 1984 of the Contemporary from inside -

1 Reply
1
Reply Thu 24 Dec, 2009 07:00 pm
@tsarstepan,
Still, it was an inventive time in some ways, with colorful flags getting to be seen all around and all weather proof..

We had flags at our gallery some time later too, but made from the cheapest shiny thing available at Joann's fabric, sewn up by my business partner every few months.
0 Replies
1
Reply Sat 6 Feb, 2010 11:30 pm 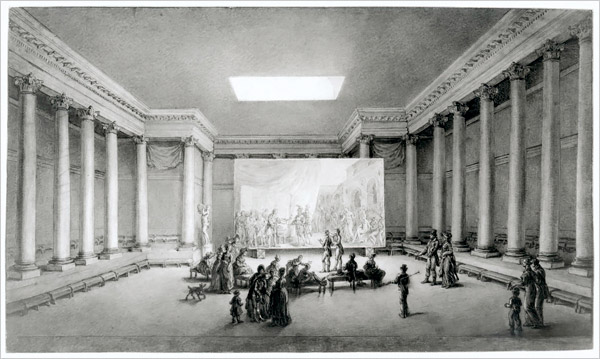 "At the Didier Aaron gallery, you'd almost have to be blind not to be intrigued by Jean-Pierre Norblin de la Gourdaine's drawing, at left. The work dates from around 1805 but feels awfully prescient: The set-up is a precise precursor of Thomas Struth's photographs of people looking at prominent artworks in museums and churches. "
Photo: Didier Aaron

Just saw your link, Tsar. Will check out the article.

There's a Roberta Smith article in the New York Times today about art's Bad Boys, accompanied by a slide show. The slide show turns out to have, along with the art of the Bad Boys, people looking at the art...
I liked the slide show myself.
http://www.nytimes.com/2010/02/12/arts/design/12boys.html?pagewanted=all
0 Replies
1
Reply Fri 12 Feb, 2010 02:12 pm
not a picture, but i've always loved the museum scene from Ferris Bueller's Day Off

at the then new Getty -

another at the Getty** -

a post card I bought, likely at the NY Met, of an oil painting of a woman looking at art at the first location of the Met:
Interior View of the Metropolitan Museum of Art when in Fourteenth Street
Franz Waller, American, 1843-1923, oil on canvas, 1881.
(I brightened the postcard a bit)

** which brings up the Getty chairs. I don't know who designed them, but they were good looking and comfortable. Clean lined as is the architecture holding the older art. Only recently did I toss a better photo of them.

and here are some photos from today's Slate series on Magnum photos, in this case about the art world of the 1950's and '60's
the slide show - http://todayspictures.slate.com/20120424/

from that, some photos of people looking at/being around art - 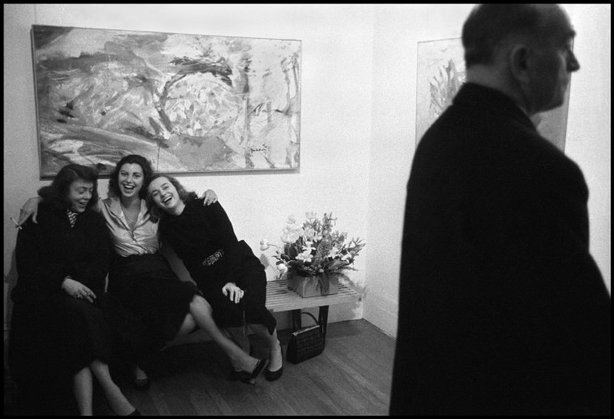 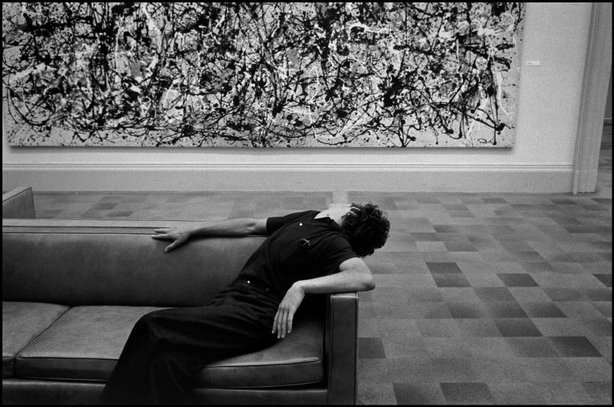 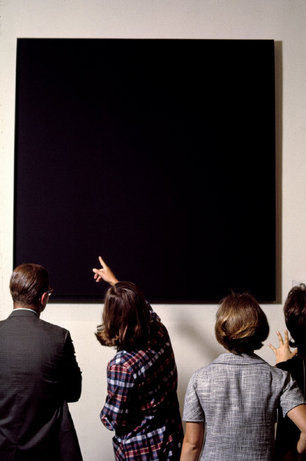 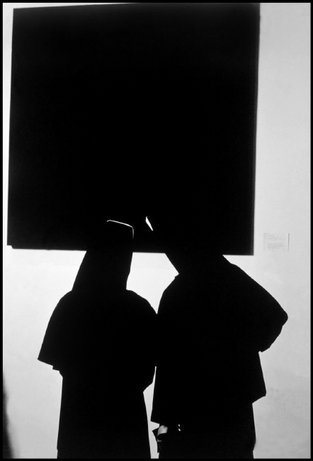 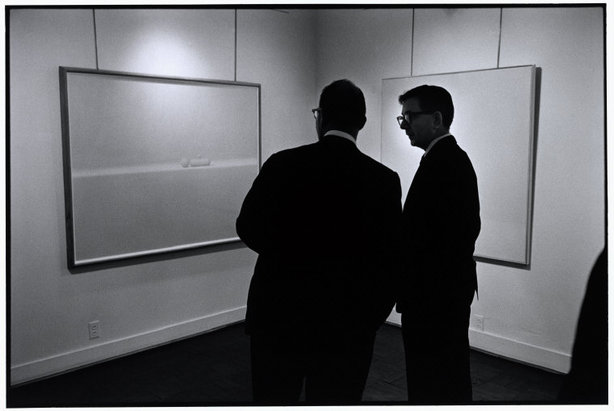 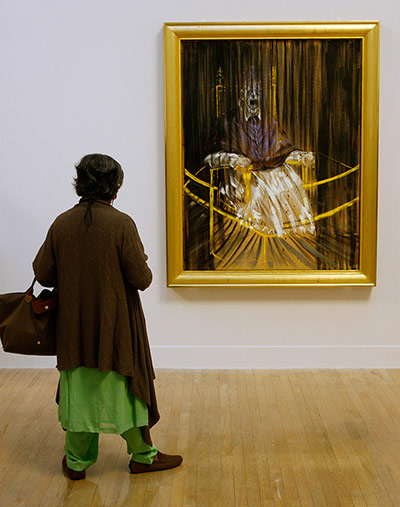 from the same series:

David Hockney's A Bigger Splash from 1967, on display at Nottingham Contemporary.
Photograph: David Sillitoe for the Guardian 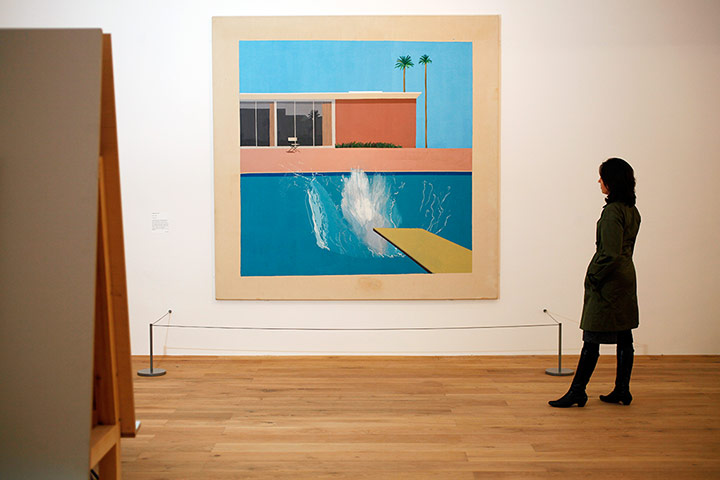