Forums: Mice, Rodents, Rats, Exterminators
Email this Topic • Print this Page
Reply Thu 27 Aug, 2009 10:05 pm
I am the treasurer of our condominium association. We recently have had a mouse infestation problem in our eight-unit building (I've never seen any in my unit -- but then I'm the only one in the building with cats). We obtained a quote from a reputable pest exterminator for an initial treatment ($270) and twelve months of follow-up treatment ($75/month). It's a package deal: they won't do less than twelve months. I'm ok with the initial treatment, but is it really necessary to have a full year of follow-up treatments? Wouldn't it be cheaper if I just rented out my cats to the other unit owners?
Type: Question • Score: 9 • Views: 2,186 • Replies: 18
No top replies
1
Reply Thu 27 Aug, 2009 10:08 pm
@joefromchicago,
I doubt your cats would agree to the terms.

(are they legal minded as well, your felines?)

pest guys gotta eat too...
0 Replies
1
Reply Fri 28 Aug, 2009 05:17 am
@joefromchicago,
Seems to me that you c0uld get a VECTOR CONTROL specialist from your city or state Health agency to give you free consulting , and, Armed with this information, you could develop an actual work statement to present to a "Verminator".(Too much ambiguity always yields outta sight bids)

The biggest problems in getting rid of rats is to get rid of the trash and areas that they like to dwell. Then, keeping foodstuffs away from them while the poisoning events occur is another step that requires coordination and cooperation from the residents. If just one guy doesnt do his or her part, all the rats will take refuge in that guys place and just tred water till the verminators gone.

The best poisons have been banned for several decades now so were left with stuff like Warfarin (which is relatively safe around pets because the pets will puke it up if they eat it) Rats cant puke so thats why these anticoagulant poisons work well and they dont develop any immunities to pass down to their ratty heirs. However, they do have some problems .

The reason Im sounding like I know what Im talking about is because I opened an office in Santa Fe about 20 years ago and it was rat infested. We also got a couple of "sticker shock" estimates so I called in the State guys and even a tribal vector control guy because we were working with the NAtions. We saved boucoup bucks by essentially taking responsibility on ourselves. The biggest thing was the cleanup and removal of ratty cover.
Is the bid that you mentioned inclusive of all site cleanup as well? If its just poisoning, the rats will soon be back no matter how much follow up is done. Rats will press their burgeoning population from elsewhere and the bastards will take over what appears to be a freshly de ratted niche.

0 Replies
1
Reply Fri 28 Aug, 2009 07:31 am
Here's an article on different do-it-yourself methods. When I lived in the city, I did a cleaner, safer elimination of rodents than any of the companies my landlady hired. I used the electric box that rates the highest here:

Oops! wrong article, let me look around and see if I can find the one I really want...

I'll lend you my pied piper if you'll wink at me, Joe

0 Replies
1
Reply Fri 28 Aug, 2009 12:14 pm
@joefromchicago,
In areas where there is sufficient food and shelter, rodents breed faster than they can be killed by normal (non-environmentally damaging) methods. So in many cases infestations like this are considered zero sum systems in which there will be little change in the population density until the root conditions of the environment are altered.

So at the very least, you should remove the food sources and as much of the shelter for them as possible. Then killing them will begin to have an effect.

1 Reply
1
Reply Fri 28 Aug, 2009 01:36 pm
@farmerman,
As far as I know, we have mice, not rats. The city of Chicago will send someone out to inspect residential properties and give advice regarding rat eradication. I don't know if it offers the same service in connection with mice. I have, however, let our association president know about this service.
1 Reply
1
Reply Fri 28 Aug, 2009 01:37 pm
@Green Witch,
Thanks, we'll look into these options.
0 Replies
1
Reply Fri 28 Aug, 2009 01:39 pm
@rosborne979,
Ideally, everyone in the building should be doing these sorts of things already. But then that's the problem: they're not. I'm not sure what first attracted the little critters to the building -- whether someone was leaving food out or whatever -- but they're here now. I'm not sure we can depend on some of the knuckleheads we have in the building to clean up after themselves.
1 Reply
1
Reply Fri 28 Aug, 2009 02:02 pm
@joefromchicago,
We've had a mouse problem for several years now. We kill, literally, dozens each year (we use sticky traps). I heard a piece on CBC late last year to the effect that Ontario and the northern tier of the United States are suffering a mouse population explosion. In part, it is thought that this is caused by the collapse of almost every species which formerly preyed upon small rodents, such as foxes, hawks, falcons, eagles and so forth. It is also in part thought to be a product of climate change, but i don't know that i subscribe to that--those "Chicken Little" boys start hollering climate change at the drop of a hat, or of a rodent. It is entirely possible that your rodent infestation is a result of this alleged rodent population explosion.
1 Reply
1
Reply Fri 28 Aug, 2009 02:11 pm
@joefromchicago,
Just tell them they're rats, anyway. By the time they find out, you'v already got what you need from them.
1 Reply
1
Reply Fri 28 Aug, 2009 02:27 pm
@Setanta,
We need more of these guys around here.
0 Replies
1
Reply Fri 28 Aug, 2009 02:27 pm
@roger,
Diabolical. I like that.
0 Replies
1
Reply Fri 28 Aug, 2009 06:48 pm
Coyotes could do the trick. After Dubya-Dubya Two, when Farley Mowat got out of the army, he got a degree, and then the Canadian government sent him above the arctic circle to study wolves. The theory was that the wolves were killing off the caribou. He demonstrated, in some cases with photographic evidence, that hunters were circling the herds in small planes, shooting dozens of animals, and then landing to take away one or two heads. He denied that the wolves were following the caribou herds, stating that they (the wolves) were territorial, and only hunted caribou when they passed through their territory.

So the government boys (sarcastically) asked him what the wolves lived on when there were no caribou around. So he reported back that they ate voles and mice, as well as insects and the occasional fish. They basically (and not even politely) laughed at him.

So Farley sent them an order for 300 mouse traps, and told them not to send him any more food. 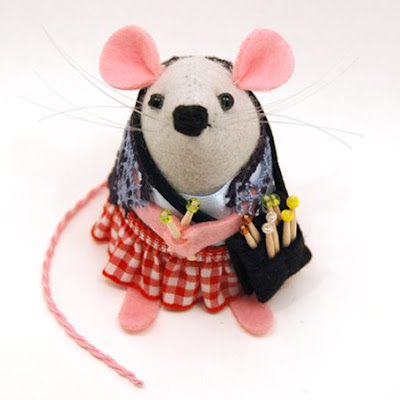