What do you want to drive? (whatever you want/dream/fantasize/own? )

i thought to myself, if i save and save and work hard, ill get one some day..

i bite back though 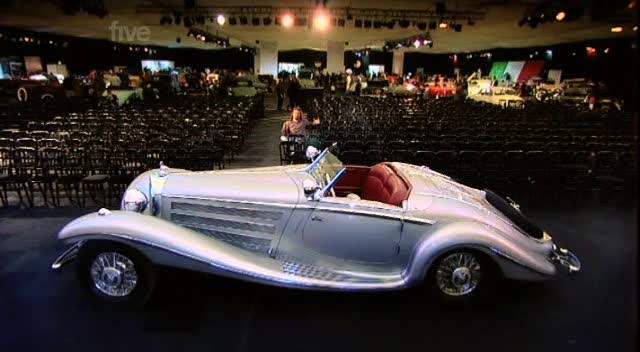 The $25 million, 122 ft Strand Craft 122 boasts four double rooms, an Art Deco interior complete with 52-inch state-of-the art LED televisions and a top sound system from Bang & Olufsen. It even has bulletproof windows. If thats not enough you can slip behind the wheel of the matching supercar, whose 880hp twin turbocharged V12 engine provides speeds of up to 233 mph. 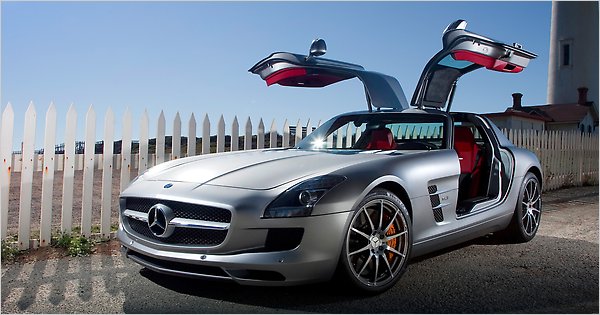 Heavenly slideshow!! It's a must see!!
http://www.nytimes.com/slideshow/2010/07/11/automobiles/autoreviews/20100711-mercedes.html?ref=autoreviews

As for safety, if the SLS should ever land on its roof, pyrotechnic charges blow out the doors’ hinge bolts, allowing occupants or rescuers to free the doors.

However you do the math, the SLS is a screamer: 3.5 seconds from 0 to 60 miles per hour, according to Car and Driver magazine, and 11.6 seconds in the quarter-mile.

And then there is the sound: a guttural, murderous outburst, complete with exploding-popcorn backfires when you downshift or get off the throttle. You can’t believe that any Mercedes could make such a racket.

Find some kind of backroad in either Pennsylvania or upstate New York and test out that 0-60 MPH! Hey!! 60 MPH is still under the national interstate 65 MPH speed limits.

I would love to take this car for the 9 hour road trip from NYC to Pittsburgh and see if I could keep it under 70 MPH. That would be a challenge for the ages!
1 Reply
1
Sat 10 Jul, 2010 06:05 pm
@tsarstepan,
I dont think that Rt 84, Rt 80 or the PA Turnpike could handle such a car. The roads have such problems in the concrete sections that I think a high flying Supercar would go airborn and crash at some point. ANyway, they patrol those roads by aircraft and 230 mph is just crusin speed for the Commanders the PA Police fly.
1 Reply
1
Tue 3 Aug, 2010 08:16 am
@farmerman,
Yep. Its nice to drive.
0 Replies
1
Sun 15 Aug, 2010 01:12 pm
@farmerman,
With the Thundercougarfalconbird, you don't need no stinking roads! One of the best and most expensive cars in the year 3000. From the Futurama episode Put your Head on my Shoulder.