Boo! Is Friday the 13th Really Hazardous to Your Health?

Today is Friday the 13th. It's okay to admit this date gives you a twinge of anxiety. Bad things happen on Friday the 13th, right? An entire horror film category is based on this date -- Part XII - yes, 12! - in the eponymous movie series was released last month, opened at #1. As many as 21 million Americans will change their behavior today because of superstition. They won't go to the mall. They won't set foot on airplanes. Why? It's called paraskevidekatriaphobia: a morbid or irrational fear of Friday the 13th. The cost of all this anxiety is estimated around $750 million per day in lost business.

So, what's the truth? Does Friday the 13th bring bad luck? Is this date hazardous to your health? I've spent the last few years studying who lives and dies in all kinds of everyday situations and crises. Along the way, I bumped into the fascinating science of superstition and Friday the 13th. It turns out there's some good news, some bad news and one thing you can definitely do to improve your chances if you're afraid of black cats.

On the bright side, a recent study suggests that Friday the 13th is actually safer than the average Friday. Dutch researchers with the Center for Insurance Statistics looked at traffic accidents, fires and thefts and found there were fewer incidents on Friday the 13th than regular Fridays. Do people drive and behave more carefully on Friday the 13th? Or do they just stay home to avoid fate? "I find it hard to believe that it is because people are preventatively more careful," a Dutch statistician explains, "but statistically speaking, driving is a little bit safer on Friday 13th."

On the dark side, a Finnish study in 2002 found that women in particular have a 63 percent greater risk of dying in traffic accidents on Friday the 13th than on regular Fridays. Simo Nayha, the Finnish researcher, believes that fear causes them to crash. "It is not inconceivable that on Friday the 13th," Nayha writes, "women who are susceptible to superstitions obsess that something unfortunate is going to happen, which causes anxiety and the subsequent degradation of mental and motor functioning."

The Finnish study is supported by earlier data published in the British Medical Journal. Researchers examined auto accidents on Friday the 6th and Friday the 13th over a three year period. "Friday 13th is unlucky for some," they concluded. "The risk of hospital admission as a result of a transport accident may be increased by as much as 52 percent. Staying at home is recommended."

Professor David Phillips is a sociologist at the University of California, San Diego who loves to investigate phenomena like the fear of Friday the 13th. After examining 47 million computerized death certificates, he found no spike in "white mortality" on the thirteenth of every month, a general date of alarm for superstitious people who suffer from triskaidekaphobia (fear of the number 13).

However, Phillips noticed a surprising death spike on the 4th of every month and he coined an elegant name for it: the Baskerville Effect. It comes from Sir Arthur Conan Doyle's mystery The Hound of the Baskervilles in which a character suffers a fatal heart attack after being terrorized by a demonic dog. On the fourth of every month, Phillips says, there's a spike in coronary-related fatalities among Americans of Japanese and Chinese ancestry. Across the United States, he found 13 percent more Asian American cardiac-related deaths on the fourth than expected. In California where these populations are concentrated, he discovered 27 percent more deaths.

In Mandarin, Cantonese, and Japanese, the words for "four" and "death" are almost identical, Phillips says, and many Asians are superstitious about the number. Indeed, in hospitals and hotels in the Far East, the number 4 is avoided just like the number 13 in parts of the Western world. Phillips tested and rejected all sorts of theories to account for the death peak on the fourth of every month. In the end, he concluded that fear connected to the number 4 was the only plausible explanation. "The Baskerville effect exists both in fact and in fiction," he declared in the British Medical Journal.

You might want to exercise a little extra caution on Friday the Thirteenth (or the 4th of every month). But you don't need to be afraid or stay home. Indeed, if you're fearful of anything, you should watch out for other people who suffer from paraskevidekatriaphobia. If possible, try to avoid them on the highways or the sidewalk. After all, it's not the day or date that will get you. It's the fear.

Good luck out there today... 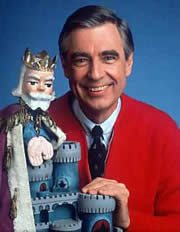 0 Replies
1
Reply Fri 13 Mar, 2009 02:45 pm
@BumbleBeeBoogie,
it may not be hazardous to my health , but it sure is hazardous to our bank-account .
just completed our income tax return (the canadian version) and we'll have to fork over another $300 . actually have to pay $1,100 first and wait for an $800 refund - which will likely be slow in coming - i know the cheque will be cashed by the "receiver general" immediately .
hbg