Daylight Savings??? What a Crock!!! 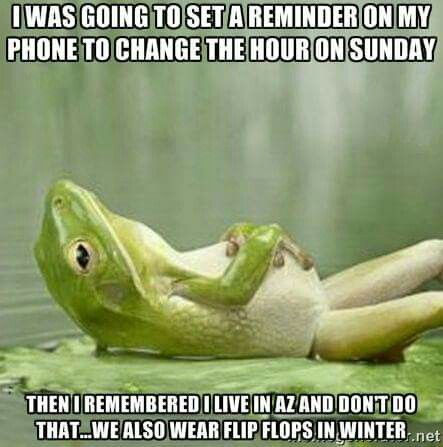 2 Replies
2
Reply Sat 18 Mar, 2017 01:52 pm
@Ticomaya,
Yes, but if you don't protect your head it will fry your brain ...
0 Replies
1
Reply Sat 18 Mar, 2017 02:55 pm
@Ticomaya,
That reminds me of driving through both Navajo and Hopi areas in AZ ...
0 Replies
1
Reply Thu 22 Mar, 2018 09:16 am
To be fair I haven’t been aware it is such an issue and creates so much confusion in the world. As I’ve only lived in Europe (CET and WET) I cannot comment on the other time zones affected by this DST effect. I understand it is such an issue partly because it’s not global in observance, and many regions do it at their own at different times of the year

what a mess it must be!

I am a very frugal person and do love any savings (especially of food, fuel and energy) but that is not my argument – nowadays the difference is negligible, if any at all. Despite the negatives, I still see DST as a benefit, mainly because it gives us the “extra hour”, so to speak, of sunlight in the summer, which is the comes at a cost we pay for all this. Admittedly, some may argue this is purely due to my bias being located at the “beginning” i.e. eastern part of the time zone, (meaning early sunset, and also early sunrise thus no real long summer nights, which is, I believe, something we all like) and I do accept their point. Even now with DST in place, I personally would opt for the time zone to the east, as I do not believe sunset at half 8 is a long summer night at all! Consequently, sunrise at or before 4 is pretty useless, considering most people do not wake up until 6 or 7. This being said, canceling DST would mean end of longer summers. Comparably, sunset before 4pm in winter is also pretty depressing, due to restoration to “normal time”, whose duration in a year is, paradoxically, shorter than DST in this region. Canceling DST and keeping the usual zone would be no benefit for winter, however for summer period would mean darkness relatively very very early, and no benefit of having sunrise at around 3 am when most are sleeping! The compromise is something we have now, though in my opinion it is still biased towards being an early rise and thus an early snooze.
On the other hand I can also imagine those at the western extremities of a time zone (using CET as an example, France and especially Spain) already have enough long summers and do not need the extra hour in the evening. They may be the ones who are welcoming the idea of return to normal time, as darkness after 9 in the morning is not practical. No surprise then, people in countries like PL, CZ and SK are habituated to getting up early; schools start much earlier, shops open earlier than in countries in the western extremity of the time zone, such as FR, where the 9-19h is the more common time, or Spain, who are stereotyped for their supposed “late lunches and dinners”. The irony is that even within one time zone, each country or region adapts. Then, DST should not make much relative difference across regions which already have adapted – the issue rests with the one-hour-per-year shift to sacrifice losing this hour in early spring in order for a gain of “late summers”, and to gain it back in autumn to avoid “dark mornings”. A possible solution could be to split the zone into west and east, but it would result in messing up the convened times which have existed for so long.
Ideally speaking, we should be located and clocks adjusted so that we are able to make most of our daylight when up and active, but that is just impossible as we are all governed by “official clock time”. Fixed work times, transport schedules, office opening hours do not change suddenly per minute change caused by slight difference on the earth’s surface. Some may argue that we were designed to be awake during daylight and sleep at night, but given humanity is spread all over the globe where the extremities between day and night become more accentuated, this is just impossible… and we have learned to adapt (some more easily than others) to the seasons changing. Besides, spending half day sleeping is not really what we need as grown-ups, and with increasing age, time spent sleeping decreases.
If it were possible that regions which do not benefit so much – e.g. are closer to equator would not observe DST over time if no benefit seen, but others such as Europe do, I am in for such an agreement 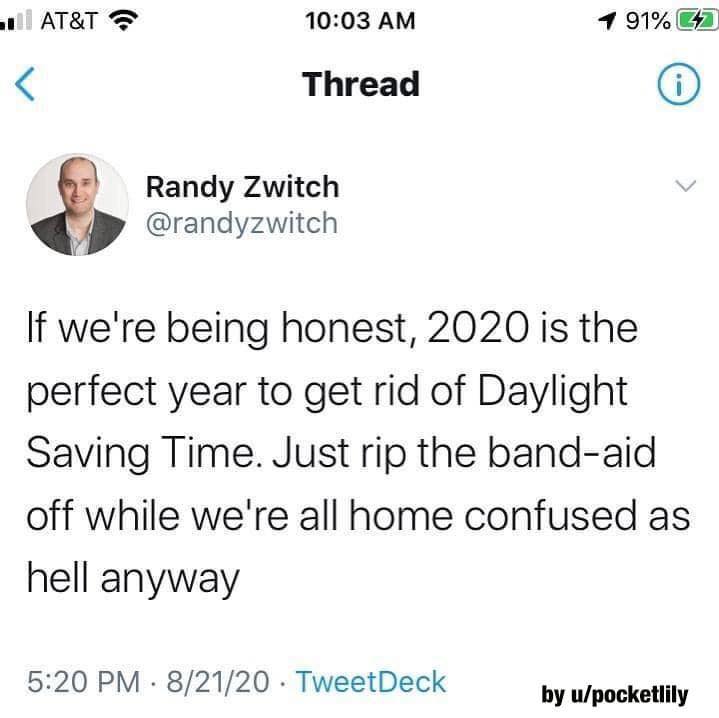