Forums: Human Interest, Reyn, Lying Sack
Email this Topic • Print this Page
Reply Sun 24 Aug, 2008 05:12 pm
This thread is going to be the depository of the stories that I used to post in the Human Interest forum.

They will be the stories that my legions of fans can expect of me from past times. Comments are always appreciated.

So, let's get started!


Disclaimer: Facts and photos may possibly have been altered for entertainment purposes.

The Winnie street thug is sporting his mugging wear here.

Masayuki Ishikawa was hanging out on a Tokyo street corner after midnight last month while wearing the cuddly costume, accompanied by two friends dressed as a mouse and a panther, when he took offence at being stared at, police said.

"It's uncommon to see people dressed up like this, so the victims were watching them. Then the perpetrator came up and said 'What are you staring at?'" a police spokesman said.

Ishikawa and his friends beat up the two victims and stole $160 from them, the spokesman said, adding the group had apparently donned the unusual garb because they had run out of clean clothes.

Indeed! One must be careful these days!

For our next little story:

An Austrian man ended up in hospital after he faked an armed robbery because he was too scared to tell his wife he had lost thousands of pounds in a casino.

Josef Reiner, 66, from Vienna, broke his nose, jaw and arm as he beat himself with an iron bar to make the fake robbery seem authentic. 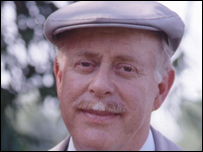 Here's a recent snap of poor Josef. He has decided that it would be less painful to just stop gambling.

But he had to admit himself to hospital when the pain of his injuries got too much.

And when police officers were called in by hospital doctors, Reiner confessed what had really happened.

A police spokesman said: "He must have been very afraid of his wife to inflict so much pain on himself rather than just confess to her."
1 Reply
3
Reply Sun 24 Aug, 2008 05:55 pm
@Reyn,
I bet his wife is one of those pretentious women, who wants to mingle just with upper class and is extremely fussy and bossy to the neighbors. She probably tries to avoid her sisters.
2 Replies
2
Reply Sun 24 Aug, 2008 06:21 pm
@edgarblythe,
That could very be, Edgar! Either way, I wouldn't be able to put myself through what he did to himself.

A trusting German had to jog two miles naked to a police station after a woman promised him sex and then ran off with his clothes.

Felix Adler, 30, said he met the 24-year-old woman in a bar in Cham in southern Germany and they walked to woods on the edge of town where she begged him to have sex.

But as he stripped off, she fled with his clothes - including his wallet with £800 in it.

He managed to make his way to the police station and gave a full description of the woman to police who later tracked her down.

A police spokesman said: "He was very embarrassed and very cold by the time he got to the police station."
1 Reply
1
Reply Sun 24 Aug, 2008 08:27 pm
@Reyn,
By any chance, is Cham a university town? This sounds like a college prank.

I bet his wife is one of those pretentious women, who wants to mingle just with upper class and is extremely fussy and bossy to the neighbors. She probably tries to avoid her sisters.

A Puerto Rican man has been granted his last wish - to remain standing, even after death.

Special embalming treatment was used on the corpse of 44-year-old Angel Pantoja Medina to keep him on his feet for his three-day wake.

Here Pantoja is seen with two friends who are helping him fulfill his dying wishes.

Dressed in a blue coat, striped shirt, white pants, and sunglasses, Pantoja was mourned by relatives while propped upright at his favorite beach.

His brother Carlos told the El Nuevo Dia newspaper: "He wanted to be happy, standing."

Tell me another story, Uncle Reyn.

Okay, okay, but only if you're reeeeaaaalll good, and promise to go to bed after I finish.

LONGVIEW, Texas, Aug. 15 (UPI) -- Police in Longview, Texas, have arrested a woman who allegedly had her 12-year-old grandson drive her to a casino.

Mrs. Rosenburg's grandson at the wheel of her car

Investigators said the 12-year-old was stopped for a traffic violation while he was pulling a blue minivan into his grandmother's driveway Wednesday and the boy told the officer he had just returned from dropping off his grandmother, Jennifer Rosenburg, 65, at a local casino, the Longview News-Journal reported Friday.

Rosenburg, whose birthday was Wednesday, admitted to police that her grandson had driven her to the casino, officers said. She was arrested on child endangerment charges and jailed in lieu of $2,500 bond.

Police said the incident is also being investigated by Child Protective Services.

A US woman has been charged with assaulting a police officer after wiping her nose on his shirt.

It happened after police in Dunbar, near Charleston, West Virginia, were called out to deal with a domestic dispute.

Corporal S E Elliott arrived to find a man sitting near his front door while a woman tried to slap him, reports the Charleston Daily Mail. 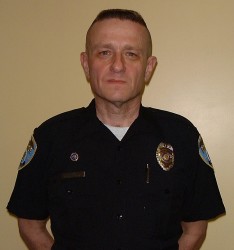 Her wet nose on the back of my shirt was horrible, relates Corp. Elliott

He arrested the woman, Georgia Newman, 30, after reportedly seeing her bite the man on his elbow and spit in his face.

But as he later walked her into a local police station, she allegedly leaned over and wiped her nose on the back of his shirt.

Ms Newman was charged with domestic battery and battery on a police officer.

Battery on a police officer is defined as intentionally making any physical contact of an insulting or provoking nature against an officer.
1 Reply
1
Reply Thu 28 Aug, 2008 09:45 pm
@Reyn,
Snot the right thing to do. I hate it when strangers get their bodily fluids on someone.
0 Replies
1
Reply Fri 29 Aug, 2008 09:25 pm
Condom dresses promote safe sex

Chinese nurses are wearing dresses made of condoms to promote safe sex.

The two nurses, from a hospital in Xiamen city, showed off their condom outfits at a public health promotion.

"They're a visual shock, and good to remind people of the importance of safe sex," said a hospital spokesman.

To help bring home the point about condom use, Mr. Dicky brought up the rear and accompanied the nurses on this event

The two nurses handed out booklets and condoms to onlookers at the event, held to mark World Aids Day.

The hospital used another 10,000 condoms to make a banner, reading "Combating AIDS, Implementing Commitments", for the event.