What Is The Difference Between .com and .tv?

Forums: Tv, Internet, Video, Web, Web Deveolpment
Email this Topic • Print this Page
Reply Tue 19 Aug, 2008 07:50 am
If a site being planned will have video, possibly streaming live, is there a benefit to having a .tv over a .com? Or is the script and behavior of the site going to be the same based on the script no matter the ending?

.tv is, as people have said, the country code for the nation of Tuvalu.


Anybody can register those domains. There's no particular connection between anything media/video and the country code for Tuvalu. However Tuvalu, being a tiny island nation with a population of less than 12,000 is making quite some money from people using their country code as a domain hack for TV channels or the like - the government receives more than $4 million in royalties per year...

Of course, the internet being the internet, there is no way of predicting where things might go in the future, and whether it would make more sense to register a .com or a .tv domain for any specific kind of purpose. I'd say that your guess is as good as anybody else's.

Coat of Arms of Tuvalu: 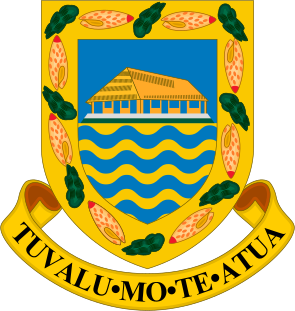 0 Replies
1
Reply Tue 19 Aug, 2008 08:51 am
what squinney is asking is ...is there a technical difference? We are launching a new site and want to be able to show video and eventually streaming video to broadcast live from clubs and events... is there some advantage to having a tv website for this purpose? I always thought you could do that from a.com or .net or whatever site. The .tv sites are twice as expensive.... so why spend the money if it won't allow us to do anything the others won't?
1 Reply
1
Reply Tue 19 Aug, 2008 08:56 am
http://money.cnn.com/2006/12/12/technology/pluggedin_lashinsky.fortune/index.htm<br />
Evidently that little island sold its dot tv domain. It is now in the hands of someone that may actually do something with it as people catch on to the possibilities.

But, technically, I'm guessing everything would be the same on either .com or .tv as far as capability. .TV would just be a better ddescriptive if it ends up being more like a tv channel program site. Is that correct?[url][/url]
0 Replies
1
Reply Tue 19 Aug, 2008 09:09 am
@blueveinedthrobber,
Uhm.... no difference, really. It's just a name tag, an address. They don't give you any additional options or anything.

thanks... I won't waste the money then.

is there a benefit to having a .tv over a .com

Or is the script and behavior of the site going to be the same based on the script no matter the ending?

Is .tv expected to take off in a big way and if so, will it be googled differently, such as having a "channel" line up?

Not really. It's just more namespace for a crowded domain system and the namespaces just got blown wide open this year, soon there will be many many more (e.g. .squinney will be a legitimate TLD).
1 Reply
1
Reply Tue 19 Aug, 2008 11:38 am
@Robert Gentel,
Quote:

...soon there will be many many more (e.g. .squinney will be a legitimate TLD).

Really? That seems like it will be much more confusing when having to remember the before the dot and after the dot name if the after the dot can be anything.

On the other hand, Oooh and Ahhh! I bet EVERYONE will scramble to get a dot squinney!
0 Replies