On Being Very Poor

Thank you for the added perspective, too. I've just moved to an area where you see a lot of homeless and destitute people on the streets, which is a new experience for me; and though I've always tried to be careful never to draw any conclusions about them and how they got in that situation, now I feel like I have just that much more awareness. Thank you for sharing that.
0 Replies
1
Reply Sun 19 Nov, 2006 05:04 pm
Thanks, cyphercat. Ah, the bums. At one time, I spent lots of time riding freight trains and living in flop houses and cheap hotels. Most of the "bums" I met were good hearted, simple people. Many of course were alcoholics, but, as one man explained his situation to me (we both were Manpower day laborers):

"I have family I could live with. They would help me get a real job. But I just never did fit in. I can't do it any more."

That's not the working or seeking work poor, however. These are dysfunctional guys who don't know what to do with themselves, of which I nearly became one. They all need active counseling and a place to fit in, which no one will ever provide. I distinguish these from the poor who seek or have homes, probably families.
0 Replies
1
Reply Sun 19 Nov, 2006 05:30 pm
Edgar, I don't recall, but I believe you and I have discussed this book in the past... 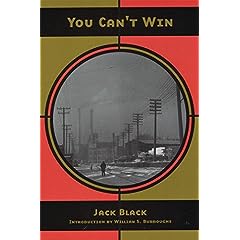 If not, I must insist that you read the book and I believe you will, as I have, put the book on your favorite list.

A powerful, extremely well-written book about living on the road during hard times.

I believe the book was written during the time period on the cusp of the Great Depression, but I could be wrong. It may have taken place during the Depression.

Gus, I am putting that book on my list of must reads. You have yet to lead me astray.

I appreciate that, Edgar, I really do. I have been trying to get members of this site to read that book for years and no one has honored my request.

Please contact me immediately upon your completion of the book and let me know of your opinion.
0 Replies
1
Reply Sun 19 Nov, 2006 05:51 pm
Gus, when I searched the book, I found that same page. I am notoriously slow at getting books read, but will let you know.
0 Replies
1
Reply Sun 19 Nov, 2006 05:57 pm
Did you notice that one paragraph in the article has a reference to one of our own?

There are some passages that reach high, almost comic, art. For instance, at the time, one of the punishments in the provinces of Canada was The Lash:

JACK was a swarthy, swaggering son-of-a-gun.
He worked thirty years on the railroad, ten hours a day,
and his hands were tougher than sole leather.
He married a tough woman and they had eight children
and the woman died and the children grew up and
went away and wrote the old man every two years.
He died in the poorhouse sitting on a bench in the sun
telling reminiscences to other old men whose women
were dead and children scattered.
There was joy on his face when he died as there was joy
on his face when he lived--he was a swarthy, swaggering
son-of-a-gun.

McGonigle is green in thought,
a step beyond his bout with drink.
Filbert Street trips up his back
and turns his ankle from behind.

A foreigner, a drunk, and loud,
the surgeon scratches in his book.
No need to etherize this case.
That night they amputate the foot.

McGonigle is pinned to bed
by rippling arms, the swollen leg
is chafed by rope. The surgeon saws
as quick as sex. In a bucket falls the bone.

Retching, terrified, and screaming,
the Irishman curses the Virgin
and Jesus. Keep your distance, men,
the surgeon, hands on apron, says,

The poor are not as sensitive
as we, their nerves are coarse
and dull. Their bodies thus endure
their penury.

You must use ether wisely, men,
by judging risk against the gain.
The young men shift from foot to foot.
McGonigle goes down for good.

For pain is our Creator's gift
to teach and strengthen us, a most
desirable--though never sought--
companion, men. So humbly, cut.
0 Replies
1
Reply Mon 20 Nov, 2006 06:17 pm
Well Edgar, that was an interesting story to say the least. I could play the 20 questions game with this thread but I'll just ask two.

We all probably have had some experience with people who share many traits of your stepfather. What do you attribute his behavior to?

And what is your final disposition of your relationship with him--did you feel any need to forgive him?
0 Replies
1
Reply Mon 20 Nov, 2006 08:54 pm
I believe he was spoiled in the egg, a genetic aberration of some sort. His oldest son is almost identical to him, despite the fact he's no alcoholic.

My stepfather owned his own restaurant at the end of his active life. Aside from being an alcoholic, his eating habits were guaranteed to induce a coronary on their own. For years I watched him salt his food until it was white, then pepper it black. Even watermellon received that treatment. His face became perpetual beet red.

One evening, after closing time, he suffered some kind of stroke. He lay on the floor near three days before he was found. Paralyzed on one side, he lay in a hospital bed at least a year before expiring.

Do I feel a need to forgive him? Do Jews feel a need to forgive Hitler?
0 Replies
1
Reply Mon 20 Nov, 2006 09:35 pm
edgar I too grew up very poor and had a farily weird upbringing, a father I hated even though he was not around, and I was a tiny little guy to boot so I had to learn to toughen up pretty young.

Poverty cancels everything in the eyes of others because no one looks past it to see your talents and abilities, just your shitty clothes and dirt poor living conditions.

I have in my life surpassed the expectations of everyone from my childhood days and they can all suck me off in the middle of the town square anytime they like. :wink:

I salute you for rising above your beginnings and building yourself a good life. It ain't an easy task, but living well really is the best revenge.
0 Replies
1
Reply Mon 20 Nov, 2006 09:39 pm
Thanks, bear. You have every right to be proud of yourself in all you've overcome. I am proud to know you.
1 Reply
1
Reply Sun 28 Dec, 2008 04:27 am
@edgarblythe,
hey Edgar - i just found this because of the tab thing
(link to poverty)

thanks for sharing your experiences here