and he really wants to know

what do you guys think?

the poll is binding btw
Type: Discussion • Score: 0 • Views: 1,694 • Replies: 35
No top replies
1
Reply Thu 2 Nov, 2006 04:18 pm
Well, Steve is certainly pro-American. I can vouch for that and testify
to the fact that he's made numerous comments that were pro American.
I'll look for that one particular posting right now - should take a while though, Steve posted a lot of crap inbetween.

Now where is the promised 50 bucks, Steve?
0 Replies
1
Reply Thu 2 Nov, 2006 04:18 pm
Here is an exchange from the capital punishment thread that illustrates what may be an example.

The response to it ------
"Long ago" = about 48 years. Not a particularly significant piece of the long history of the nation that practiced the quartering and disembowelling of those who threatened the king/queen or the established religion a few centuries ago, and hanging for a wide variety of offensed until decades ago.. Was Britain "civilized" during the Elizabethan and Victorian Ages which it celebrates so much?

The French Revolution has long been the model for the murderous idealogues who plagued the world in the name of various "isms' each claiming the ability to perfect mankind while slaughtering individual men and women by the millions. By contrast the American revolution (which preceeded it) achieved a practical, working civil democracy, imperfect at every stage, but able to work out its economic life and social contradictions without the need for colonies and empire.

By Steve's standards the "civilization" of Western Europe is a very recent affair, one that developed only in the wake of WWII. If that is so, then they have America to thank for it.

I believe Steve's assertion above and the examination of it that follows fairly illustrate the point.

As to whether the matter is of any general importance, it is useful to recall that we all are encumbered by blind spots and prejudice - only the details change.
0 Replies
1
Reply Thu 2 Nov, 2006 04:19 pm
Is the poll for reactions before Bordeaux or after (and than: how many?) ? :wink:

re In vino veritas

I didn't answer the poll, as I think Steve has a world view.

Like there is also more than one "Drei-Laendes-Eck" in Europe.

Land's End is always an expensive place to shop. You ought to see what they ask for a simple pair of jeans. 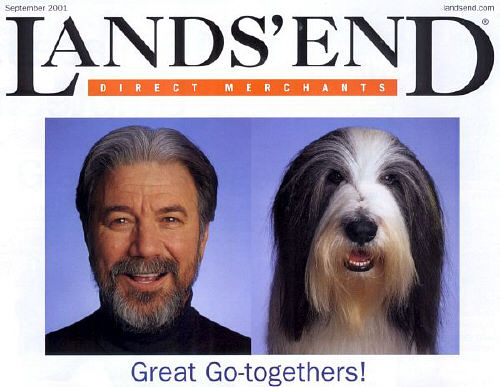 Wow! Walter know Latin? There's a coup.
0 Replies
1
Reply Thu 2 Nov, 2006 05:39 pm
As a gesture of fraternal solidarity I have created a thread in this forum on the question of my own supposed anti-Europeanism. Who knows, the results may restore Steve's confidence in his objectivity.

I'll confess to not knowing how to insert a link here to it, but you caN find it in the forum.
0 Replies
1
Reply Thu 2 Nov, 2006 09:46 pm
Is Georgeob! anti-European ?
0 Replies
1
Reply Fri 3 Nov, 2006 01:46 am
Well, I think the moderate score here is probably close to the truth. Steve just can't resist the occasional shot at America, but we recognize it as just a manifestation of the self contradictory neurosis that affects most Brits about America. (I wonder how they REALLY feel about Canadians.) In his more sane and lucid moments Steve can be a good guy.

In his more sane and lucid moments Steve can be a good guy.

I try and avoid these occasional lapses

...just trying to think of something provocative..