Forums: Tennis, Sports, U S Open, Sports Blog, Kimmelman
Email this Topic • Print this Page
1
Reply Sat 11 Jul, 2015 08:06 pm
Did anyone watch the ladies doubles final, and if so, what channel was it on?

I tuned in at 2pm (New York time) and ESPN was reshowing Murray-Federer. They went with a day-old semi over a live final?
0 Replies
1
Reply Sat 11 Jul, 2015 08:22 pm
I.m watching Williams and the Venezuelan chick on my VCR.
Still got 4 hours left...maybe it's after the final

I certainly have no patience for "haters" of any player. (I don't even hate that smug son-of-a-gun, Novak Djokovic -- really I don't!

) However, if you had asked me on September 26, 2011 (when Serena turned 30) whether she was the best female player ever, I would certainly have said "no", for the simple reason that she had won 13 major titles to Graf's 22 and didn't seem likely at that point to win many more. The basis for my opinion, on who the best player ever is, hasn't changed at all since then, but the facts have, which is why I now rate Williams #1. Until recently, Evert was within her rights to say she'd had a more successful career than Williams, having won 18 grand slam singles titles in her own right.
0 Replies
1
Reply Sun 12 Jul, 2015 08:57 am
Yikes, re Djoko and Fed so far..

On the women's doubles, I'm only a reader, no idea where it was on tv.


It featured India's first women's doubles winner ever in a major, Sania Mirza.
I was hoping to get to see her play live.
I don't watch much doubles, but they used to show the final, anyway.

It all makes me wonder what kind of coverage doubles gets over there in India.
She's their first woman, but not their first doubles champ.
They have a long history of great doubles play.

Doubles is an acquired taste as a spectator sport, because you can't, as the viewer, watch your favorite player as she gears up to take a shot.
If you focus on one player, her teammate always pops up and cuts the ball off at the net.
0 Replies
1
Reply Sun 12 Jul, 2015 11:34 am
Now the tennis is over let's take a moment to look at what Wimbledon really means.

Federer teases his fans yet again, by beating Djokovic to win the Cincinnati Masters.

It is sort of amazing to me to see that someone of his age, with his body, is considered old.

0 Replies
1
Reply Sun 23 Aug, 2015 09:06 pm
@snood,
Cincinnati is the only masters Djokovic hasn't won. Federer did a lot of different things at this tournament, charging the net, returning second serves inside the baseline. Interesting to see how he plays the Open.

Serena also won and in good form. I'm ready to see her run for the Grand Slam.
1 Reply
2
Reply Mon 24 Aug, 2015 06:02 am
@engineer,
Not a lot of focus on Women's tennis here but Serena is going for history next week. When she had 15 or 16 slams, I thought she had one or two more in her. Father Time just doesn't give up that easily and Serena has had issues with knees and ankles before, but here she sits at 21. To get the Grand Slam and tie Steffi Graf's open era Slam record would be beyond amazing. While she has been really dominant this season, she has done it with a lot of clutch play and battling from behind.
2 Replies
1
Reply Mon 24 Aug, 2015 12:28 pm
@engineer,
ESPN article: Powering Towards History 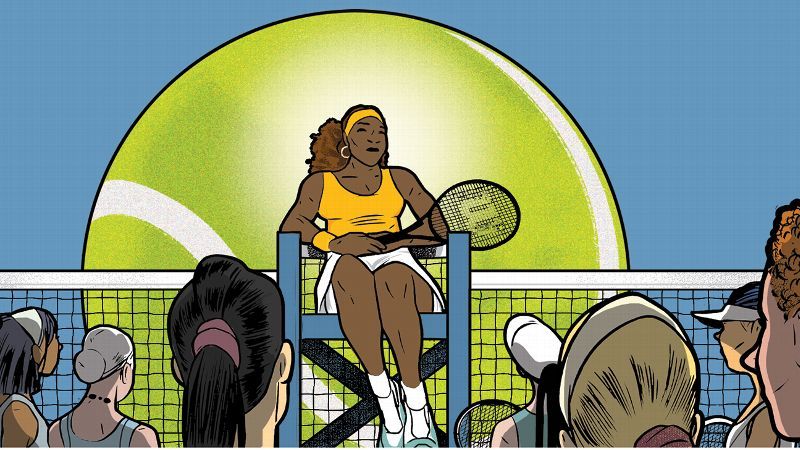