Forums: Endy, Original Writing, Personal, Diary, Endymion
Email this Topic • Print this Page
Reply Tue 4 Oct, 2005 09:36 pm
I've been reading (and a few times contributing to) AngeliqueEast's thread, 'death poems' in the Poetry Forum.
I've been inspired to write about death at last. Also about war.
I'll post whatever I can come up with - so some of it might be a bit rough, but I'm challenging myself here and feel a bit of a need to experiment.
(I'll try and write something every day, but not sure what will happen).
Some of it might not be to people's tastes - so, sorry if anything here offends anyone, but in defence I'll say now that anything I post here will be written with respect, both for the dead and those remaining.

If I blow myself out early - please feel free to come talk to me here and post up your thoughts.

Autumn has turned your green leaves red,
The rose is withered black and dead.
I remember your funeral,
I remember your grave,
The old man's toast
And the speech that he gave.
I remember your father, his face so confused,
Trying to speak of the paths that we choose.
And outside the church, how we all stood around,
Staring at bright, leaf-covered ground.
And suddenly we missed you,
"Like a pain," someone said,
And each of us laughed,
Because you couldn't be dead.
Yet you die in my sleep, with your arms thrown wide,
And your green leaves turn red as you fade from our side.


One down, twenty-three to go

There are thin-faced dogs on the street,
searching for cheap cuts of meat.
There are dead-eyed lads on the prowl,
all lost in the Here-and-Now.
There are burning bushes
and shattered bones.
There are tears of anguish
and lobbed stones.
There's a shadow moving out of the glow.
There's one down and twenty-three to go

Ovens where the remains of Nazi victims were cremated. Photo from the National Archives.

War smokes the starlight from the night, destroying all that tries to
humble in its wake and hammers on the heads of babes unborn
to men impassioned who defend their name with battle cries of alliance
and women on their knees who raise the iron glove of defiance
in the face of the furnace, Fight-for-Freedom.

War, a monster crushing down all life until bone-dirt defiles the soil
that drains the land of youth and on the bleak horizon
only war, barbaric war tradition, scours the soul of absolution,
war, they cry for war, they die for war and all is war.

The anniversary of a death
- a whisper from the grave
but nothing said.

Endymion is one of the best nawlins krews on Mardi Gras. Endymion and Zulu are 2 of the highlight parties
0 Replies
1
Reply Wed 5 Oct, 2005 09:43 am
I get asked a lot about my name. I have to tell people (I'm not sure they believe me) that I got it from a title of a SF book by Dan Simmons "ENDYMION"

Later, Clary (on the English forum) pointed out that I'd named myself after the most handsome of Gods :

Endymion predates Dan Simmons by millennia, Endy!
In Greek mythology, he was the most handsome of men, the god of eternal youth and fertility. Some versions describe him as king, others as a shepherd. The moon goddess Selene was so smitten with Endymion's beauty that she put him into a perpetual sleep so that she could kiss him whenever she wished.

In his poem ENDYMION, John Keats starts with the famous sentence:

A thing of beauty is a joy for ever:
Its loveliness increases; it will never
Pass into nothingness; but still will keep
A bower quiet for us, and a sleep
Full of sweet dreams, and health, and quiet breathing

I was shocked, I can tell you. But the poem seemed appropriate at the time as I was having trouble sleeping.

Then, Frank posted in the General forum:

...are you by any chance originally from New Orleans...or do you have connections there of some kind.

Well - I am a musician of sorts (bass guitar)

If anyone has any other references to Endymion, please let me know! In truth, I ended up with an interesting name by sheer luck!!
Also, I never knew who either of my parents were and grew up feeling that the name given me was not my true name.

I tink about that man - how he scared one time
Back in Brazil, when he were 'bout nine
Guns on the street and dis youth lying dead
six or seven bullets driven through his head

No need to be nervous, that last one is brilliant

Personally, I would suggest that you slightly alter the beginning of the last 2 lines like this:


Death, what do you mean to me?
Suck away on sanity.
Buried deep, like a knife in the burning-ground.
I never found you.

But you were there.
Oh yes.
Impending night.
Checked in the eyes of
restraint held tightly.
Crouched in the corner,
patiently,
as I stepped by you.

She is gone.
(Not for a day,
not for a season,
but forever.)
We are parted in this life
and shall meet again
Never.
I went away
but I survived.
She is gone,
I'm here alive
My dreams are ghosts
I cannot share,
My burden heavy now to bear
For she is gone.
0 Replies
2
Reply Sun 9 Oct, 2005 09:39 am
Endy, why death poems?

I don't want to offend people, or have them think I'm nuts (I'll keep that for the philosophy thread).

I do however, respect your motive for asking and it's a good question. One that really shook me up. 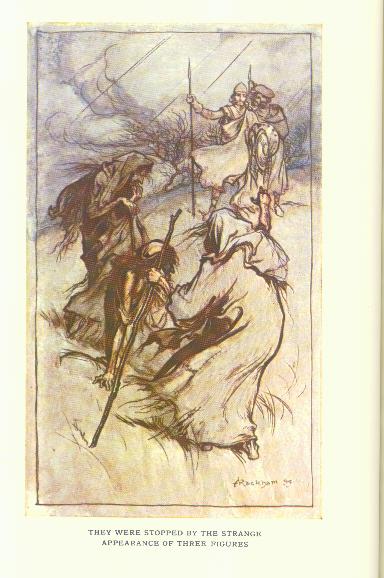 
Who was Endymion? In Greek mythology, he was the most handsome of men, the god of eternal youth and fertility. Some versions describe him as king, others as a shepherd. The moon goddess Selene was so smitten with Endymion's beauty that she put him into a perpetual sleep so that she could kiss him whenever she wished.


In literature, Endymion has been the subject of some on the world's most noted authors. In 1593, Thomas Drayton wrote "Endymion and Phoebe." John Keats composed, in 1818, an allegory entitled "Endymion". Oscar Wilde, in a poem, refers to John Keats himself as Endymion. The Elizabethan playwright, John Lyly, penned a play entitled "Endymion, the Man in the Moone." Benjamin Disraeli, in a political novel, named his hero Endymion Farras.

None of these great authors had a New Orleans Carnival krewe in mind when their works were authored, yet a poem by Henry Wadsworth Longfellow entitled "Endymion" almost seems to hint at things to come in the Crescent City:

Silver white the river gleams,
As if Diana, in her dreams,
Had dropt her silver bow
Upon the meadows low.

On such a tranquil night as this
She woke Endymion with a kiss,
When sleeping in the grove
He dreamed . . .