Piggy vs Travelling to the West

Forums: Philosophy
Email this Topic • Print this Page
Reply Thu 21 Jan, 2021 08:34 pm
Perhaps the most famous ancient Chinese fiction is the “Travelling to the West” (西游记). It’s a story about an adventure team of Monk Tang (the master 唐僧), the Monkey King (孙悟空)， the Pig God（猪八戒），and Monk Sha（沙僧），who were in a tough journey to the West (nowadays India) to acquire the Buddhist Bible.
Hereby, piggy wants to highlight one guy in the team, of course it should be the Pig God（猪八戒）. Originally, the Pig God（猪八戒）was the commander of the Navy in heaven. Because he molested the Goddess of Moon (嫦娥), he was punished to go to the folk. Unfortunately, when he descended to the folk, he was a bit nervous and did not watch carefully. He went into a mother piggy. Then, when he came into his next life, he looks like a pig and has to become a monster. 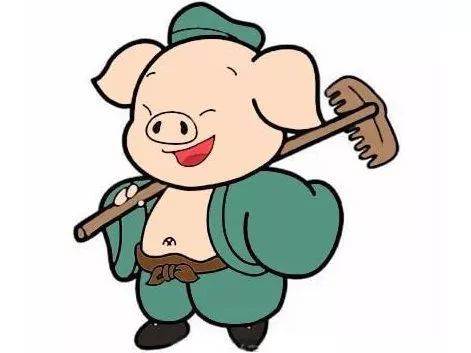 1 Reply
1
Reply Fri 22 Jan, 2021 10:06 pm
@Albuquerque,
All kinds of sausage, delicious...especially Jiangmen origin. haha
0 Replies
1
Reply Wed 27 Jan, 2021 01:00 am
Later, the pig was admitted by Monk Tang to be a pupil. From then on, he changed his life.
There are many versions of the Travelling to the West, both in movies and TV series.
Piggy watched a Hong Kong version TV series of Travelling to the West a few years ago. It’s a bit more humor. Below is a section:
When the Pig God is already in the journey to the west, he still can’t forget that beautiful lady in his previous life and insisted that at that time he not yet heard clearly enough what that beautiful lady told him and wondered whether she told him “I love you” and resisted to go on to the west. One day he couldn’t hold anymore and asked for a leave and went back to moon. He asked that beautiful lady: “oh, sweet heart, what did you want to tell me 500 years ago?” the Goddess of Moon told him: “you are boring…”. The Pig God rolled back to the Earth any shout: “brothers, let’s go right now!”

0 Replies
1
Reply Sat 27 Feb, 2021 08:00 am
八戒兄 de philosophy:
Where ever the pig God was in the journey, no matter what beautiful lady he encountered (all are transformed by monsters), he would contemplate: I should stay here…