Deutsche Bank, Donald Trump's business lender since the 1990s, announced on Tuesday that it will not continue to do business with him following last week's assault on the U.S. Capitol. The soon-to-be-former president owes about $340 million in loans with notes that come due in 2023 and 2024, CNBC reported.

Trump personally guaranteed the loans, CNBC reported, citing an unnamed person with "knowledge of the matter." That means if Trump defaults, Deutsche Bank could seize the golf courses and hotels secured by the mortgages and sell them to recover any debt due.

If the value of Trump's business assets is not enough to repay the debt, Deutsche Bank could go after Trump's personal holdings.

This financial setback comes as major companies around the world join Deutsche Bank in announcing they will no longer do business with Trump or his companies in the wake of the Capitol riot and his historic second impeachment for his role in it.

The Trump brand is taking a huge hit.

"Fueling that brand name was an aura of success supported by easy credit from banks such as Deutsche Bank and Signature that have now disassociated from Trump," she said. "At least in the short term, no doubt the herd that stampeded to support him will just as speedily abandon him as his chances of holding federal office again become increasingly bleak. The riots and attempted coup of January 6 has tarnished that brand name very badly."

Haley said any association with Trump is now "bad for business."

"Consequently, we see this rush of companies from Twitter to American Express to Amazon all developing consciences and stating that they want nothing more to do with inciting violence," she said.

"Trump's tarnished brand name has affected both the Trump organization's abilities to pay debts and to continue to raise money for the necessary aura of success," Haley said.

But the business stampede away from Trump might not mean the end of his empire, she said.

"However, this does not mean the organization has no avenue to credit or sales," Haley said. "At least in the short and medium terms, the family can sell its wares through third parties, and get credit—just not publicly from Fifth Avenue sources."

If Trump can't refinance his loans through Deutsche Bank, as appears to be the case with their announcement, and if he can't find another lender or can't make the payments, he could be forced into bankruptcy. But that's familiar territory to him.

As Trump told Newsweek in 2011, "I do play with the bankruptcy laws—they're very good for me."

More than 20 years ago, Trump, then a flashy New York developer whose personal life often spiced up the city's tabloids, worked with Deutsche Bank after other major banks, including the predecessors to JPMorgan Chase and Citgroup, declined his business.

In November, Reuters reported that Deutsche Bank considered selling the loans to others, but didn't act on the proposal because it would require Trump's approval. CNBC said the bank has not lost money through its dealings with Trump.

As a builder, Trump is perhaps best known for Trump Tower, a 58-story building on Manhattan's Fifth Avenue. It's where Trump's penthouse is located, the headquarters for his company, The Trump Organization. The building was the location of the "You're fired!" boardroom used in NBC's reality TV show, "The Apprentice," of which Trump was the volatile star.

In 2016, Trump tried unsuccessfully to build a skyscraper of at least 100 stories in Moscow. Had the project been successful, it would have been the tallest building in Europe. Trump is also known for renovation of the Commodore Hotel, now called the Grand Hyatt New York.

In the 1980s, New York City spent about $13 million in an unsuccessful attempt to renovate Wollman Rink in Central Park. Trump stepped in and completed the project in return for the right to run it, the nearby carousel and a golf course in the Bronx. The properties bring in about $17 million a year.

Mayor Bill de Blasio announced on Wednesday that New York City is cancelling all contracts with the Trump Organization as a result of the "criminal activity" of President Trump "in inciting an insurrection against the United States government."

https://www.newsweek.com/donald-trumps-brand-takes-massive-hit-after-capitol-riot-1561383
Type: Discussion • Score: 2 • Views: 599 • Replies: 3
2
Reply Sat 16 Jan, 2021 03:49 pm
The questions linger in the air...
Will be once again find a way out of his mess?
Will people finally wise up to his inability to manage anything...at all!
Will his cohorts cry out for justice against the horrid things that happened in the final chapters of some ancient tome and claim it as proof of Trump's alleged genius?
0 Replies
2
Reply Sat 16 Jan, 2021 04:21 pm
@Real Music,
Stripe will halt processing Trump campaign donations because of encouraged violence

The Wall Street Journal was the first to report the news, and CNN confirmed the report with a source familiar with the matter.

The online payments processing company restricts payments from "high risk" businesses including those that "engages in, encourages, promotes or celebrates unlawful violence or physical harm to persons or property," according to its website statement on restricted businesses.

The Trump campaign did not immediately respond to a request for comment. Trump's campaign paid Stripe more than $1.8 million in the 2020 election cycle, Federal Election Commission records show.

Last month, Trump's campaign and political operation reported raising more than $207 million between Election Day and early December as he inundated supporters with emails and texts asking for donations to help challenge the election results. An increasing share of the money, however, flowed to a leadership political action committee that Trump established to help fund his post-White House activities.

Updated figures on Trump's most recent fundraising are not yet public.

Stripe's decision follows a number of other companies that have cut ties to either Trump or Republican legislators involved in contesting the counting of electoral results. Citigroup (C), Marriott (MAR), Commerce Bank and BlueCross BlueShield are among some of the biggest companies that have announced they will suspend PAC contributions to lawmakers who attempted to overturn election results.
0 Replies
4
Reply Sun 17 Jan, 2021 02:10 pm 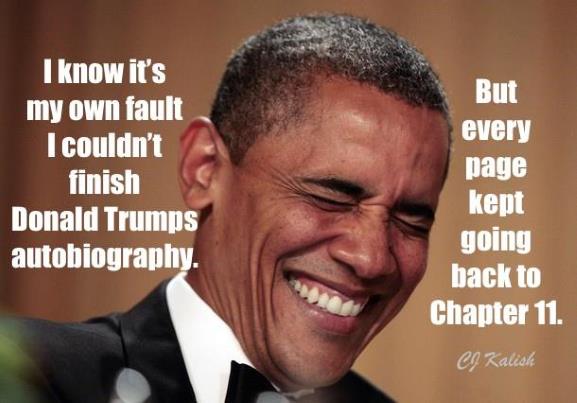