What's the deal with Rule 34 material?

NSFW Forums: Internet, Art, Media, Entertainment, Writing
Email this Topic • Print this Page
Reply Mon 22 Jun, 2020 10:23 pm
Hi. This is something I've been a little curious about for a long time. I've been using commercialized Internet since '95, back when I was in art school. I've been using the Internet long enough to know what "Rule 34" is.

If you don't want to do that type of thing, then don't.
3 Replies
2
Reply Tue 23 Jun, 2020 04:41 am
@Sturgis,
The "Venus of Hohle fels cave" is a female statue that was fabricated about 35040000 yers ago. So guys have been doing porn well into the past
0 Replies
3
Reply Tue 23 Jun, 2020 09:17 am
@JGoldman10,
"Are people doing this for their own personal entertainment and/or amusement and/or the entertainment and/or amusement of others?"
Yes
"Are they actually trying to give themselves and/or other people something to "get off" to?"
Yes
"Are they doing this for the sake of doing this, like for "shock value" or to get attention?"
Yes.

Pornographic images of various types existed long before the 50s. I'd not be surprised or shocked to learn that ancient cave drawings included some.

If you don't want to do that type of thing, then don't.


I was in Pompeii back in 1956...and visited the Naples museum during that visit. Two buddies and I bribed a guard to let us up to the Pompeii pornography area. It was off-limits at that time. 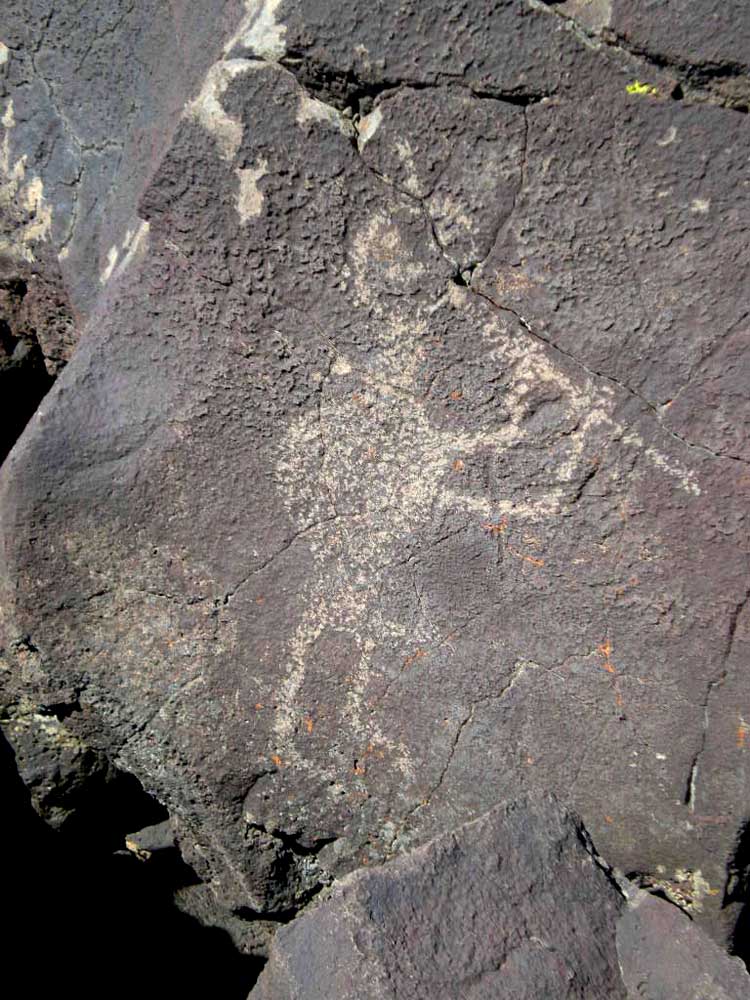 Kok0pelli with phallus, near Embudo, New Mexico
1 Reply
-3
Reply Tue 23 Jun, 2020 02:02 pm
@Rebelofnj,
What reasons other than the ones I listed are there to produce any Rule 34 material - cartoon stills, animations, comics, video games, etc.?

I know people do this because they want to "rape or ruin people's childhoods" but that probably falls under doing it for "shock value".

I think some people also do it for the sake of doing it. They do it to see if they can.

Same with search engines: Google and Bing both have safe search on by default and try filter out any offensive content.

I browse The DC Comics, Marvel, and ComicBooks subreddits on Reddit.com, and I very rarely see any unexpected sexual content.
0 Replies
3
Reply Tue 23 Jun, 2020 02:23 pm
Once more: If you do not want to create this sort of material, just don't.

See? It really is quite simple.
0 Replies
2
Reply Tue 23 Jun, 2020 02:27 pm
@JGoldman10,
I haven't seen a case where an artist is pressured to create and post NSFW content online. Or at the very least, I haven't seen people admit they were pressured.

Transformers was a popular cartoon series from around that time.

When I was in high school I remember there was a boy drawing naughty pics of Cleo from The Catillac Cats.


I used to draw fan art of cartoon characters when I was in public school, from grade school to high school, and even in art college, but nothing I drew was pornographic or fringed on being pornographic.

I wasn't intentionally looking this stuff up. I used to be a big cartoon nerd or geek I was searching for SFW stuff. I was also looking up indie cartoonists and animators. Eric Schwartz was one of the earliest online animators and cartoonists I learned about - the guy who created Amy the Squirrel and Sabrina the Skunk and other characters. He's an underground artist - I'm not going to go into his work.

When I was in art school I was working at a local supermarket. A young man I was working with knew I was going to school for animation and he knew I was influenced by Looney Tunes cartoons. He told me I should make "Looney sex". I looked at the boy like he was crazy and told him "no." He looked at me and said, "Then you must not be interested in making money."

I remember one time on my way to or from art school in NYC I was on a bus doodling in a sketchpad and I drew a male anthropomorphic cat standing around being surrounded by a bunch of sexy-looking female anthropomorphic cats. This was one of these things I drew to see if I could. I remember there were older ladies sitting around me and they looked at me disdainfully when they saw what I drew. They must have been Christians. I felt ashamed and I think I scrapped that drawing. A young college boy shouldn't be drawing stuff like that especially if he is a Christian.