Forums: Television, Netflix, Streaming Video, Amazon Prime, Hbomax
Email this Topic • Print this Page
Reply Thu 17 Oct, 2019 11:17 am
So? Which of the soon to be warring online streaming services will you be throwing your money at?

HBOMax? Disney+? Apple+? What exclusive shows on each channel are you hankering for?

HBOMax just won a very big battle (at least in my eyes):
That was quick: Studio Ghibli movies are coming to HBO Max
A monstrously big surprise as most (if not all) Studio Ghibli films have been distributed in the US via Disney. This will guarantee I will subscribe to HBOMax.
Type: Question • Score: 3 • Views: 1,517 • Replies: 23
No top replies
1
Reply Fri 8 Nov, 2019 12:30 pm
@tsarstepan,
Netflix is ending support for old devices from Samsung, Roku, and Vizio in December

Netflix has announced that it’s dropping support for a number of old devices, including old Samsung and Vizio smart TVs, and first-generation Roku boxes. If you’re still using one of these devices, then from December 1st, you’ll need to either buy a new streaming box or replace your existing one with a newer model, if you want to continue using the streaming service.

Netflix is ending support for old devices from Samsung, Roku, and Vizio in December

Netflix has announced that it’s dropping support for a number of old devices, including old Samsung and Vizio smart TVs, and first-generation Roku boxes. If you’re still using one of these devices, then from December 1st, you’ll need to either buy a new streaming box or replace your existing one with a newer model, if you want to continue using the streaming service.

Hmm I used to have Netflix for my kids - it was a gift - then I found out my older daughter bought her own subscription for hulu (student discount) and seeing we have amazon prime I cut netflix - probably would have any way seeing daughter watches it via roku - but then again not sure what sort of roku she has.

She is now looking at the disney one - seeing if this would be better for her. I don't stream or at least I rarely do so doesn't matter much to me.
0 Replies
2
Reply Fri 8 Nov, 2019 04:25 pm
I have Netflix and Amazon Prime.

No plans to get anything else. 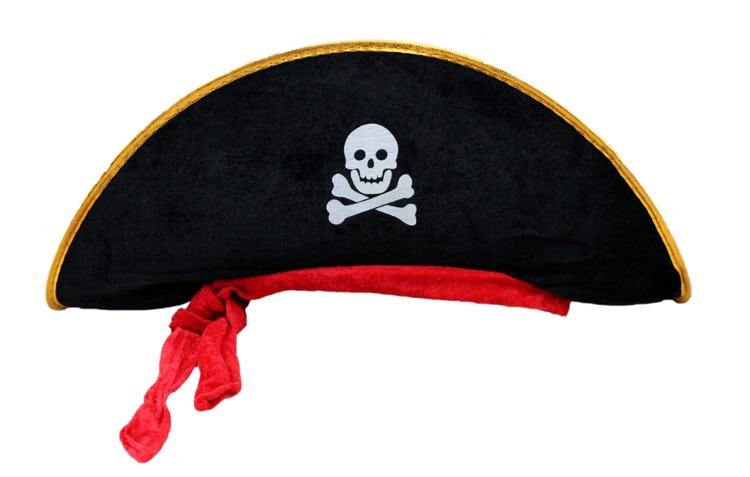 Quibi fell out of the list of the 50 most downloaded free iPhone apps in the United States a week after it went live on April 6. It is now ranked No. 125, behind the game app Knock’em All and the language-learning app Duolingo, according to the analytics firm Sensor Tower.

Even with a free 90-day trial, the app has been installed by only 2.9 million customers, according to Sensor Tower. Quibi says the figure is more like 3.5 million. Of those who have installed the app, the company says 1.3 million are active users.

My personal thoughts and experience:

*So far, I have seen more exclusive shows on Netflix, most recently The Umbrella Academy, The Witcher and Castlevania.
*Meanwhile, I have seen The Mandalorian on Disney+, Solar Opposites on Hulu, Doom Patrol and Harley Quinn on DC Universe, and Looney Tunes on HBO MAX. Both Disney and HBO have announced more shows that have piqued my interest.
*I haven't been too compelled to see any Prime show. It is not a total loss as I make heavy use of the Prime 2 day delivery.
*In terms of the back catalog in each service, HBO MAX and Disney+ have plenty of shows and films I want to see. Disney has the Animated Canon films, while HBO has the Turner Classic Movies and the Criterion Collection.
*My family overwhelmingly prefers Disney+ for its animated selections. Turns out kids would watch the same films and episodes over and over again.
1 Reply
1
Reply Wed 10 Jun, 2020 06:31 pm
One minor issue with HBO MAX: It is not yet available on the Amazon Fire Stick and Roku players. It is on Xbox One and Android.
1 Reply
1
Reply Thu 11 Jun, 2020 12:18 pm
@Rebelofnj,
I also remember that there was an IOS/Apple issue with compatibility at one point.
0 Replies
1
Reply Thu 11 Jun, 2020 12:28 pm
@Rebelofnj,
Rebelofnj wrote:

My personal thoughts and experience:
...
*I haven't been too compelled to see any Prime show. It is not a total loss as I make heavy use of the Prime 2 day delivery.


I have all of the ones mentioned but DC Universe.
I also have VRV (which is a subsidiary of Crunchyroll and it includes the anime service HiDive) and FUNimation. Both are my current obsession these COVID days.

To a lesser extent, Disney+ I visit for the super occasional Pixar fix (even when I have a few of the respective BluRays). Now that they fixed the Simpsons early-season screen ratio problem where parts of the screen were cut off in the widescreen conversion, I will likely binge that show when the compulsion comes.

Amazon Prime is my least frequent visitor though I loved their lowkey science fiction shows like the first season of Homecoming (the second season of this anthology -?- is out); Upload - an afterlife/science fiction sitcom; and the slow-burner character driven Tales from the Loop.
0 Replies
1
Reply Wed 24 Jun, 2020 02:43 am
OMG!

0 Replies
1
Reply Fri 24 Jul, 2020 09:31 pm
Quibi on Pace to Hit Less Than 30% of Year-One Paid Subscriber Goal (Report)
Oh, Quibi! You unloved bastard child that no one wanted. Your patronizing business model is terrible. And your timing (entering the streaming wars at the beginning of a pandemic) is even worse.
1 Reply
1
Reply Sat 25 Jul, 2020 04:53 am
@tsarstepan,
Quote:

And your timing (entering the streaming wars at the beginning of a pandemic) is even worse.

You would think that would aid them, seeing as Disney+ saw more subscriptions, as well as HBO MAX and Peacock both launching during the pandemic.

Led by veteran Hollywood executive Jeffrey Katzenberg and former HP CEO Meg Whitman, the streaming service was designed to be a revolutionary way to watch videos on the go, with shows and films specifically formatted to work in both landscape and portrait modes. With nearly $2 billion raised before Quibi even launched in April and a long line of Hollywood talent on board to provide movies and shows, Katzenberg and Whitman felt pretty good about their prospects — even if analysts and media critics questioned the duo’s strategy.

Then the United States joined the rest of the world in shutting down due to the COVID-19 pandemic just a few weeks before Quibi launched. Quibi, a streaming service built around the premise that people would watch its shows on the go, now faced an entire population of potential subscribers stuck at home. In its brief six months of life, Quibi also faced a lawsuit backed by a wealthy foe, subscriber woes, and product feature hump. It never managed to escape being the app to ridicule.