Happy Columbus Day 2019! What does one do to traditionally celebrate the holiday?

What does one do to traditionally celebrate the holiday?

We know it's a holiday to celebrate the day when Christopher Columbus allegedly discovered the U.S.

Historians argue it was either Leif Erikson or Amerigo Vespucci who actually discovered the U.S.

Besides holding parades, how else do Americans celebrate the holiday?

I am curious- please help. Thank you.
Type: Question • Score: 3 • Views: 1,939 • Replies: 28
No top replies
2
Reply Sun 13 Oct, 2019 03:35 am
@JGoldman10,
I'm sure you are aware that there is growing criticism and backlash towards celebrating Columbus Day due to Christopher Columbus being involved with the slave trade and the genocide of the Native Americans.

A growing number of states and cities have renamed Columbus Day into Indigenous Peoples Day, honoring the Native Americans.
https://www.smithsonianmag.com/blogs/national-museum-american-indian/2019/10/11/indigenous-peoples-day-2019/
1 Reply
0
Reply Sun 13 Oct, 2019 04:33 am
@Rebelofnj,
No to your first statement. In response to your second, I think I heard and/or something about that.
2 Replies
1
Reply Sun 13 Oct, 2019 05:18 am
@JGoldman10,
Columbus never set foot on what would later become the United States. He first arrived In Cuba then Central America.
2 Replies
1
Reply Sun 13 Oct, 2019 05:45 am
@izzythepush,
Yup, and while as Governor in the Caribbean, he became known as a tyrant.

"Punishments [by Columbus] included cutting off people's ears and noses, parading women naked through the streets and selling them into slavery."
Columbus and his brothers were removed from power by the Spanish Monarchy, who were investigating reports of Columbus' brutality.
https://www.theguardian.com/world/2006/aug/07/books.spain
1 Reply
0
Reply Sun 13 Oct, 2019 05:49 am
@Rebelofnj,
I know he did some pretty terrible stuff, not someone we should be admiring.

And what most people forget is that he was wrong. The ancient Greeks had already calculated the size of the globe and came to the conclusion that the ocean between Europe and China was too vast to cross by ship.

They were right about the size, but they knew nothing of America. Columbus believed the Earth was much smaller which is why he named Cuba the West Indies.

He first arrived In Cuba then Central America.

I plan to celebrate with a good Havana cigar.
1 Reply
1
Reply Sun 13 Oct, 2019 07:20 am
@JGoldman10,
Apparantly, in Latin America (the area Columbus actually landed on, explored and ruled), celebrations are a bit different.

In many countries, October 12th is recognized as the Día de la Raza (Day of the Race) or Día de la Hispanidad (Hispanic Day) and is a national holiday. Mexico, Central America, and South America have focused on honoring the ethnic diversity of its people who have a common beginning, tradition, or language. These nationalities include Native Americans (such as the Mayans, Aztecs and Incas) and European nationalities (Spanish, Portuguese, and French).

Starting about 1988 and up to about 1994, there was a distinct pattern of events that went on every Columbus Day. And the first half of the event was a celebration of ethnic culture.

In the second half of the event, they would often travel to a Columbus statue that was usually in the center square of the city, and they would hold a protest event, which was a much more angry rather than a celebration of an ethnic culture, this was an angry event where they talked about injustices. And they talked about the horrors of colonization and so on and so forth.

No to your first statement. In response to your second, I think I heard and/or read something about that.

I plan to celebrate with a good Havana cigar.


I don't like cigars, not even when I used to smoke. One thing I noticed when on holiday in Mexico was the rush of Americans to get their hands on them.

They've always been available over here, so we weren't bothered.
0 Replies
1
Reply Sun 13 Oct, 2019 02:09 pm
Use the day to remember and recognize the indigenous peoples of the land.

While you're at it, ask yourself, Why do people use this as an Italian holiday, since the funding came from the peoples of Spain?


A good Indigenous Peoples Day, everyone. Remember the sacrifices these people made. You know, loss of life, loss of freedom, forced into Christianity (be sure to read Custer Died For Your Sins : An Indian Manifesto a wonderful and telling book, from Vine DeLoria, Jr.)

Why do some people object to celebrating Thanksgiving? Why is it a day of mourning for some Native tribes?
2 Replies
1
Reply Sun 13 Oct, 2019 02:31 pm
@JGoldman10,
Quote:

If Columbus was a monster, why is there a holiday named for him?

Really? I'm not sure if you are being facetious here.

The same holds true on your query about Thanksgiving.

You are a U.S. resident, the answers are obvious to all except the racists and feeble minded. The feeble minded can at least be excused for not knowing.

If you truly do not know, then do a research project through the internet.

Even take it a step beyond and create/craft a cartoon series based on what you find...and hopefully learn.
1 Reply
1
Reply Sun 13 Oct, 2019 03:04 pm
@Sturgis,
I was being serious. Was the person or party who established Columbus Day as a holiday know Columbus advocated slavery and genocide of Native Americans?

A quick Google search tells me:

"In 1937, President Franklin D. Roosevelt proclaimed Columbus Day a national holiday, largely as a result of intense lobbying by the Knights of Columbus, an influential Catholic fraternal organization."

Use the day to remember and recognize the indigenous peoples of the land.

While you're at it, ask yourself, Why do people use this as an Italian holiday, since the funding came from the peoples of Spain?


A good Indigenous Peoples Day, everyone. Remember the sacrifices these people made. You know, loss of life, loss of freedom, forced into Christianity (be sure to read Custer Died For Your Sins : An Indian Manifesto a wonderful and telling book, from Vine DeLoria, Jr.)

Yes how dare the European interfere with the religion cutting out of the beating hearts of young women for example by the Aztecs?

Once the lost colony of North Carolina disappear the Europeans should had taken the hint and leave forever also.

Sorry but the tribes for the most part was no better an no worst then the Europeans it just was that the Europeans was better at warfare then the native people.
1 Reply
1
Reply Sun 13 Oct, 2019 03:15 pm
@BillRM,
Hi Bill how are you?
0 Replies
2
Reply Sun 13 Oct, 2019 03:26 pm
@JGoldman10,
The Knights of Columbus are a Catholic fraternal organization.
According to Wikipedia,
"It was named in honor of the explorer Christopher Columbus. Originally serving as a mutual benefit society to working-class and immigrant Catholics in the United States, it developed into a fraternal benefit society dedicated to providing charitable services, including war and disaster relief, actively defending Catholicism in various nations, and promoting Catholic education."

Disclosure: I did receive an award from the Knights of Columbus for my years of Alter Service in church.

No one was thinking about what the Native Americans thought in the 1930s when Columbus Day was established. Native Americans couldn't even vote in the US elections until 1948.
0 Replies
1
Reply Mon 14 Oct, 2019 12:44 am
Wow- Google must really HATE Columbus Day. They aren't even acknowledging it's Columbus Day 2019 with a Google Doodle: 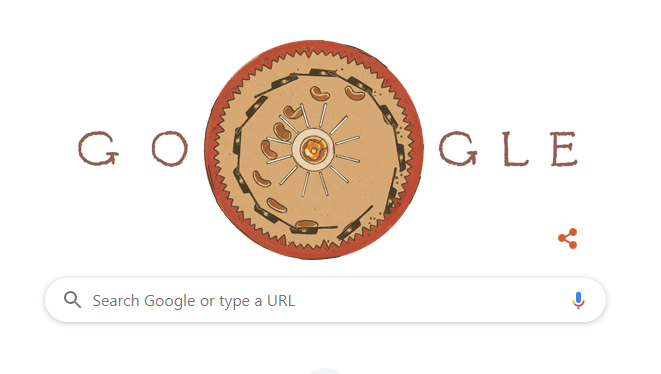 Which to me is kind of odd.
As of the time of the posting of this, it's Columbus Day 2019.

I don't really blame Google. Columbus was no hero.

According to the Google Doodle it's Joseph Antoine Ferdinand Plateau's 218 birthday. I don't even know who Joseph Plateau is.
2 Replies