The Terror of Low Hanging Fruit! What are the worst horror movies?

Forums: Movies, Films, Horror Movies, Worst Horror Movies Ever
Email this Topic • Print this Page
Reply Thu 15 Aug, 2019 10:44 am
There are far more terrible horror movies out there then there are decent ones. And ever rarer, great ones. So? Which are the worstest horror movies to stab your eyeballs?

Ssssss - let is sounds it is about snakes. So just there it gives one the creeps. Gotta watch it.

I was going to give the story but just in case anyone wants to watch I don't want to be spoiler on the plot. 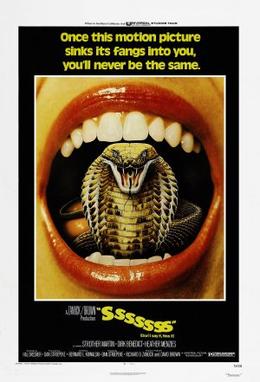 Loved that too
0 Replies
1
Reply Thu 15 Aug, 2019 12:59 pm
@tsarstepan,
We Are What We Are, strange movie with hints of cannibalism. If that's not enough, a bad storm which erodes the ground by the river, revealing...

An almost laugh-all-day horror movie would be 1987's Dolls. It serves as a reminder, he careful when stopping for an overnight stay in an unknown place.


And be sure to check out The Dorm That Dripped Blood. I could not stop laughing it was so terrorizingly bad. The blood looked more like a smashed jar of maraschino cherries

An early movie for me was The Beast of Yucca Flats. Atomic radiation gone bad! I was quite young and it did not impress me other than a way to hide from the authorities.

A movie I saw a decade after release was Five Million Years To Earth. (apparently the British title was Quatermass and the Pit.
My viewing took place at about 4:00-a.m.on New Year's Day 1977. It was the only thing on t.v. when I returned from a New Years Eve party. Seemed okay then, saw it again about 10 years later and it was perplexingly awful.

It will make you think of the London underground system(and all subways) differently.
1 Reply
1
Reply Fri 16 Aug, 2019 09:39 am
@Sturgis,
Dolls - is that anything like Child's Play?

1 Reply
2
Reply Fri 16 Aug, 2019 09:46 am
@Linkat,
Also wanted to add most of the worst horror movies are all the later sequels. So this is a bad horror movie to begin with and each later sequel got progressively worse.